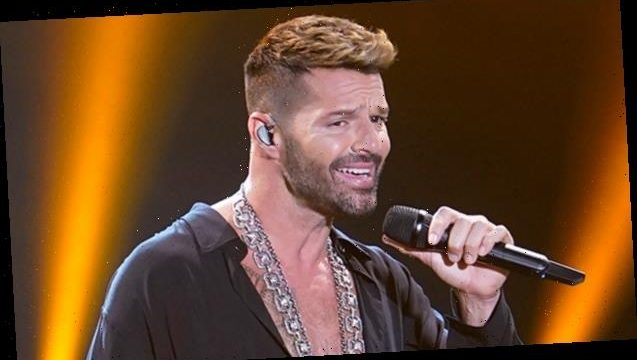 Ricky Martin made us do a double-take! The ‘She Bangs’ singer showed off his bleached blond beard while at the beach in a brand-new photo.

Ricky Martin wanted a drastic makeover, and he really went for it. The 49-year-old singer showed off his completely bleached beard in a new Instagram selfie on Jan. 21. “When bored, bleach,” he captioned his photo. His hair is still his natural brown, but his beard is totally blond now. He’s practically unrecognizable!

Ricky’s husband, Jwan Yosef, 37, commented on Ricky’s photo, “Babaaaaa.” He also added a heart eyes emoji. Ricky’s bleached beard has gotten the seal of approval from his hubby! Ricky was clearly feeling his look. He posted the same photo on his Instagram Story, as well as a black and white version.

The singer’s beard was dyed recently. His beard was his normal brown color on Jan. 17 when he posted a sweet photo with his son, Renn. He also showed off his brown beard on Jan. 10 while walking the beach with his husband.

Ricky and Jwan have four children together: twins Matteo and Valentino, 11; daughter Lucia, 2; and son Renn, 1. The singer has left the door open for expanding his family in the future. “I would love to have many grandkids in the future and have every Sunday filled with family but, you know, we have to see what happens,” he told Out magazine in Aug. 2020. He added, “Obviously adoption is an option and it’s very beautiful, but unfortunately for gay men, it’s very difficult to adopt in some countries.”

The singer has been staying busy amid the COVID-19 pandemic. In 2020, he launched Martin Music Lab that will focus on expanding Orbital Audio, an immersive listening technique, Forbes reported. “The sky’s the limit with this technique; it’s part of evolution,” Ricky told the outlet. “When people used to watch black and white television and all of a sudden there was color television, they never went back. This is the way I see it. It’s a before and after.”