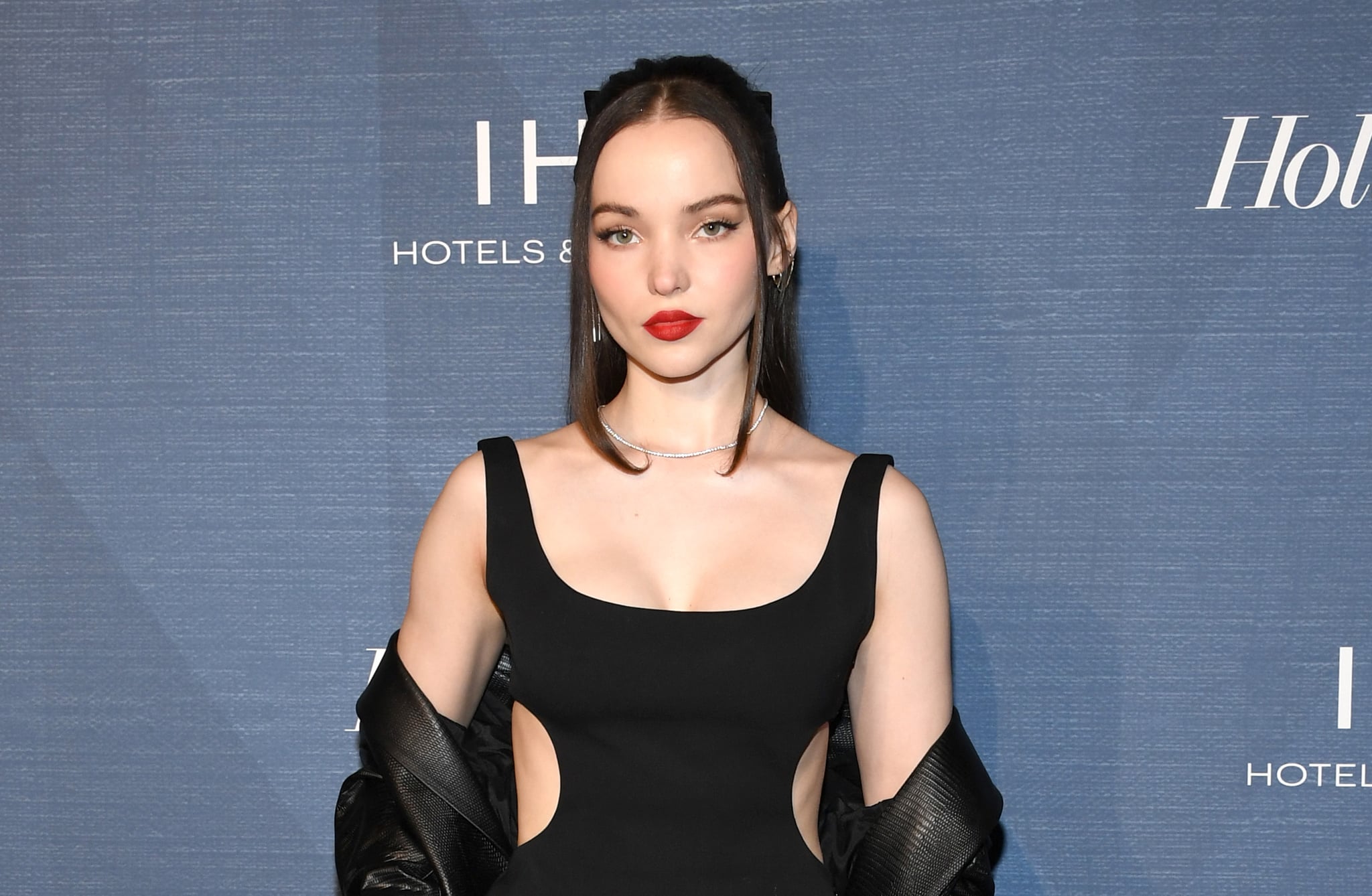 Dove Cameron just made another major beauty change. Cameron, who was long known as a resident blond, became a brunette last year and has gone even darker since. Now, it appears she’s also added baby bangs to the mix. While Cameron only offered the tiniest glimpse possible — via a very zoomed-in selfie on her Instagram Stories — it looks like her micro swoop bangs fall right above her brows. According to the small snapshot, Cameron may have also cut some layers but it’s difficult to tell.

Cameron’s new haircut is similar to Zoë Kravitz’s side-swept bangs, which she recently debuted at “The Batman” premiere a few weeks prior. As the trend gains more popularity among Hollywood stars, the two have joined other newly-minted members of the bangs club, including Hunter Schafer, Jennifer Aniston, and Kristen Stewart.

Though the “Boyfriend” singer has been through many a hair transformation — she’s dyed her hair every hue from pink to black — it’s been years since she’s had bangs. She last sported a purple wig with a long, brow-grazing fringe for her role as Mal in the “Descendants” series, but her recent cut is a far departure. Ahead, see Cameron’s tiny glimpse as we hope for a closer look.