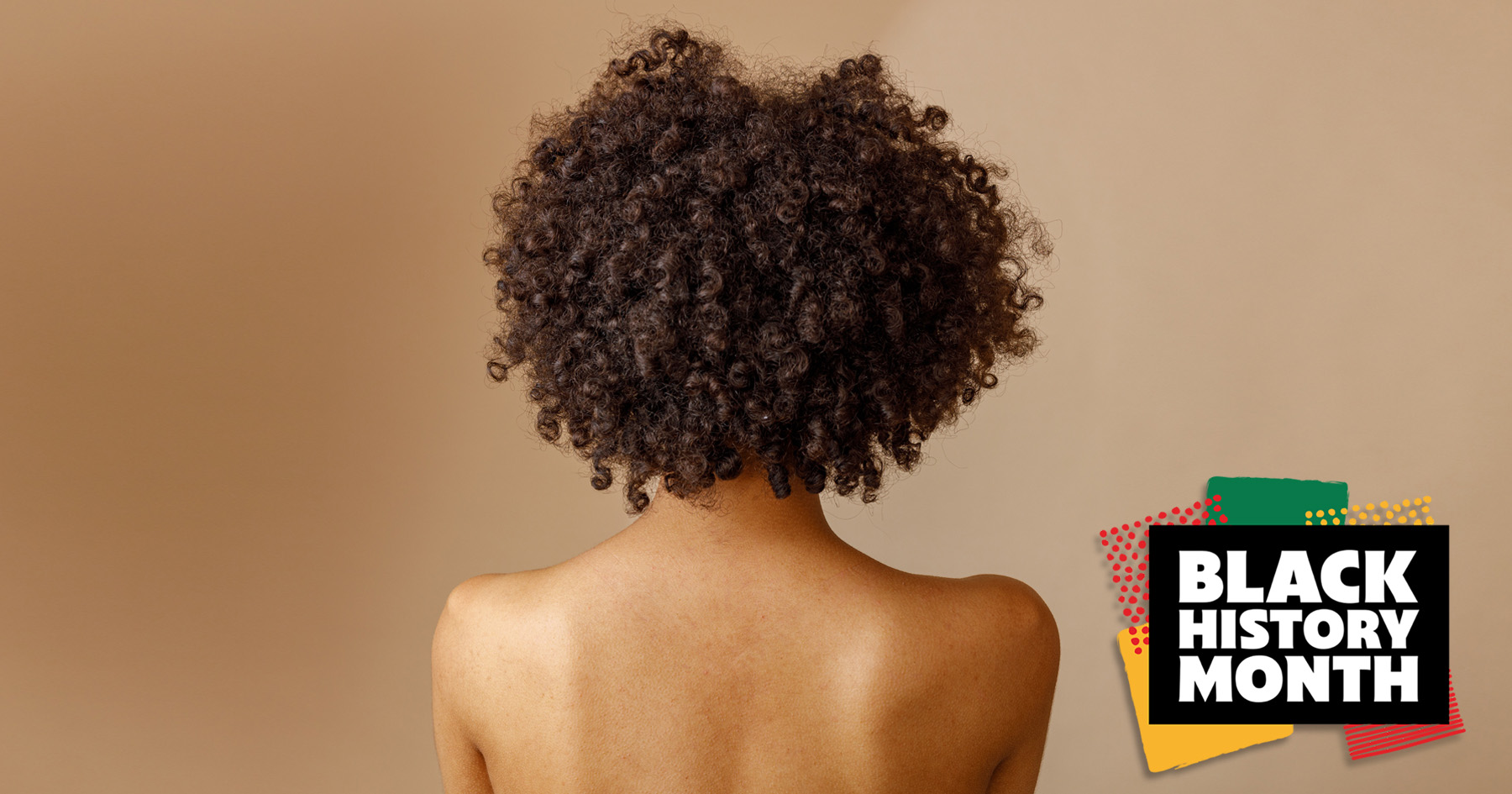 I still remember the feeling of euphoria after I had my hair chemically straightened for the first time when I was 16.

It may have burnt my scalp, damaged my hair to the point of extreme breakage, and meant I stopped swimming for years (as relaxer negatively reacts with chlorine) – but I didn’t care.

I finally had the sleek, swishy ponytail I had always dreamed of.

Despite my mum telling me again and again how beautiful my natural hair was, external influences were stronger – and the overwhelming message from outside our home was that Afro hair like mine was not beautiful.

My hair type is a combination of 3C/4A curls and coils. It is dry, thick and voluminous, with coils that reach upwards and outwards.

At primary school, I remember fending off hands that plunged themselves into my curls uninvited, trying to ignore sniggers as classmates flicked pencil sharpenings and bits of rubber into my ponytail to see if they would stick.

They were small moments that I mostly laughed off, but deep down I started taking on board their message: that my hair was only worthy of ridicule.

The fact that I never saw hair like mine on TV, films or in magazines reiterated this message. The people that society deemed beautiful, respected and successful did not have hair like mine. The few Black and mixed women I did see in the public eye – like pop princesses Ashanti and Ciara who I watched on repeat on MTV Base – all had impossibly straight hair.

But as a Black mixed woman with white heritage, I’m acutely aware that the prejudice I face is a lot less severe than those with tighter coils and more textured Afro hair – types 4B and 4C.

Discrimination against Afro hair is racism, pure and simple.

Just like judging someone for the colour of their skin, treating someone differently or making assumptions about them because of how their hair grows out of their head is brazen bigotry.

For many, hair discrimination begins much earlier in life

But hair discrimination is trickier because it is more easily disguised as ‘banter’, a simple ‘preference’, or explained away with vague claims about workplace policies.

Make no mistake, though –  this form of racism has real-world consequences that are much more damaging than superficial insults about appearance.

Last year, presenter Eammon Holmes told Dr Zoe Williams that her hair reminded him ‘of an alpaca’ on live TV.

He apologised after backlash, saying it was ‘an attempt at being humorous.’ But likening a Black woman’s hair to animal fur is not a joke – it’s dehumanising, demeaning, and causes real harm.

In the workplace, Black people have reported being subjected to hair bigotry related to their hair, with many told their natural styles – from Afros to braids – are ‘not professional’.

For many, hair discrimination begins much earlier in life. Just like it did for me.

According to new research by beauty brand Dove, these experiences of race-based hair discrimination can start as early as five years old.

Nearly half (42%) of Black and mixed women with Afro and textured hair have experienced this type of prejudice at school.

And the trauma this causes can last a lifetime.

Just this week, following a performance on Strictly Come Dancing, performer Motsi Mabuse was criticised on Twitter, with viewers calling her hair ‘distracting’, and one saying it looked like she had a ‘poodle on her head’.

It shows up in other ways too, like Black bridesmaids being told their natural hair isn’t a suitable style for a wedding.

The accumulation of a lifetime of these microaggressions builds up and lingers in your mind.

I was in my mid 20s when I decided to stop relaxing my hair. I had moved to London, surrounded myself with more diverse circles, and the move coincided with the growth of the natural hair movement. Suddenly, Black models with Afros and braids were on billboards and TV shows.

There were also more mainstream conversations about microaggressions, unconscious bias, and Eurocentric beauty standards. This new language gave me what I needed to reassess my own relationship with my hair.

I internalised a lot of the hair-related bigotry that I faced in my early life, and as a result it took me years, decades, to embrace my natural curls, to see them as beautiful, having wasted so much time hating my hair, burning it and breaking it to try to emulate white friends.

Now, I can see that this is because we were repeatedly bombarded with the message that Black hair is not beautiful, not professional, not acceptable, and it pains me to think that children in school now might still have to go through a similar journey.

In 2020, a student won a payout of £8,500 after being left ‘humiliated’ and ‘stressed’ when she was repeatedly sent home from her school in east London for letting her Afro hair grow naturally.

In 2019, a mother in Birmingham started a petition to change the school rules after her five-year-old son was allegedly excluded for not adhering to the hair policy requiring boys to have a cut no shorter than a grade 2.

There have been some steps forward. In 2020, the ​​first ‘Afro hair code’ launched with the aim of protecting Black people from hair discrimination at work and in education.

The Halo Code encourages schools and businesses to sign up to their pledge to protect Black students and employees who come to school or work with natural hair and protective hairstyles associated with their racial, ethnic, and cultural identities.

Afro hair discrimination must be taken as seriously as other forms of racism. From ignorant comments and uninvited ‘petting’, to institutional policies that penalise people with Black hair, the impact of this behaviour is undeniably traumatic.

And I don’t want another generation to have to grapple with the lasting impacts of these damaging beliefs.

October marks Black History Month, which reflects on the achievements, cultures and contributions of Black people in the UK and across the globe, as well as educating others about the diverse history of those from African and Caribbean descent.

For more information about the events and celebrations that are taking place this year, visit the official Black History Month website.