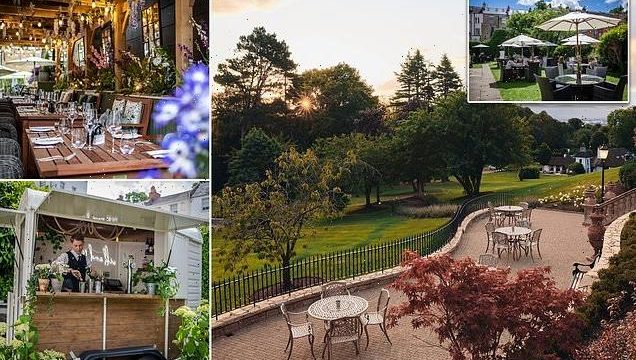 The best UK hotels for alfresco dining, from a Carlisle retreat that has a ‘secret garden’ to a Northern Irish bolthole with an outdoor gin and ice cream bar

Every week, our Holiday Hero Neil Simpson takes an in-depth look at a brilliant holiday topic, doing all the legwork so you don’t have to. This week: alfresco dining at staycation hotels.

Sensational summer weather has seen outdoor dining become the hottest attraction for hotel guests. And few restaurants with alfresco seating are as aptly named as Leaf, on the edge of the private garden behind Castle Hotel Windsor.

Fresh, healthy meals include build-your-own salads – and why not indulge in a side order of baked camembert and finish with Windsor mess? 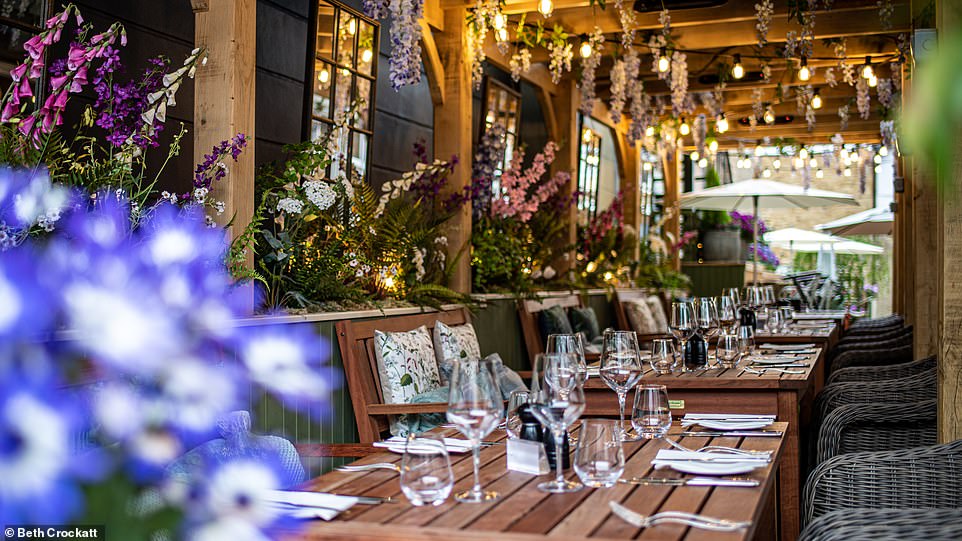 Drinks served in the shade of tall trees include beers from Windsor & Eton Brewery, and the local Stanlake Park chardonnay.

The hotel itself dates from 1528 and is set directly opposite Windsor Castle. Rooms cost from £154 per night (castlehotelwindsor.com).

With views across Leven Valley towards North York Moors, alfresco dining in a historic sunken garden can be the highlight of a stay in Crathorne Hall Hotel near Middlesbrough. Breakfast, lunch, afternoon tea (with seasonal ingredients and Taylors of Harrogate tea) and dinner can all be taken outdoors. 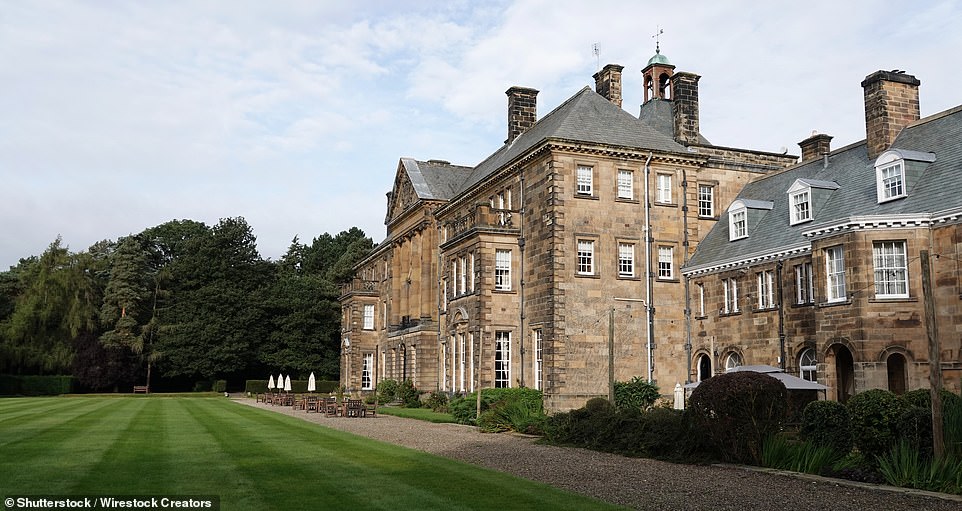 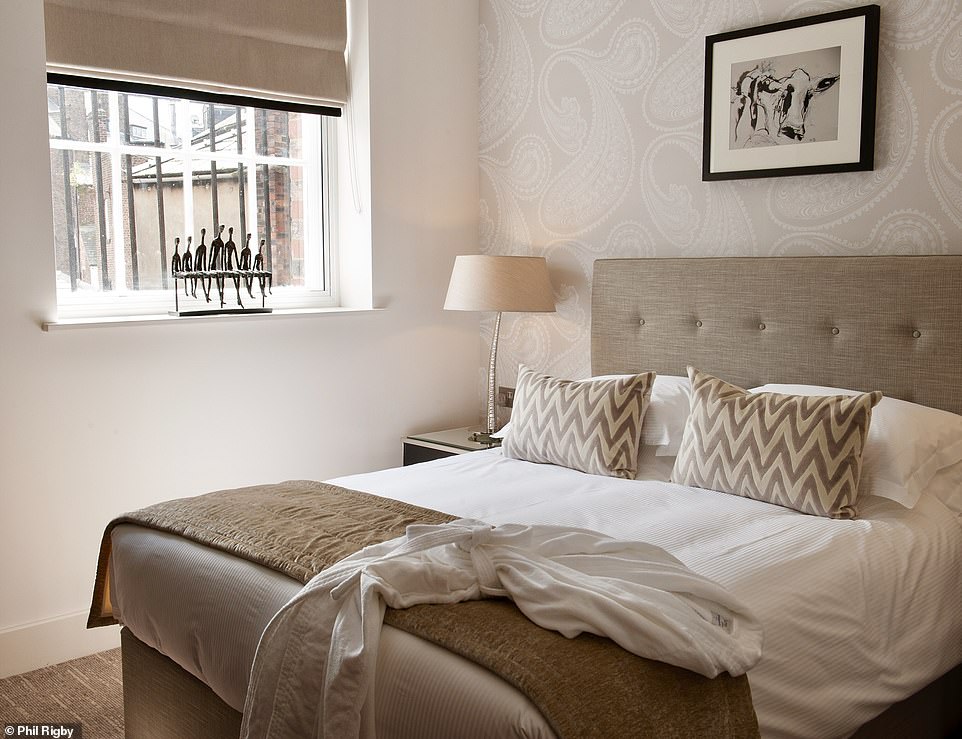 The Halston hotel in Carlisle, pictured, is perfect for a stop en route to the Lake District or beyond to Hadrian’s Wall 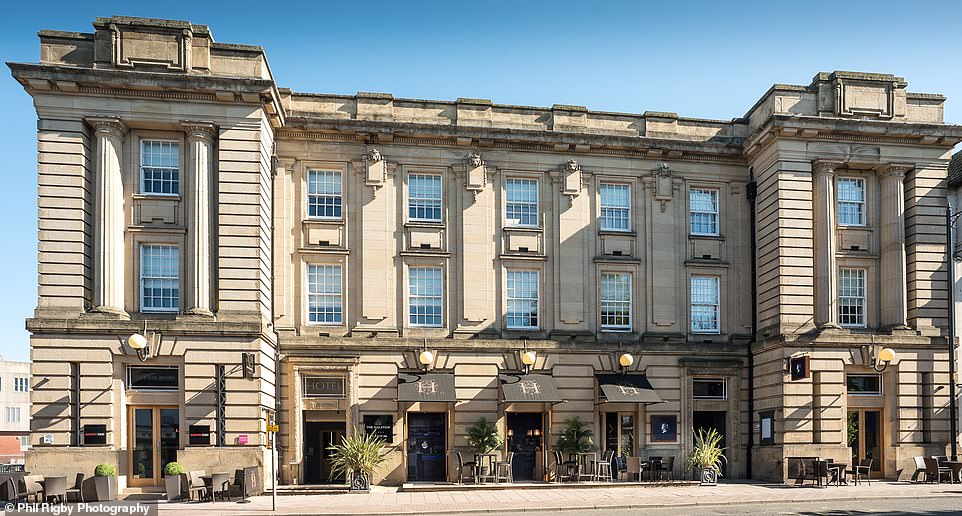 The Halston hotel, where rooms cost from £94 per night, is set within a former post office building 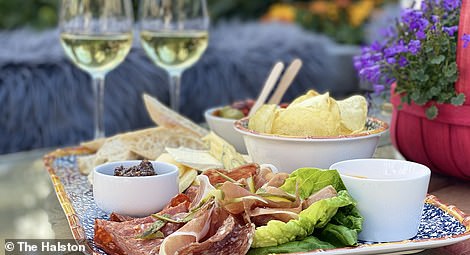 Above is an alfresco meal at The Halston hotel

Water features and cosy corners abound in the 15-acre gardens, so enjoy a stroll across the manicured lawns before a game of croquet.

Crathorne Hall, originally a country house, was completed in 1906. Today it has 37 lavish rooms and has played host to Prince Charles, the late Queen Mother and no fewer than four prime ministers.

Rooms cost from £155 per night (handpickedhotels.co.uk).

Fire pits and strings of fairy lights add magic to evening meals in the ‘secret garden’ of The Halston hotel in Carlisle, perfect for a stop en route to the Lake District or beyond to Hadrian’s Wall.

Set within the city’s former post office building, guests can sip Penny Black cocktails (a mix of elderflower gin, raspberry liqueur and prosecco) on the terrace, or eat under the stars at the hotel’s Penny Blue restaurant.

Rooms cost from £94 per night (thehalston.com). 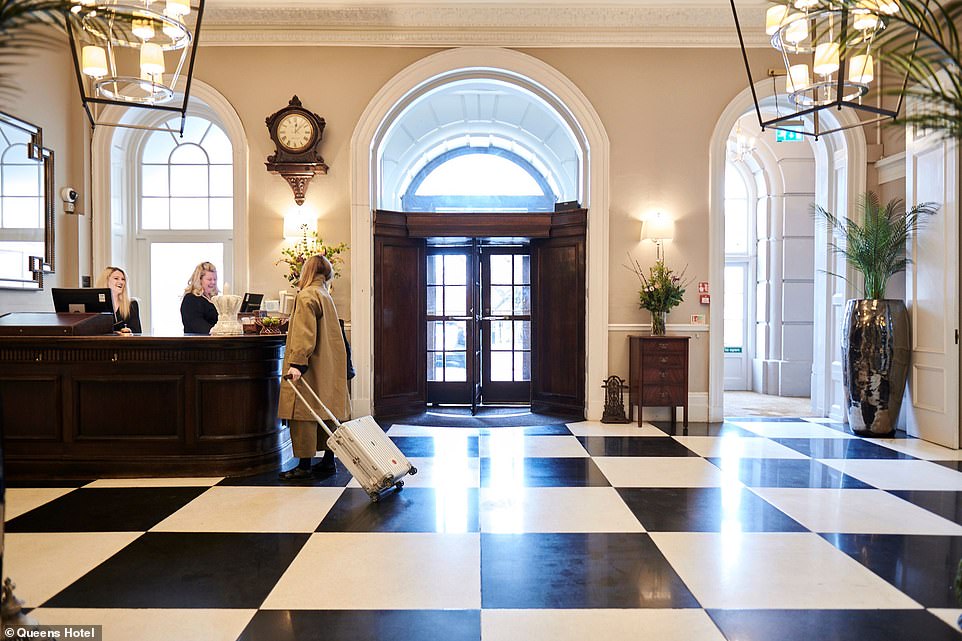 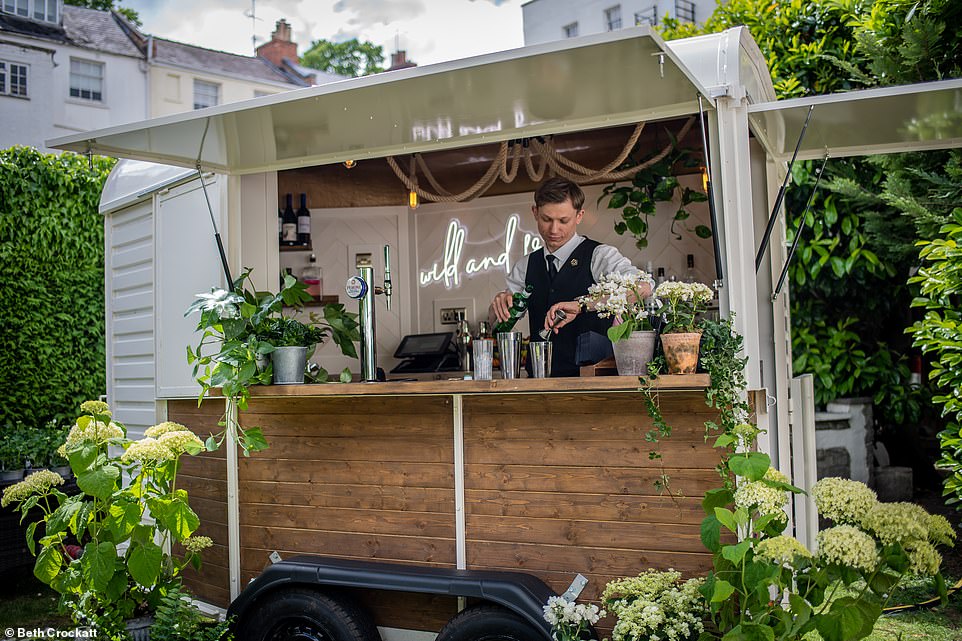 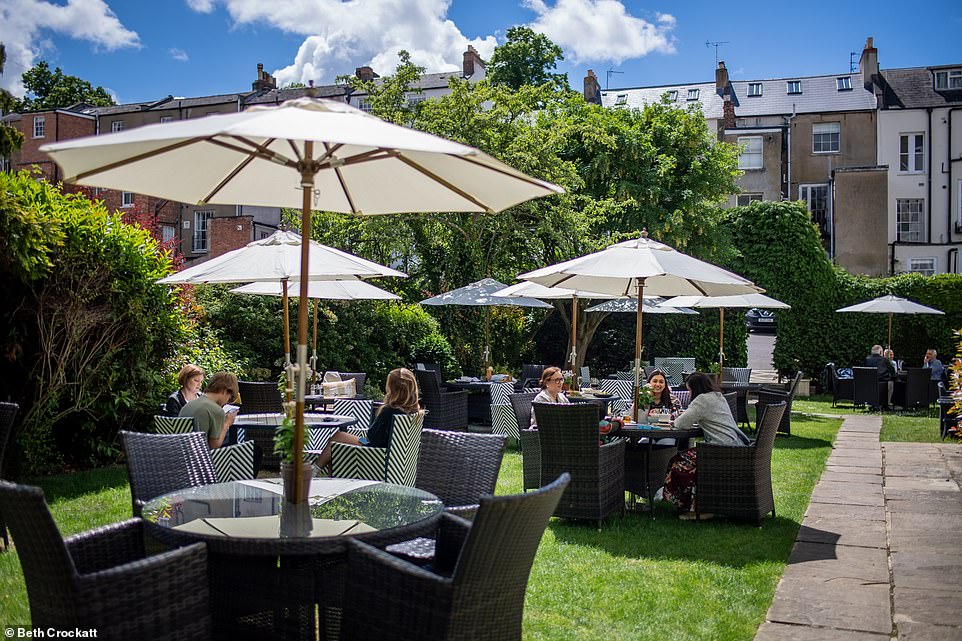 Take your pick from the ‘best of British’ menu of drinks at Queens Hotel, which includes Cotswolds cider and rose wine from Kent 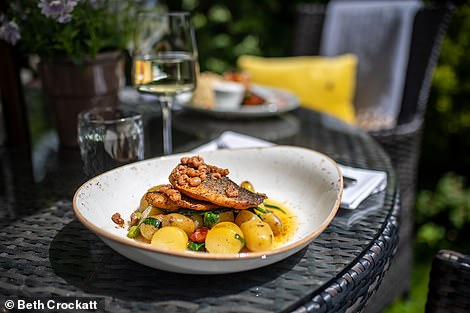 A tasty dish at Queens Hotel

Expect a funky twist on the traditional at Cheltenham’s Queens Hotel.

A quirky horse-box bar has pride of place in the scented summer garden where a ‘best of British’ menu of drinks includes Cotswolds cider and rosé wine from Kent.

Guests can also enjoy long lunches and lazy dinners in the sun at the hotel’s Victoria’s restaurant.

Rooms cost from £117 per night (queenshotelcheltenham.co.uk).

At Lamphey Court Hotel & Spa in Pembroke, tables spill out over the gardens from its Conservatory restaurant.

Food is as fresh as the Welsh country air: tuck into lobster from nearby Freshwater Bay, salmon from River Teifi and lamb from the Preseli Hills.

Staff can also arrange takeaway lunches if you want to picnic in the grounds or along the Pembrokeshire coast.

Rooms cost from £99 per night (lampheycourt.co.uk). 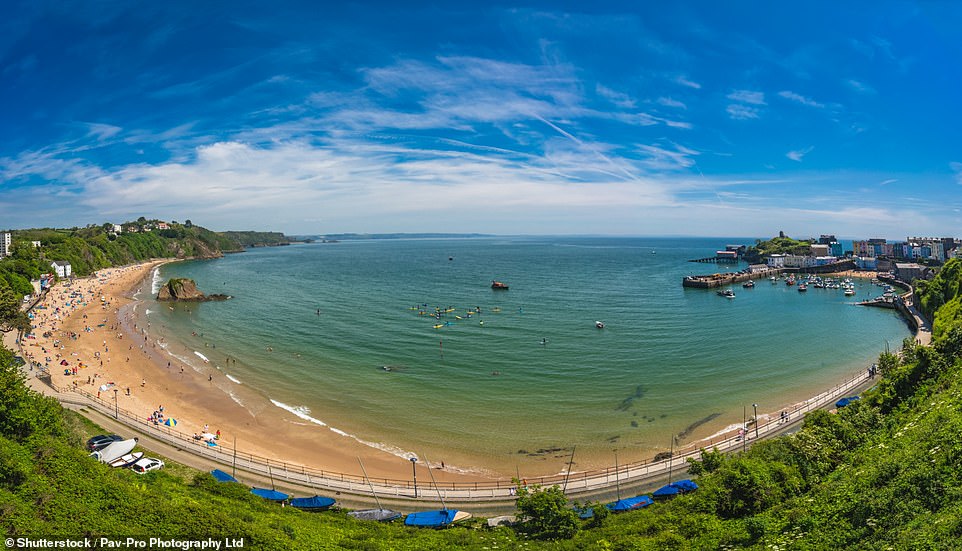 Staff at Lamphey Court Hotel & Spa in Pembroke can arrange takeaway lunches if you want to picnic along the Pembrokeshire coast. Above is the county’s pretty Tenby Beach 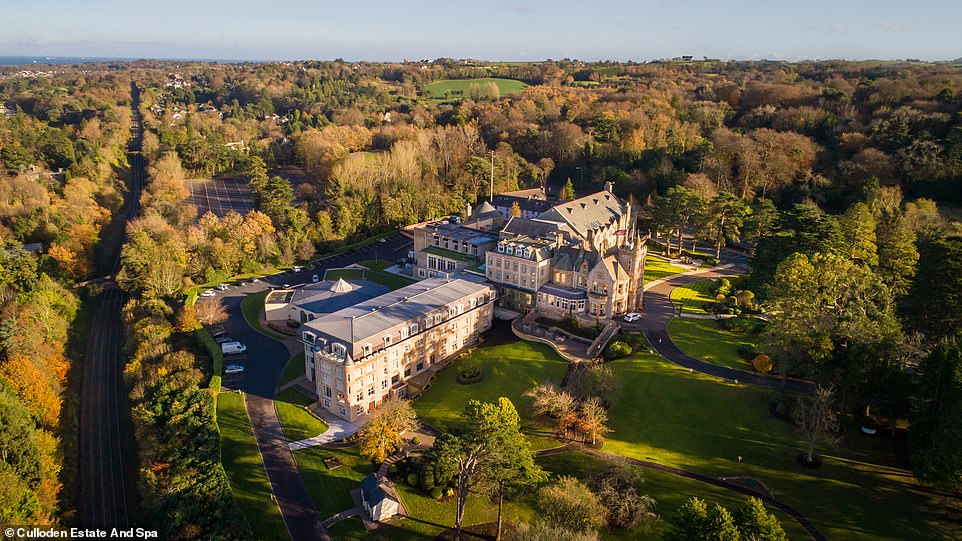 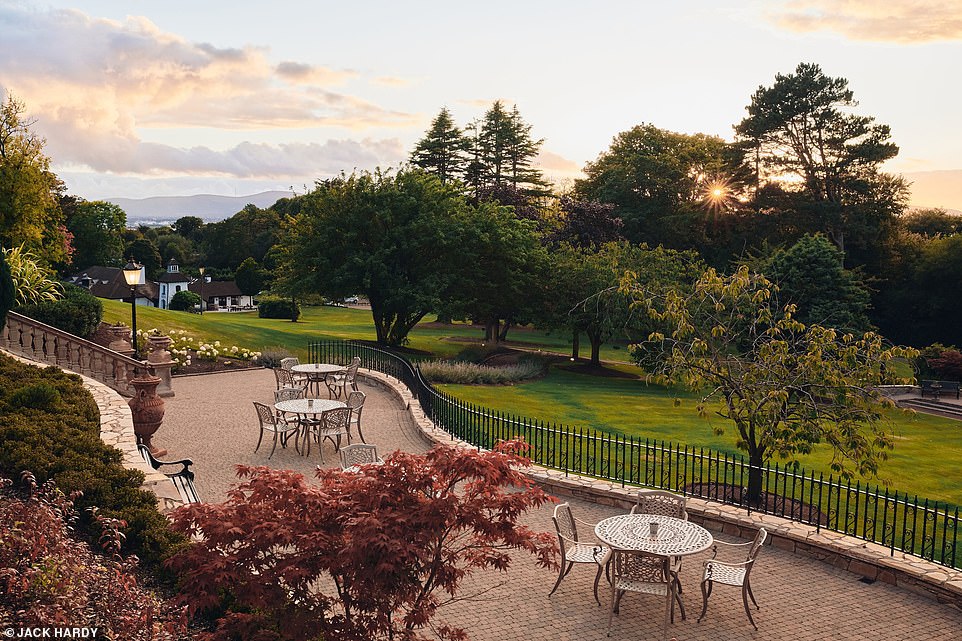 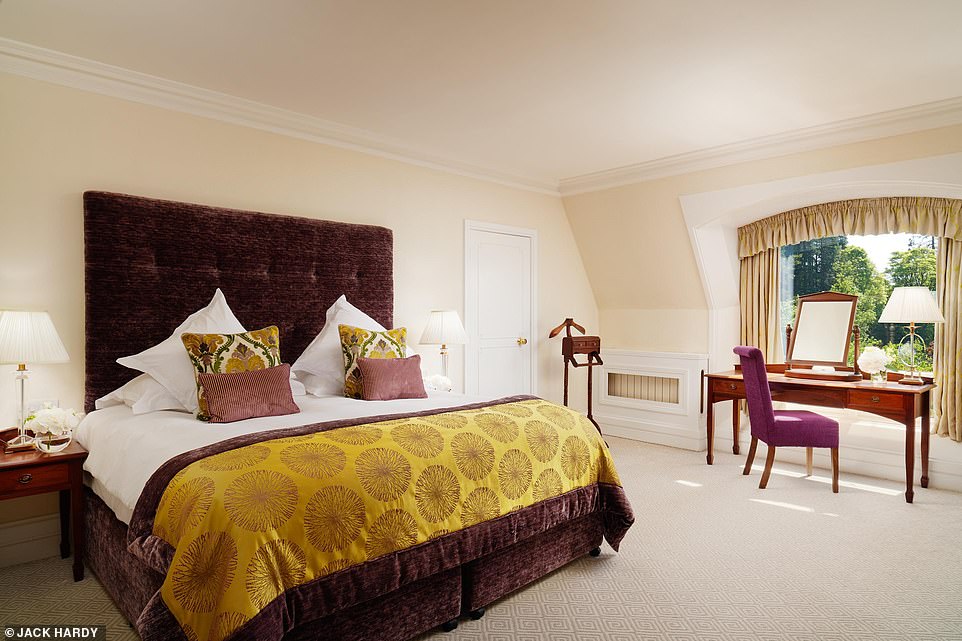 Breaks at the Culloden Estate And Spa cost from £250pp per night. Above is a suite at the hotel

Book a short stay at the five-star Culloden Estate And Spa outside Belfast and the alfresco experience includes an Italianesque garden with a gin and gelato bar at its heart.

Breaks cost from £250pp per night.