A bunker built by German troops in northern France during World War Two has been given an unlikely new lease of life as a stylish underground guesthouse.

Located in the north of France, this quirky property now welcomes history buffs and curious visitors after being buried for years.

France’s northern coast, including in Brittany and Normandy, is still strewn with fortifications left behind by the German army, which built up a so-called Atlantic Wall to try and fend off Allied Forces after invading France in 1940.

In Saint-Pabu, on the Breton seaside, concrete bunkers are half buried along the sandy beaches, in an area that once operated as a radar station to detect planes.

Serge Colliou, a bunker enthusiast, bought up a plot of land in the area, and spent 18 months digging out and renovating the 400 square metre bunker, turning it fully-functioning rental, complete with a bar area and cosy living room.

Nods to the war are present throughout the space, with memorabilia like helmets and reproductions of guns, although Colliou says he wanted to allow guests to enjoy the space for parties too.

‘We adapted (the bunker) while preserving a certain feel,’ says Colliou. 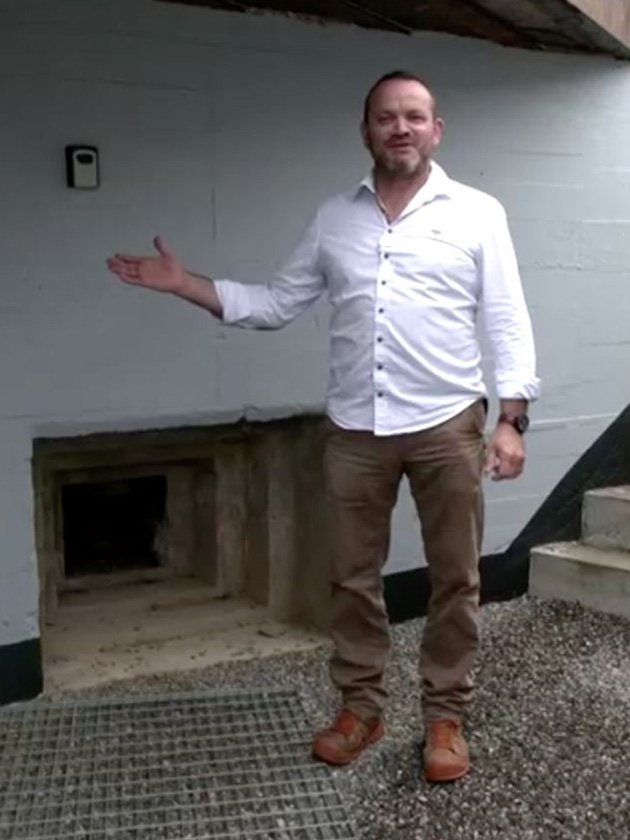 ‘We wanted to give the building a second life, so we are not going to live in the past forever. We saved some aspects, you know where you are, there are historic cues, but this isn’t a museum either.’

The site, which is now in a residential area and surrounded by houses and gardens close to the coast, was once operated by 30 men in the German Airforce or Luftwaffe.

So, this isn’t a cheap experience – but it will certainly be a memorable one.

Some local politicians in France have tried to remove historic remains in the region – such as bunkers on beaches – in part as they can sometimes pose a danger to bathers.

Some of the fortifications may be preserved for historical reasons, however, including in areas such as Saint-Nazaire, La Rochelle and Brest, and restored.

So if you fancy a slice of living history on your next getaway, you know where to stay.