LEGOLAND has chosen its 25th birthday to really grow up.

The kids’ paradise, in Windsor, has always seemed a more toddler-friendly option than nearby Chessington Zoo and Thorpe Park. 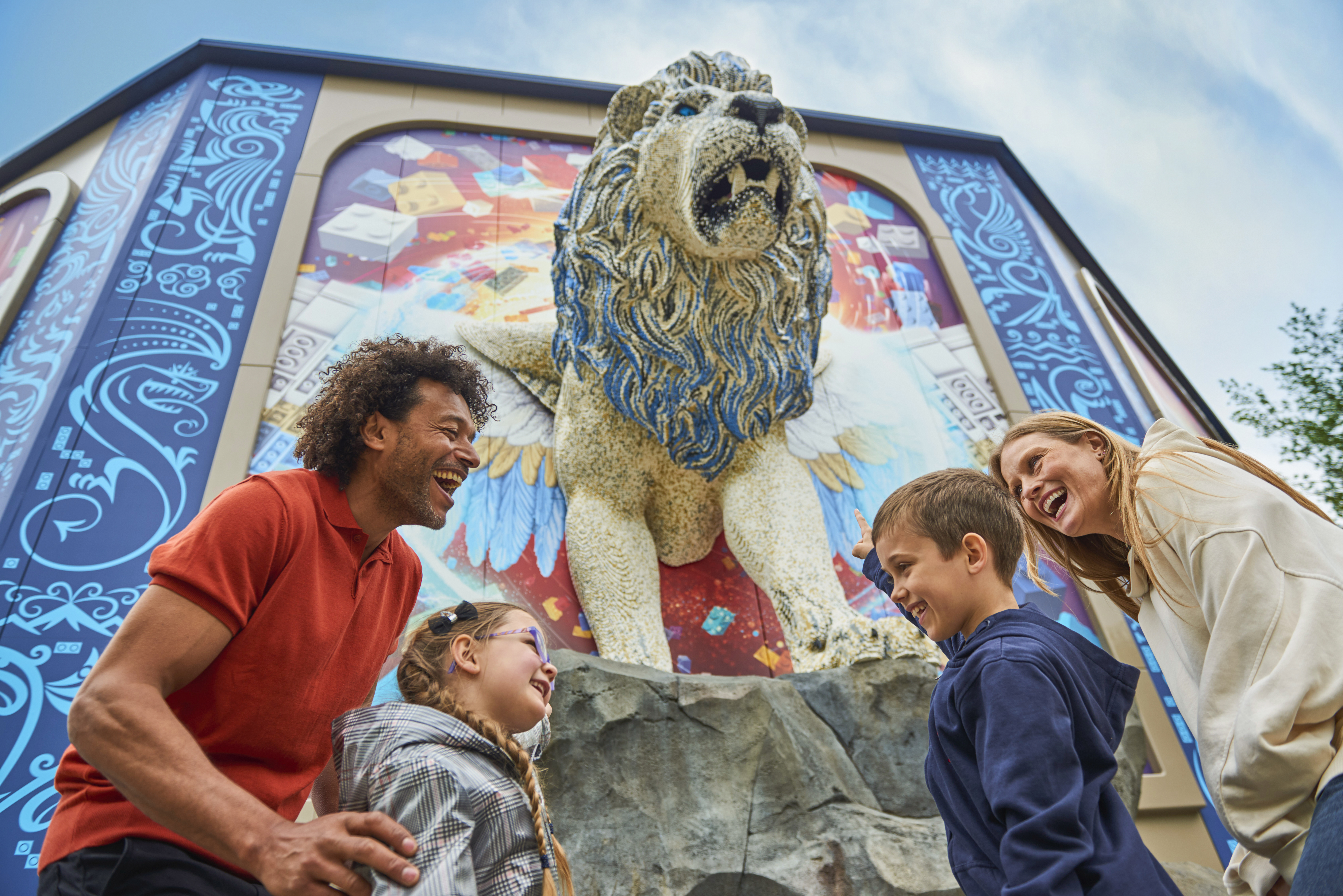 But its £20million new land Mythica: World Of Mythical Creatures, which opens today, will have older children entranced too.

Its signature attraction, Flight Of The Sky Lion, is the UK’s first flying theatre experience, with the 25- metre-tall ride and 4D film show perfectly synchronised with immersive effects.

On board the flying gondola, guests fly through a Lego portal into the parallel universe of Mythica, where brick-built creatures come to spectacular life.

Soaring above the stunning landscape of Mythica, under the wing of Sky Lion Maximus, they will feel mist as they swoop over the ocean, and wind as they dive down to the depths — and will even take in the smell of a baby Lego lava dragon’s burp.

The startling realism had us concerned our shoes would fly off into the ether, and our excited five-year-old needed a breather to recover from the threat of Lego venus flytraps trying to gobble him up.

Plus, the Legoland app lets guests scan the land’s amazing models and watch a white lion, two-headed ­serpent and even a flying unicorn come to life on their device.

But Legoland is not just about a day out any more. In the post-pandemic staycation era, The Castle Hotel offers a ­sensational night’s sleep and entertainment.

The theming is fantastic, from ultraviolet lighting in the lifts to the interactive throne in the foyer that is both a photo opportunity and a comedy feature. 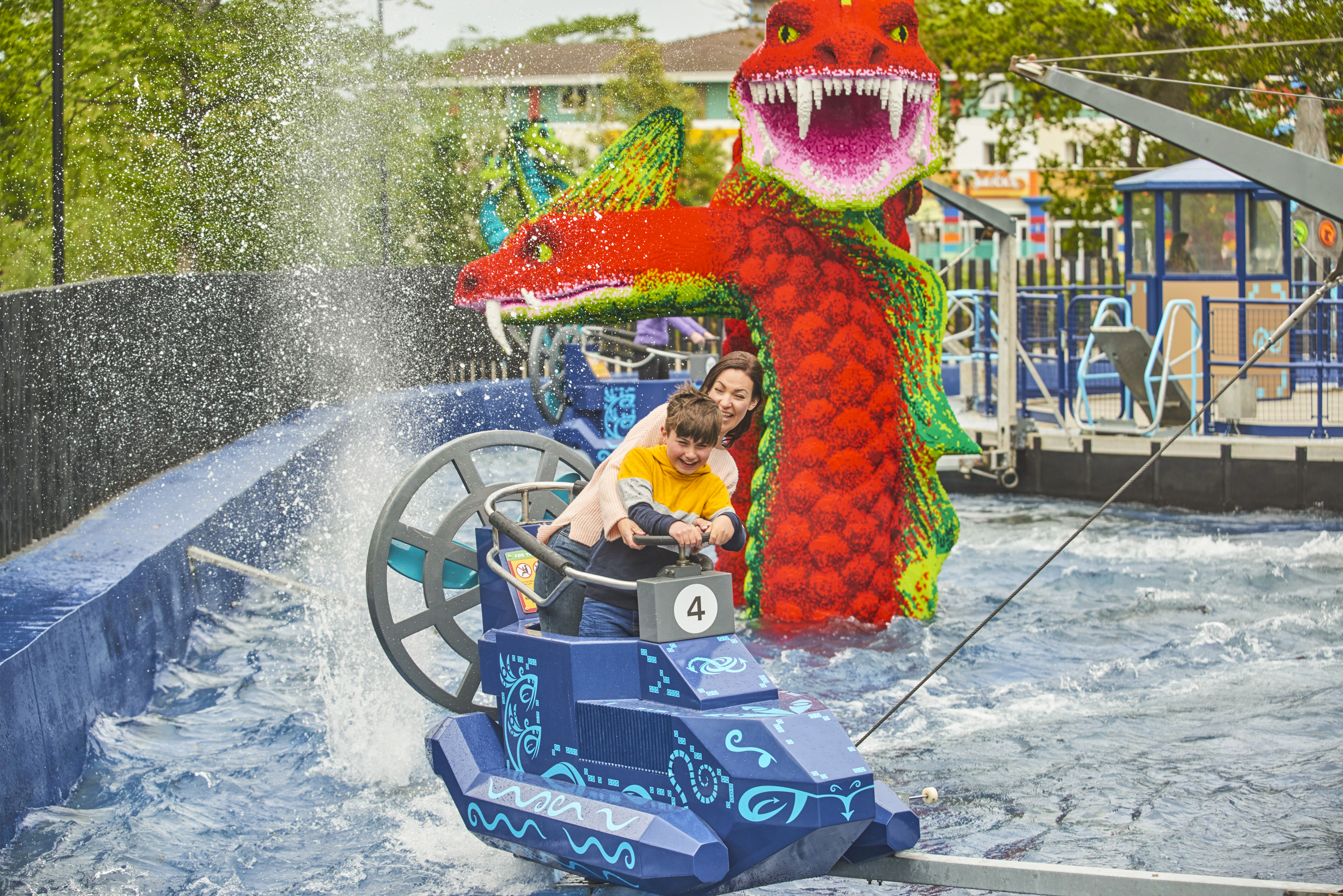 Inside the rooms, time and effort has been taken to please everyone.

The espresso machine is a godsend — once moved out of reach of overexcited hands.

And the children’s treasure- trail game takes just enough time to distract little ones while all the clothes are unpacked.

The Tournament Tavern restaurant may look like a medieval outpost but the food is very much 21st century.

The quality is excellent and it seems almost rude to the chefs that you are wolfing down their Devonshire crab, smoked duck or roasted halibut while frantically trying to decide whose turn it is to keep the kids entertained on the iPad or in the adjoining adventure playground.

But almost everyone is in the same boat, wiping grazed knees at the same time as mopping up linguine in truffle sauce.

It is impossible to act pretentious in a restaurant that has a giant green dragon over the fireplace and a trio of knights singing happy birthday to lucky diners.

The atmosphere is fun and the food is very good.

Kids’ meals cost £17.99 for two courses, £19.99 for three, but are guaranteed to keep little ones happy — and are healthy, too, with lots of hidden veggies.

Staff at Legoland seem very invested in their career there. At the hotel, Jane and Archibald remained constantly helpful and polite, despite spending so much time around screaming children. 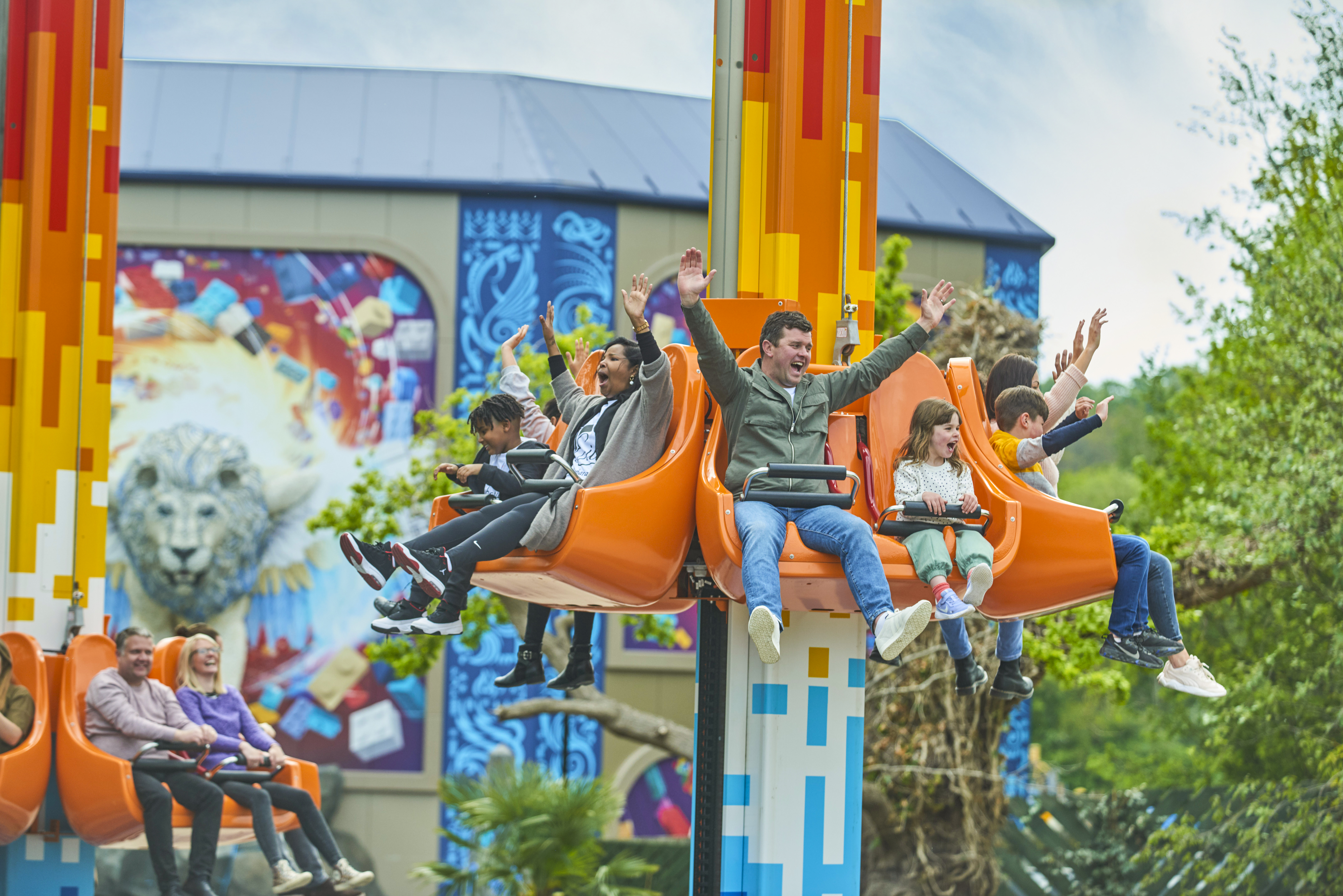 And Scott in the Skyline bar has a wealth of knowledge, having started his career on the rides before working his way up the ­ladder and he remains a Legoland fan and employee.

Now that sunny weather seems finally to be upon us, the return of Drench Towers, the largest water play structure in the UK, will help fill the park with shrieks and screams of delight as everyone gets soaked.

For rides, The Dragon, Jolly Rocker and Pirate Falls: Treasure Quest remain the best at the top end of height restrictions.

But the real joy of Legoland is the range of rides small kids are allowed on.

And, on dry days, adventure playgrounds Castaway Camp and Duplo Playtown are brilliant fun and can often end up more alluring than all the mechanical wonders nearby.

Legoland is now a treat for the thrill-seeker, gourmet and tech fan alike.

GETTING/STAYING THERE: Day tickets are from £29pp, kids under 90cm go free. Pre-book tickets at legoland.co.uk.

Make a weekend of it with an overnight stay at the Legoland Windsor Resort Hotel or the Legoland Castle Hotel with prices starting from £401 for a family of four.