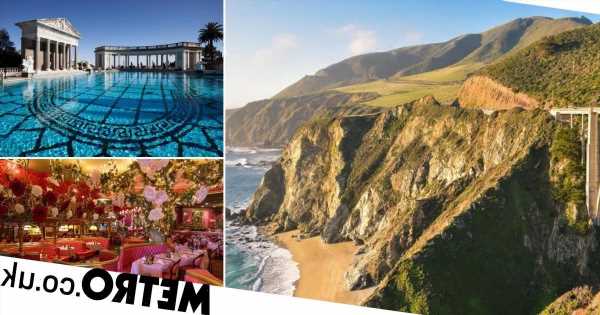 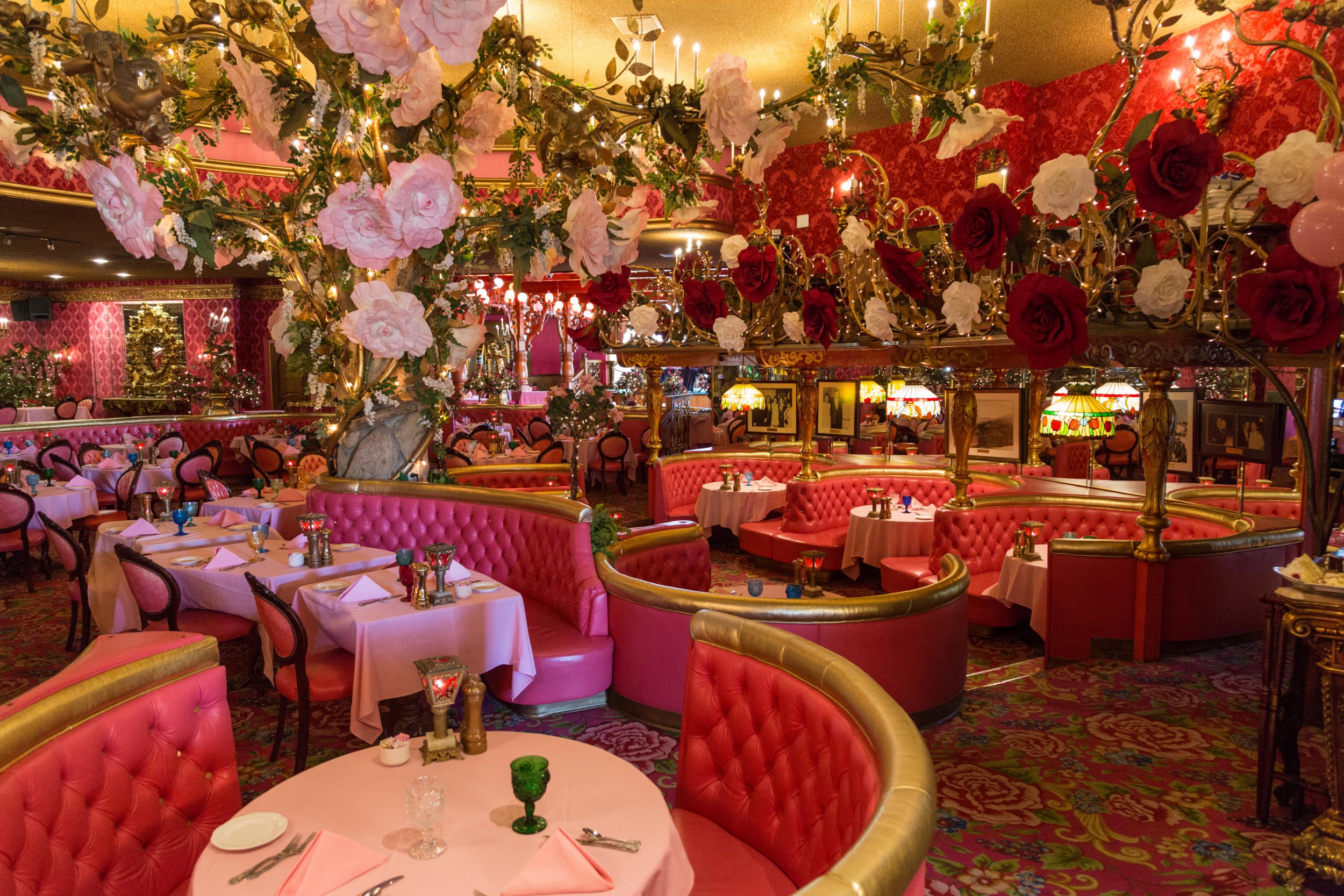 I’ve barely been in California for 48 hours and already I think I’ve found my spiritual home.

It’s heavy on the use of pink, completely kitsch and its in-house bakery serves massive slabs of cake, including that retro fave, Black Forest gateau.

This is the (in)famous Madonna Inn, a frothy confection of a hotel located just off Highway 101, which has welcomed guests from rock star Debbie Harry to bad boy actor Macaulay Culkin (rooms from £160pn).

Constructed in 1958 by the Madonna family (no, not that one), it’s grown from a relatively modest motel with 12 themed rooms to a sprawling ranch-like affair with ten times that number, many of them built from vast chunks of rock, which give certain chambers a rather Flintstone family feel.

I’ve arrived after a three-and-a-half hour drive down the ridiculously scenic Highway 101 from San Francisco.

Skimming the Pacific Coast, I wend my way past massive rocky monoliths jutting out of the ocean with waves crashing at their base, impressive waterside homes, cute stone bridges (including Bixby Creek, star of the opening credits of Big Little Lies), and hills and mountains to the other side.

Madonna Inn is located in the heart of San Luis Obispo County, which is midway between San Francisco and LA – and as a result is often overlooked in favour of one of those big cities. But with more than 350 miles of coastline, it’s a burgeoning region of beaches, wineries and nature, where you can do anything from ziplining through a vineyard to waterskiing on a lake.

I start gently, however, with a visit to an even more over-the-top construction: Hearst Castle. Built for publishing magnate William Randolph Hearst between 1919 and 1947, it was so elaborate that it served as the inspiration for Xanadu, home to fictional tycoon Charles Foster Kane in the 1941 film masterpiece Citizen Kane.

The main house has 115 rooms stuffed with art, plus three guest ‘cottages’, two pools and eight acres of gardens, which back in the day included a zoo complete with zebra, polar bears and tigers. The whole thing is perched 488m up on a hilltop known as La Cuesta Encantada, or the Enchanted Hill.

In its heyday, it hosted parties featuring all the Hollywood greats, from Clark Gable to Greta Garbo, Charlie Chaplin to Bette Davis (Hearst didn’t let a little thing like Prohibition stop him having a good time, either, explains our guide – he created a lockable wine cellar under the main house which could hold 10,000 bottles).

Sticking to the coast, I head next for Morro Bay, a cute little seaside town where the streets have names like Driftwood, Marina and Anchor.

It’s time to tackle some local wildlife, from a safe distance at least: a kayaking trip through the bay will provide sightings of seals and sea otters, according to the friendly Bailey at Estero Adventures (one-hour tandem kayak rental from £22).

‘We ask everyone to be sea otter savvy,’ she informs me. ‘Give them space, back away if their behaviour changes and don’t circle them or approach them head on.’
We see hordes of rather stinky seals almost immediately, hanging out on a floating deck, but I can barely conceal my squeals of excitement when I spot a couple of otters, drifting adorably on their backs, their little paws sticking up through the water.

By now it’s reached wine o’clock (well, midday) and one of the biggest concentrations of wineries here is a few miles inland, around the rolling hills of Paso Robles.

There are over 200, many specialising in robust reds – syrah, cabernet, GSM (a blend of grenache, syrah and mourvèdre). You can do tastings at places such as Niner or Tooth & Nail but I’m looking for something lighter and head to the Edna Valley.

Family-run Chamisal has crisp chardonnays, while Tolosa’s delicate pinot noirs are their signature. Now, if only any of them did a nice pink rosé, I think I’d probably stay here forever…