The only thing missing was the people. 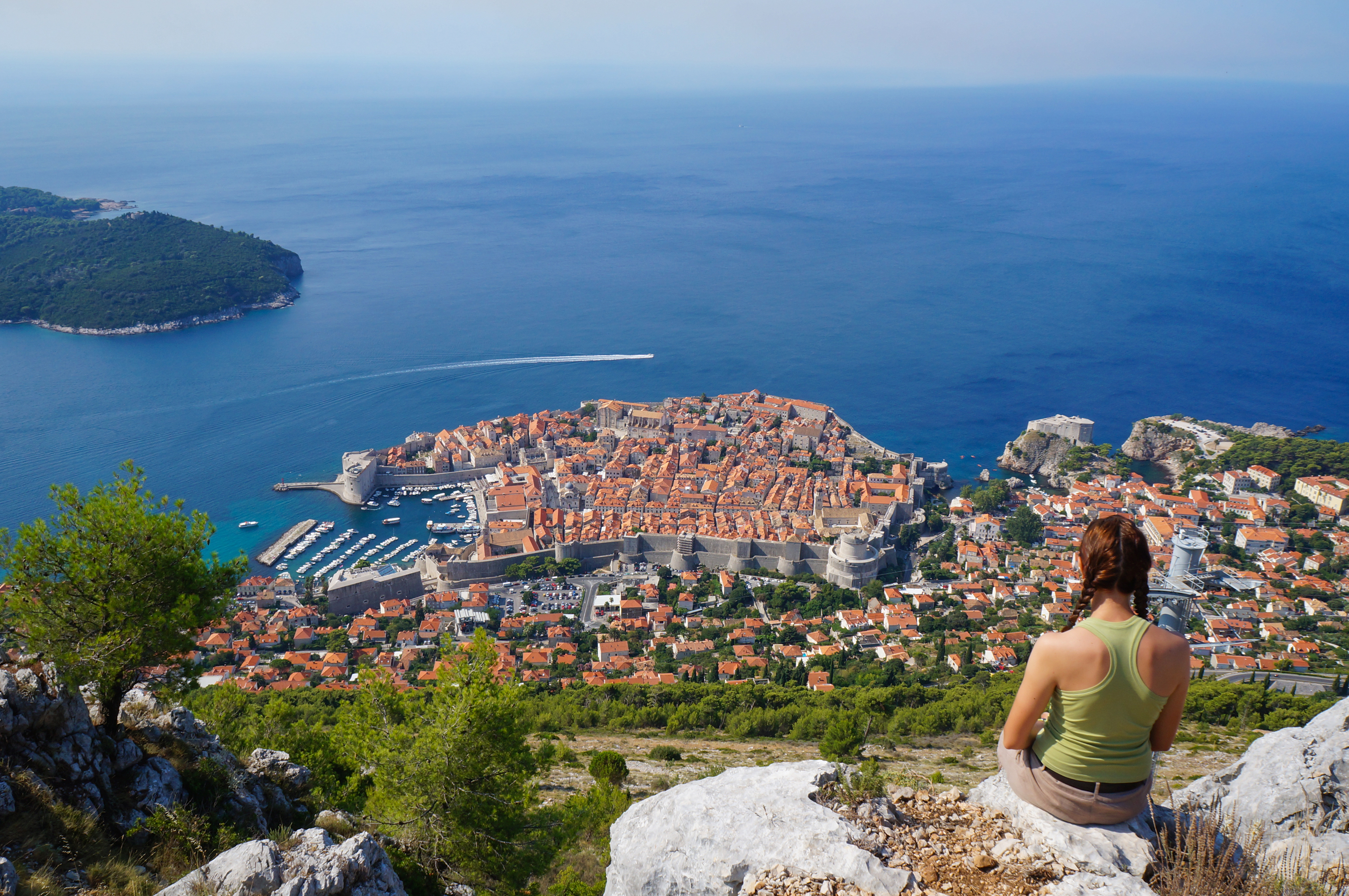 In that heady period last ­summer in between lockdowns, when European borders had briefly opened, I was back in Croatia’s most visited city — and one of its most captivating.

But with no cruise ships or coaches full of daytrippers, the usual 10,000 people who would crowd every day into the narrow lanes of Dubrovnik’s old town just weren’t there.

It was, I have to admit, quite blissful.

It will be some time before the cruise ships can come back, and they won’t return in nearly the same numbers as before the ­pandemic.

In the meantime, the incomparable beauty of this ancient Adriatic port will be so much easier to enjoy once we’re able to travel again.

Every time I come to Dubrovnik, I cannot resist a walk along its medieval city walls. 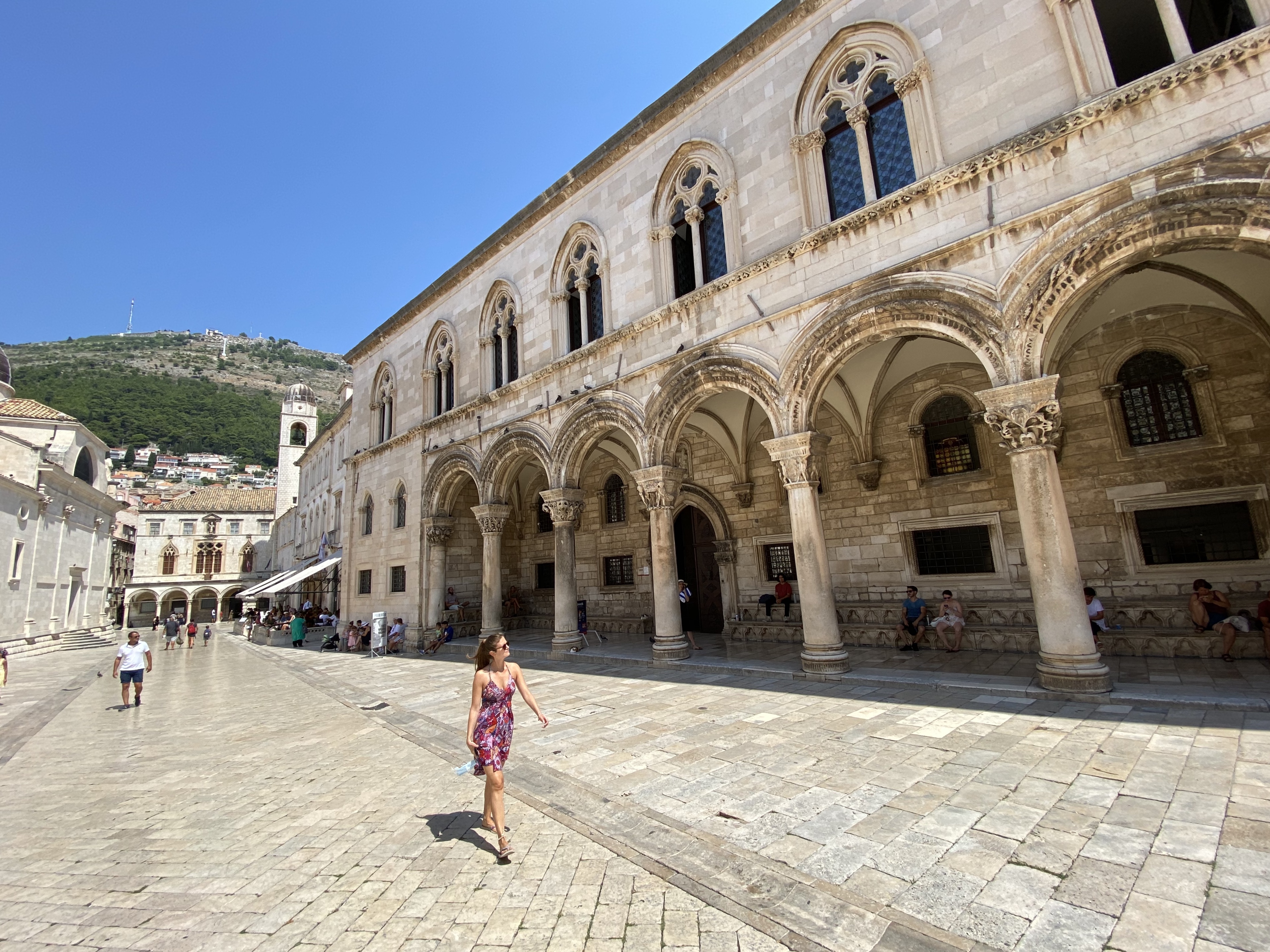 Before the heat of the day became too much, I took my time wandering along the old stone ramparts that meander for more than a mile around the pedestrianised old town.

I looked down at the town’s gleaming main thoroughfare, Stradun, which is usually rammed. It was nearly empty.

I had more time to admire some of the landmarks that would be instantly recognisable to any Game Of Thrones fans.

The highest point of the city walls is Minceta Tower (aka the House Of The Undying), whose stairs I climbed to take in even more wonderful views.

When the footpath took me to Bokar ­fortress, I could get a clear view of the hulking 16th-century Fort Lovrijenac, also known as the Red Keep.

Back down in the Stradun, I headed to the morning food ­market that spreads around ­Gundulic Square. 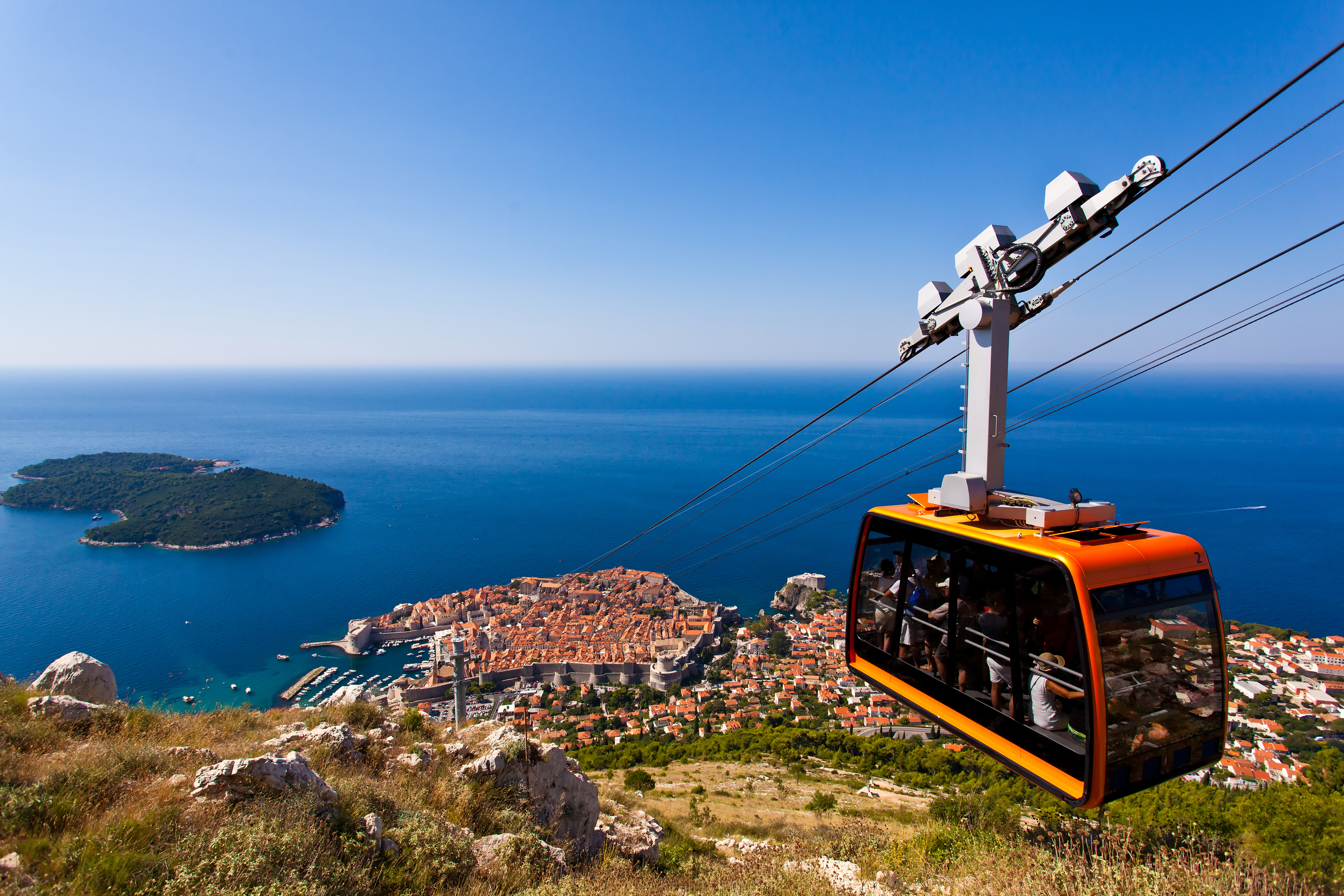 The walk around the city walls whetted my appetite for even more stupendous views.

Just outside the old town is the cable car that takes you up the 1,360ft hill to the top of Mount Srd.

Bit by bit, that dreamy vision of Dubrovnik — a sea of terracotta rooftops surrounded by the deep blue sea — was revealed in all its beauty

And that was just the warm-up.

When I reached the top, I ­wandered around the viewing platforms to take in the vista that stretched all along the coast, with the forbidding mountains of southern Dalmatia behind me.

The lure of a frothy iced coffee at the Panorama cafe, where I bagged a ringside seat on the terrace, was too strong to resist. 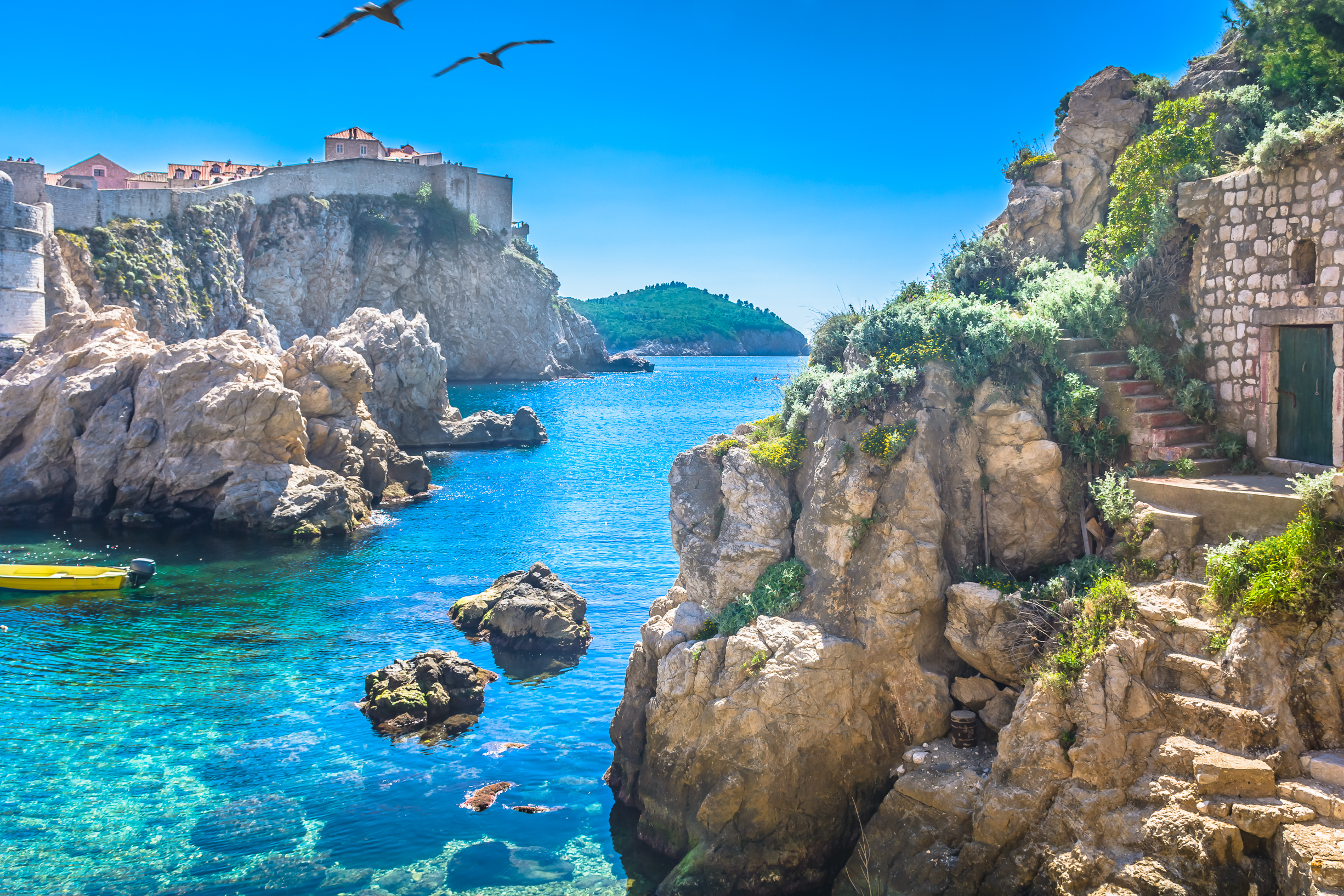 I could see the harbour below.

That was my destination the next day, when I took the little boat that shuttles across to the island of Lokrum, just ten minutes away.

On this tiny island, you’re allowed to visit for the day but you can’t spend the night.

It’s always been a favourite spot for a picnic, a swim and rambles through olive groves.

For such a small place — just shy of 200 acres — it does well to squeeze in an old Benedictine monastery, botanical gardens, a 19th-century fortress, a saltwater lagoon nicknamed the Dead Sea, a few cafes and, of course, beaches. 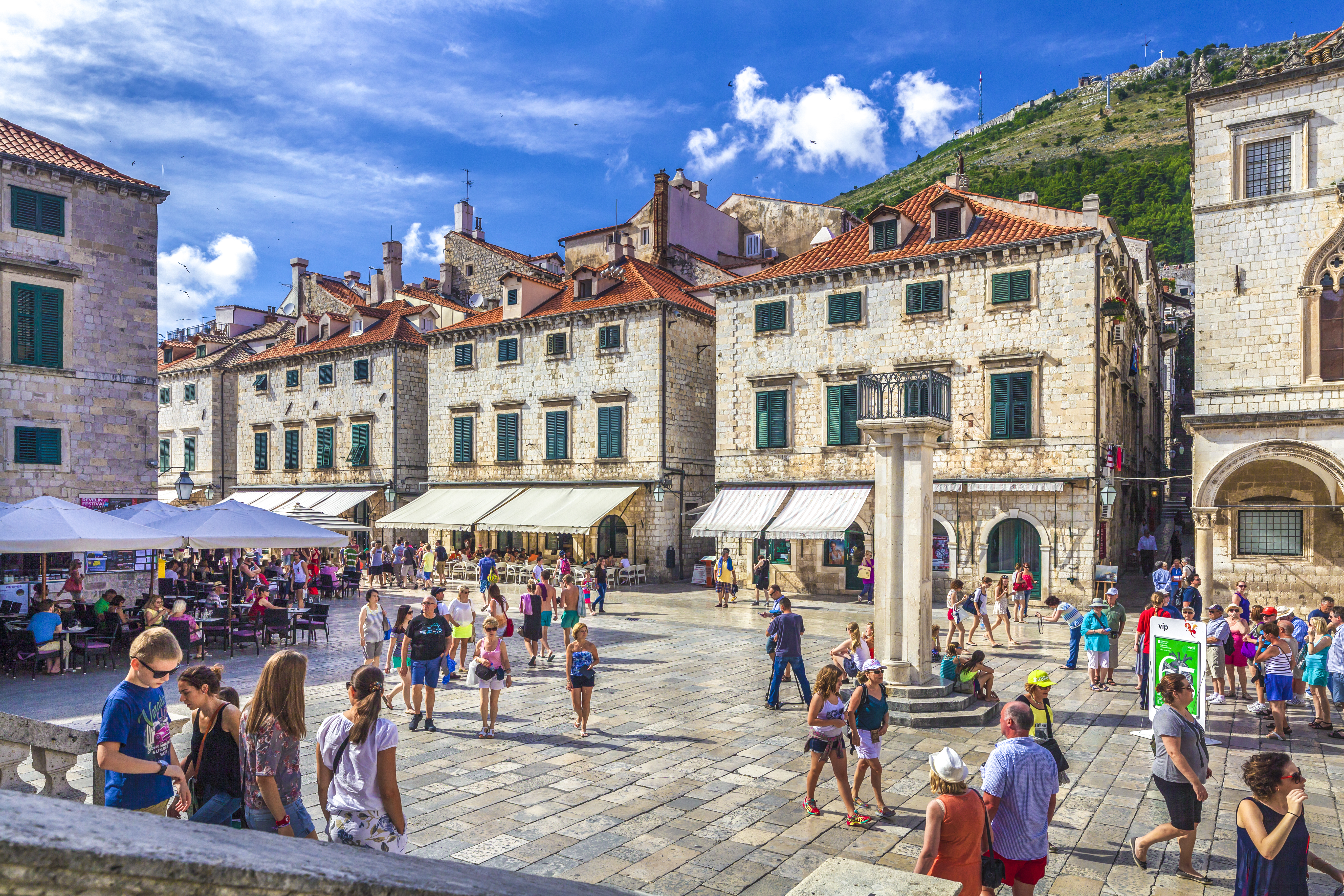 Back in the old town, I fell into a pleasant rhythm of aimlessly strolling through the narrow marble lanes past green-shuttered stone houses.

Occasionally I tramped up the stepped alleyways that take you farther and farther into the shadow of the city walls, where heavy wooden doors lead either to atmospheric little bars or attractive apartments.

Just beyond Gundulic Square, I walked up the broad sweep of the Jesuit Steps towards St Ignatius Church, better known for Game Of Thrones’ Walk Of Shame.

I called it my walk of anticipation, as the square at the top was buzzing with restaurants.

Evenings brought slightly more people on to the streets. 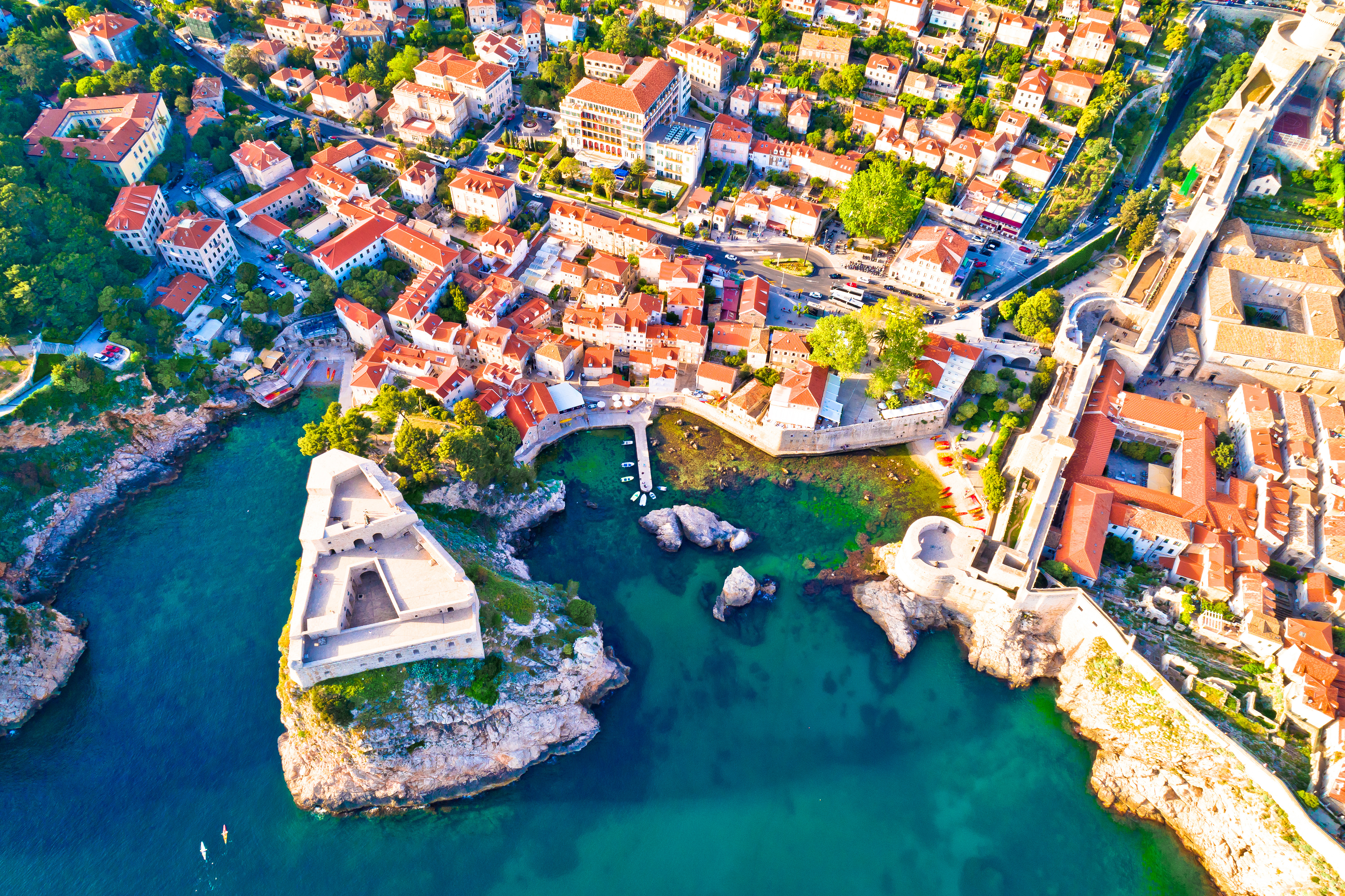 Perhaps they had spent the day at Banje Beach, just beyond the old town.

For me, it was the bathing platform in front of my hotel, the Hotel Excelsior.

As I gazed at the walled old town and the island of Lokrum from both the hotel’s little beach and my balcony, I realised the hunt for the best views of Dubrovnik began and ended here.

COVID: Travel is not possible now in lockdown. Croatian borders are closed to UK arrivals and testing is required on return to the UK.

Hotel Excelsior has doubles from £462, including breakfast.