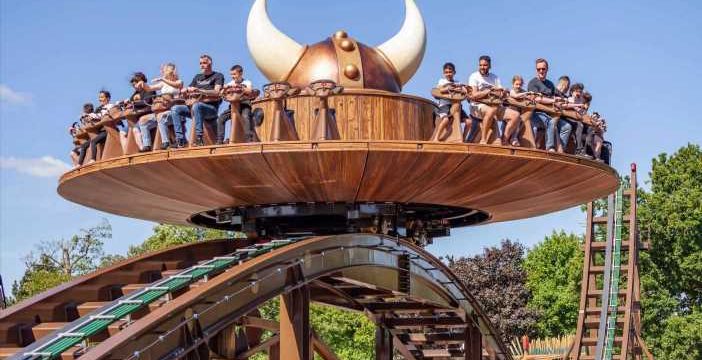 VISITORS to Drayton Manor Resort can now embark on an exciting new adventure with the opening of a highly anticipated Viking-themed area.

The theme park first shared plans for Vikings earlier this year, but officially opened the section on Saturday – complete with Norse-inspired rides transporting thrill-seekers back to a bygone era. 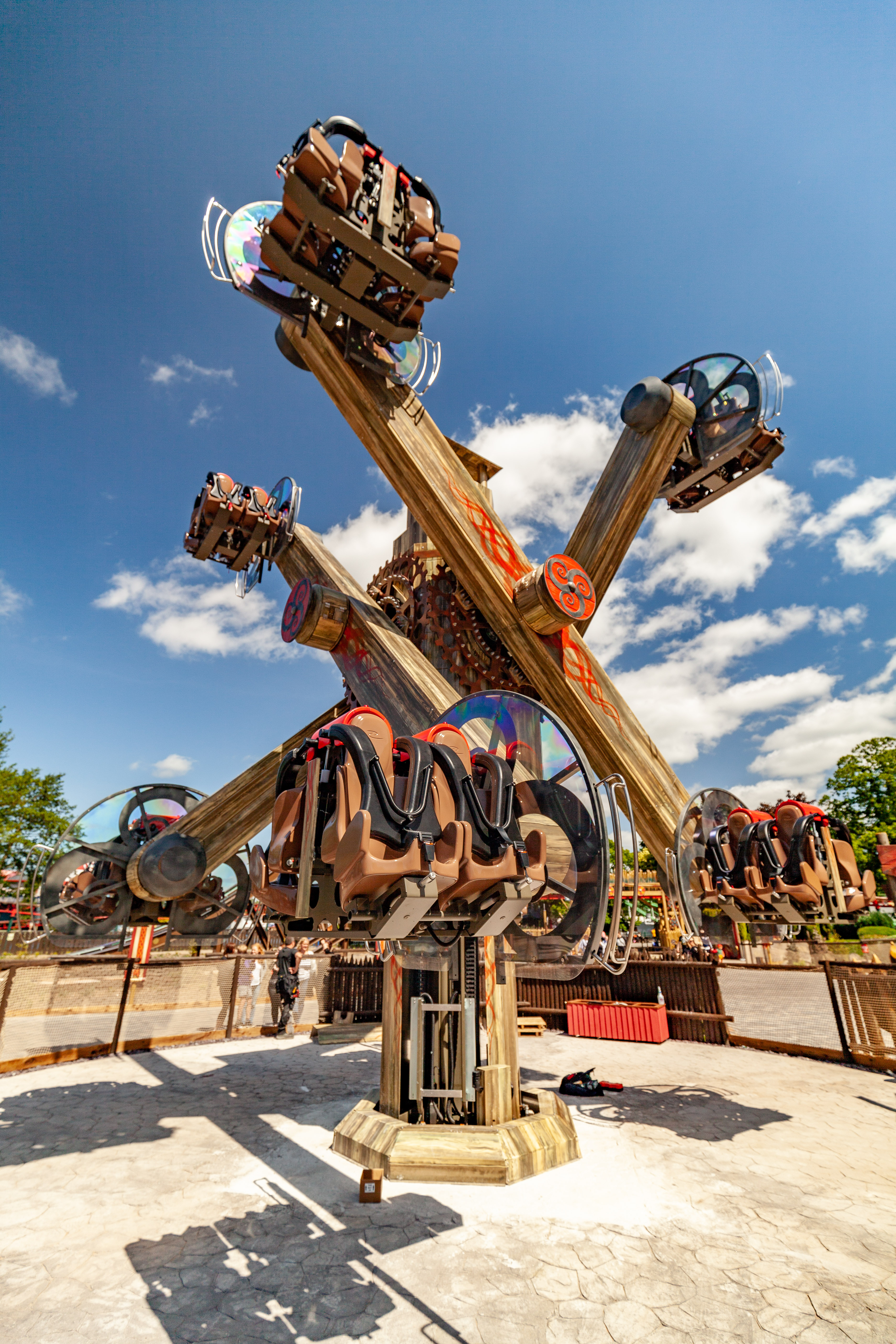 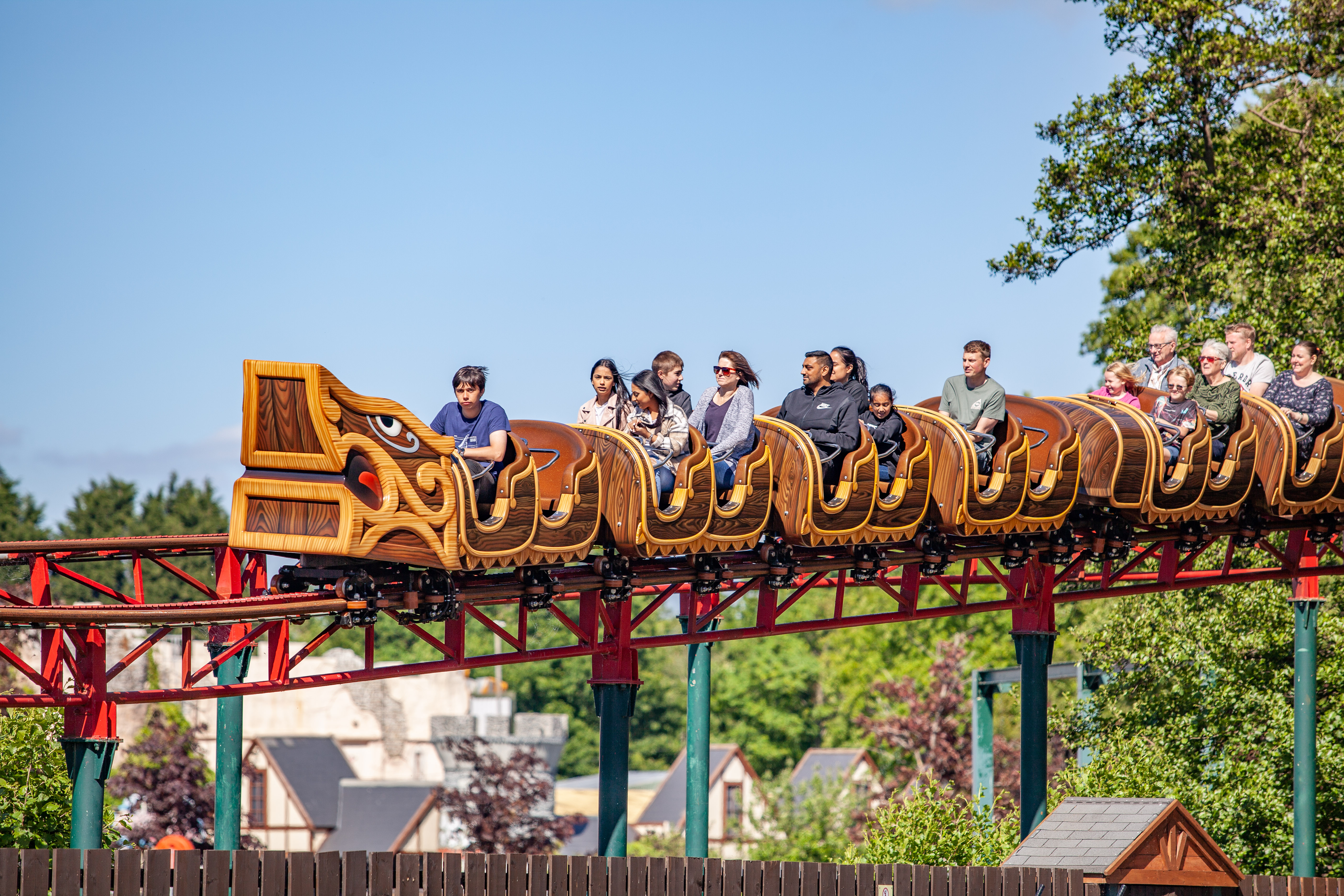 The Drayton Manor Resort land opened on May 28, with a fresh hoard of new attractions surrounded by the sound of Viking chants and shields, swords and axes for decoration.

New attractions include the Loki ride, which is named after the Viking god of mischief and is a first of its kind in the UK – and features eight gondolas and four arms that rotate in a fast-intermeshing orbit.

There is also the Thor ride – inspired by the iconic god of thunder – which sees passengers feel weightless as they spin around on a giant wheel.

What's more, children have the opportunity to go horseriding, as part of the Sleipnir attraction, which will see them simultaneously taught how to become a powerful god. 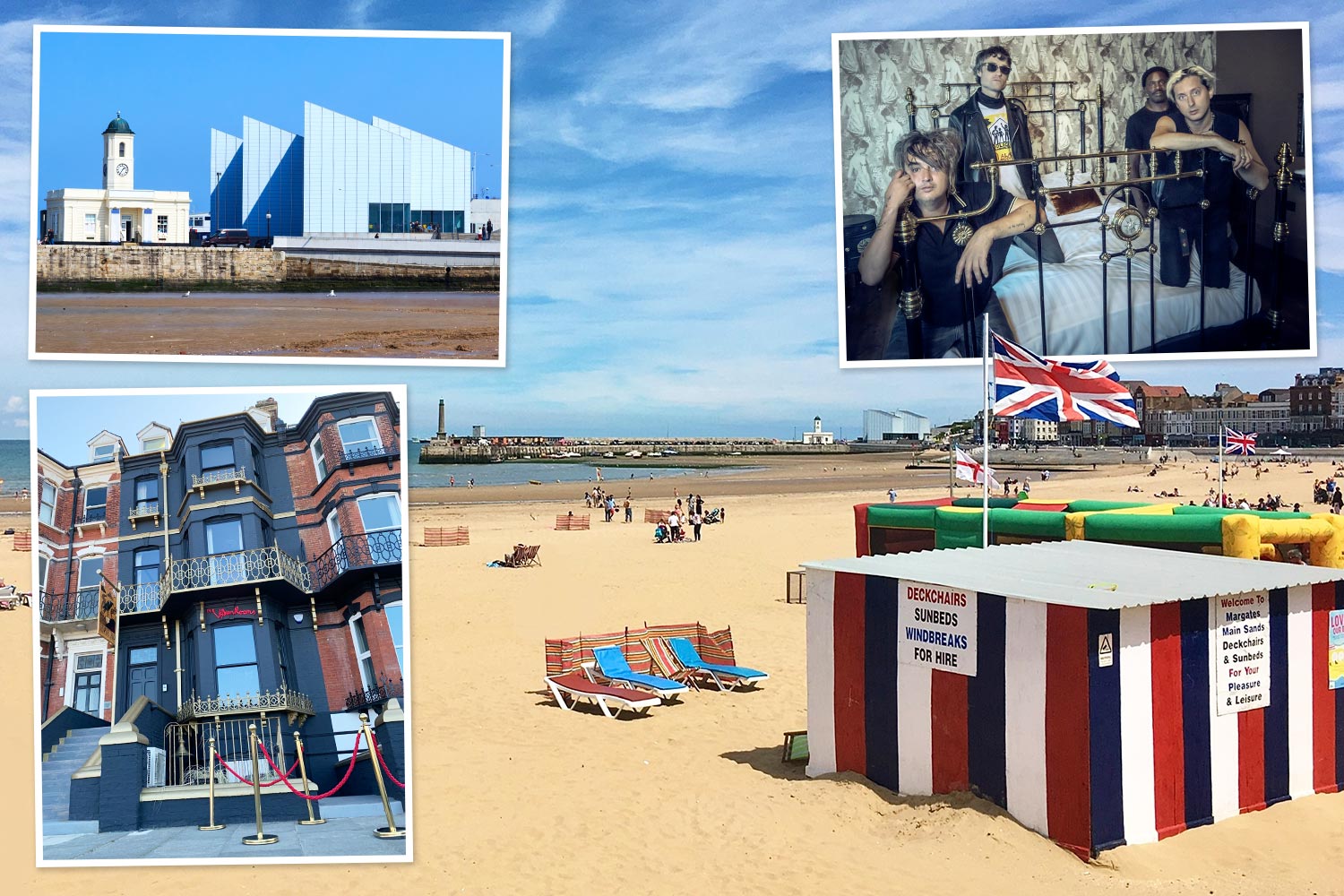 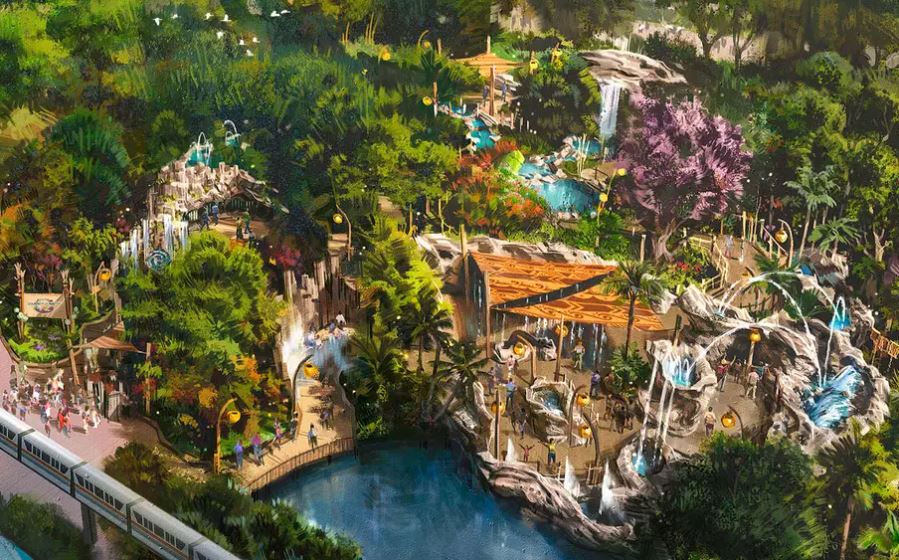 Those feeling thirsty or peckish can then refuel at the Walhalla eatery, named after the historic heaven that warriors were said to visit after a battle.

There is also the option to stay overnight to extend the adventure, with ten Viking-themed rooms at the 4-star on-site hotel. 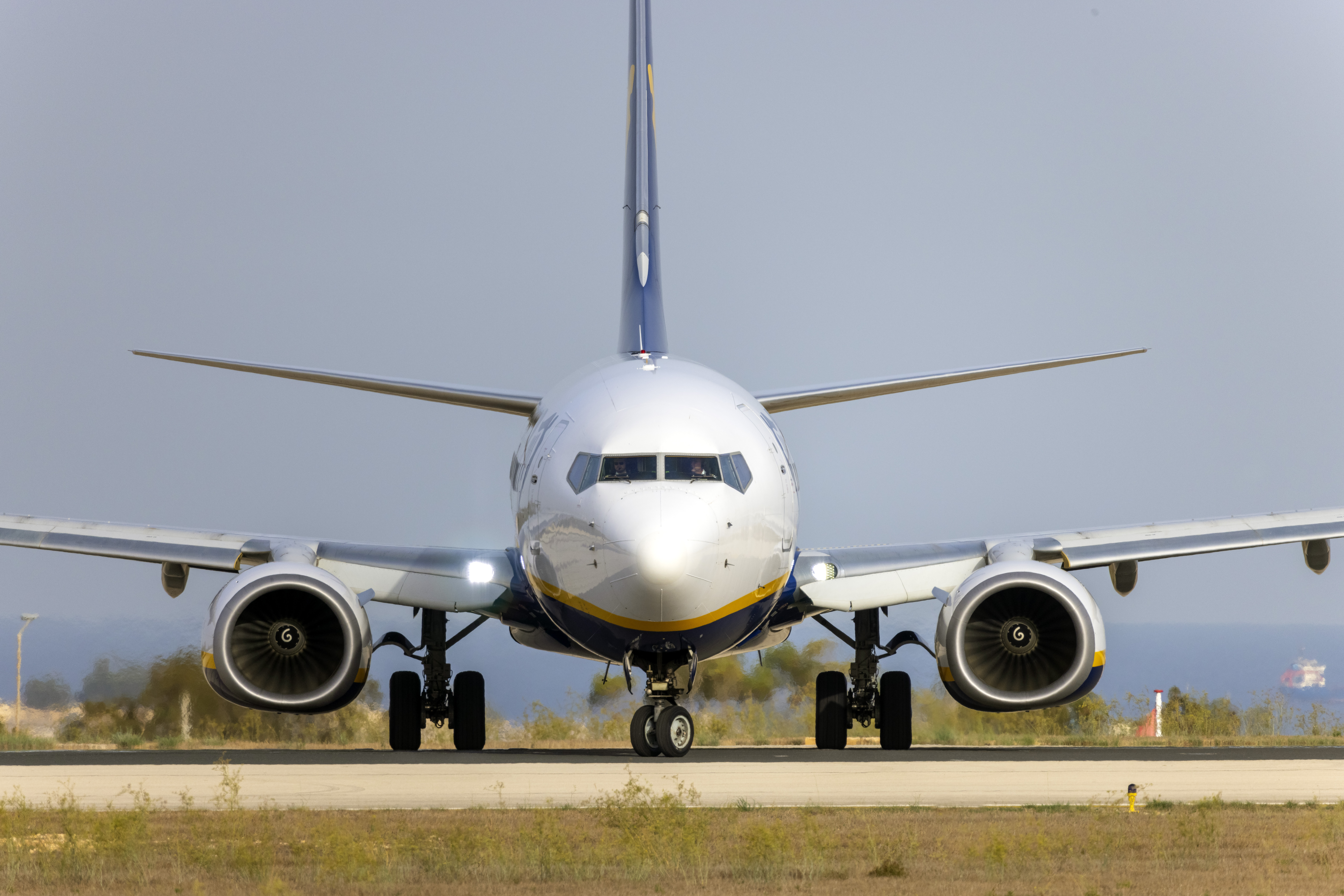 Victoria Lynn, managing director at Drayton Manor Resort, said: “After seeing the buzz and excitement following the big reveal last month, we are thrilled to have finally welcomed guests to our exciting and mythical new Vikings-themed area.

“We know so many guests have been on the edge of their seats waiting to experience the immersive, action-packed area, as well as the exhilarating new rides and attractions – including a UK-first!

“We’re so thankful to our amazing team, who have been working incredibly hard behind the scenes to get Vikings ready for fun-seekers all over the UK.

“The area is designed with each member of the family in mind, so there really is something for everyone. We’re so pleased to see thrill-seekers of all ages enjoying Vikings as much as we are!”

After more thrilling fun? We've rounded up all the new rides and attractions coming to UK and Disney theme parks this year. 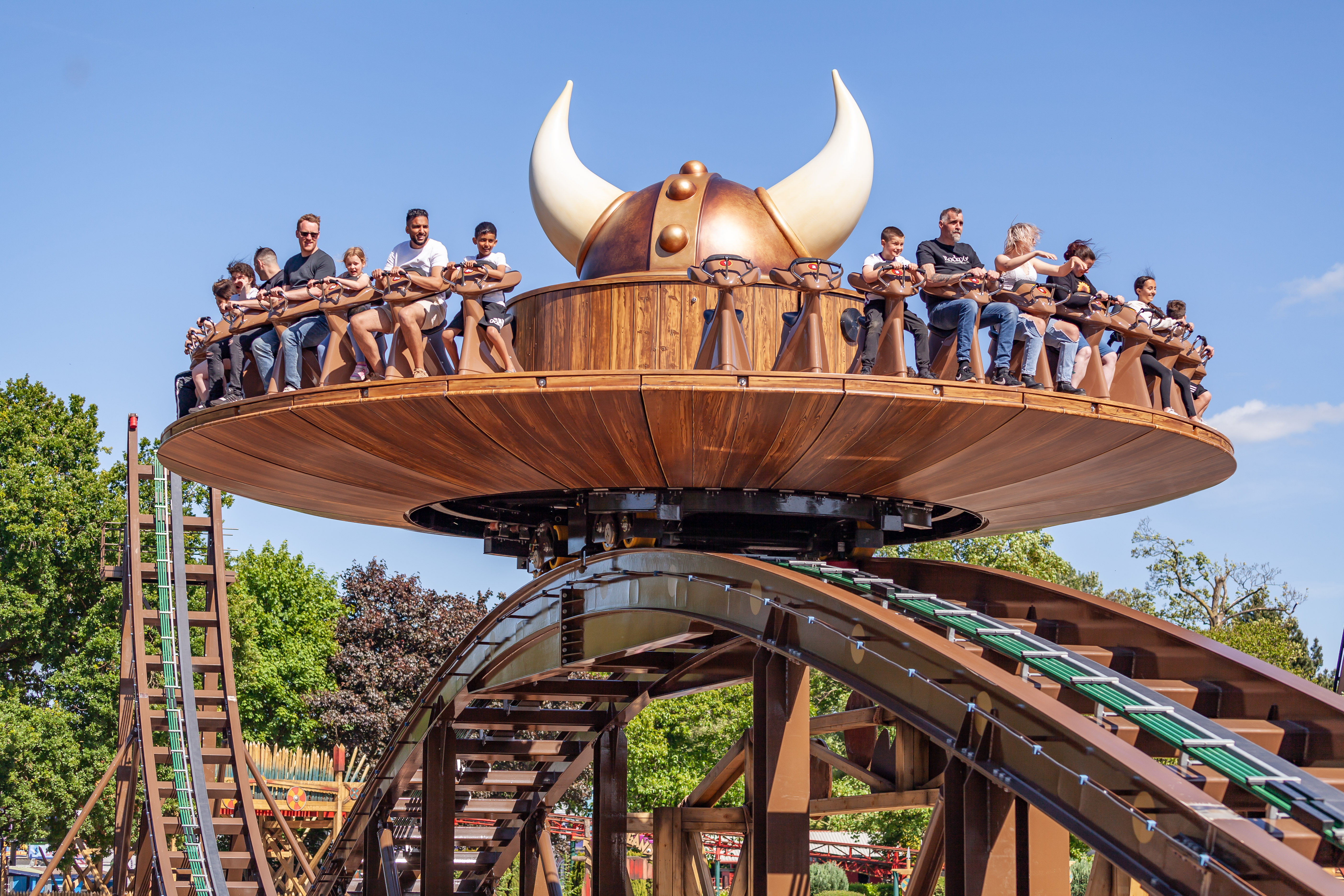