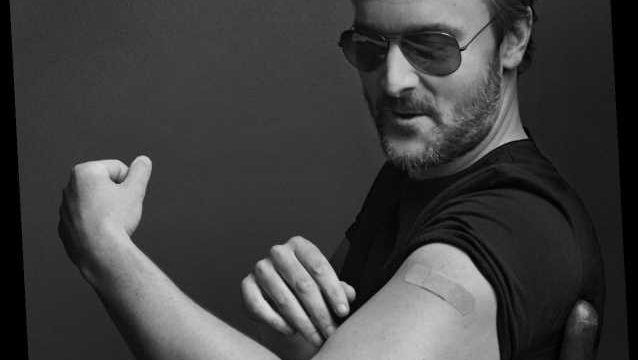 Eric Church is sending a clear message about COVID-19 vaccination.

The country star, 43, graces the cover of Billboard's latest issue, in which he is photographed receiving his final dose of the vaccine to encourage others to do the same, so music fans can get back to live performances later this year.

"I view [the vaccines] as a God sent miracle," he told Billboard. "It became very clear to me that the only way to really get back to normal is through vaccinations. You've got to get needles in arms."

The new interview comes ahead of his upcoming fall arena tour (concert dates have yet to be announced) and before the release of his triple-album project, titled Heart & Soul, later this month. "If you believe you shouldn't [get vaccinated], I don't have a problem with it. I'm a liberty guy, too. I get it. But I view this a little differently than most other things," he said. "We've never encountered this."

He explained of the pandemic, "The hardest thing about COVID [is that] it takes [away] what you do."

For the hitmaker, his profession has always been his escape when it came to dealing with his personal struggles. "I used the music and the stage to get me through some of those darker things that were more personal," said the star, who previously revealed that he underwent emergency surgery for a blood clot in his chest in 2017. "Take that away and you've got to deal with some of the stuff you maybe haven't dealt with."

The country crooner lost his younger brother, Brandon, the following year in 2018 due to "consequences of chronic alcoholism." Brandon was 36 at the time.

"I just want to play shows," Church told the outlet, adding that in his opinion, "Politics' job is to divide — that's how you win elections." "Those things that unite us are music and sports," the "Record Year" star told Billboard. "[Those are] the times when, whether you're a Democrat or Republican or whatever, you throw your arm around the person next to you."

Church is scheduled to perform at the Carolina Country Music Fest in Myrtle Beach, South Carolina on June 11 and has a slew of performances lined up through Oct. 17, when he will hit the stage at the Country Thunder West show in Florence, Arizona.