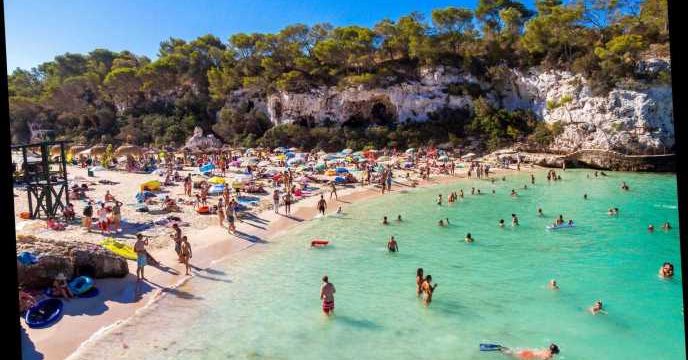 SPAIN is a popular spot for party breaks, with Ibiza and Majorca just two of the big names that spring to mind for a hedonistic break.

And now that Spain has announced that tourists with vaccine passports could return to the country as soon as May, it's a pretty safe bet for a summer holiday.

Spain's tourism minister Reyes Maroto has said that the country could start using the vaccine passport in May, when the international tourism fair FITUR is due to take place in Madrid.

She told Antena 3 TV station: "We could be in a position to start implementing the digital passport (when FITUR starts on May 19)."

According to TravelWeekly, the Canary Islands’ minister of tourism has also said that the archipelago is "ready" for a return of British tourists.

Those who want to take a chance on Spain for a party break can find some great deals:

This article and featured products have been independently chosen by Sun journalists. It contains links which are ads, and if you click a link and buy a product we will earn revenue.

Regarding British tourists returning to Spain, Mrs Reyes Maroto previously said: “As you know the UK is our main foreign holiday market and Spain is Britain’s favourite holiday destination."

Majorca has said it could open travel corridors from next week – but the UK is unlikely to be on the list.

Transport Secretary Grant Shapps said on Wednesday Brits will have a better understand on when to book plans this summer from April 12, when he will publish the review of the Global Travel Taskforce’s recommendations.

But he said he was “hopeful” foreign breaks would go ahead.

For those looking for holiday inspiration, we've found cheap all inclusive holidays for this summer and there are many cheap package holidays.

This article and any featured products have been independently chosen by The Sun journalists. All recommendations within the article are informed by expert editorial opinion. If you click a link and buy a product we may earn revenue: this helps to support The Sun, and in no way affects our recommendations.