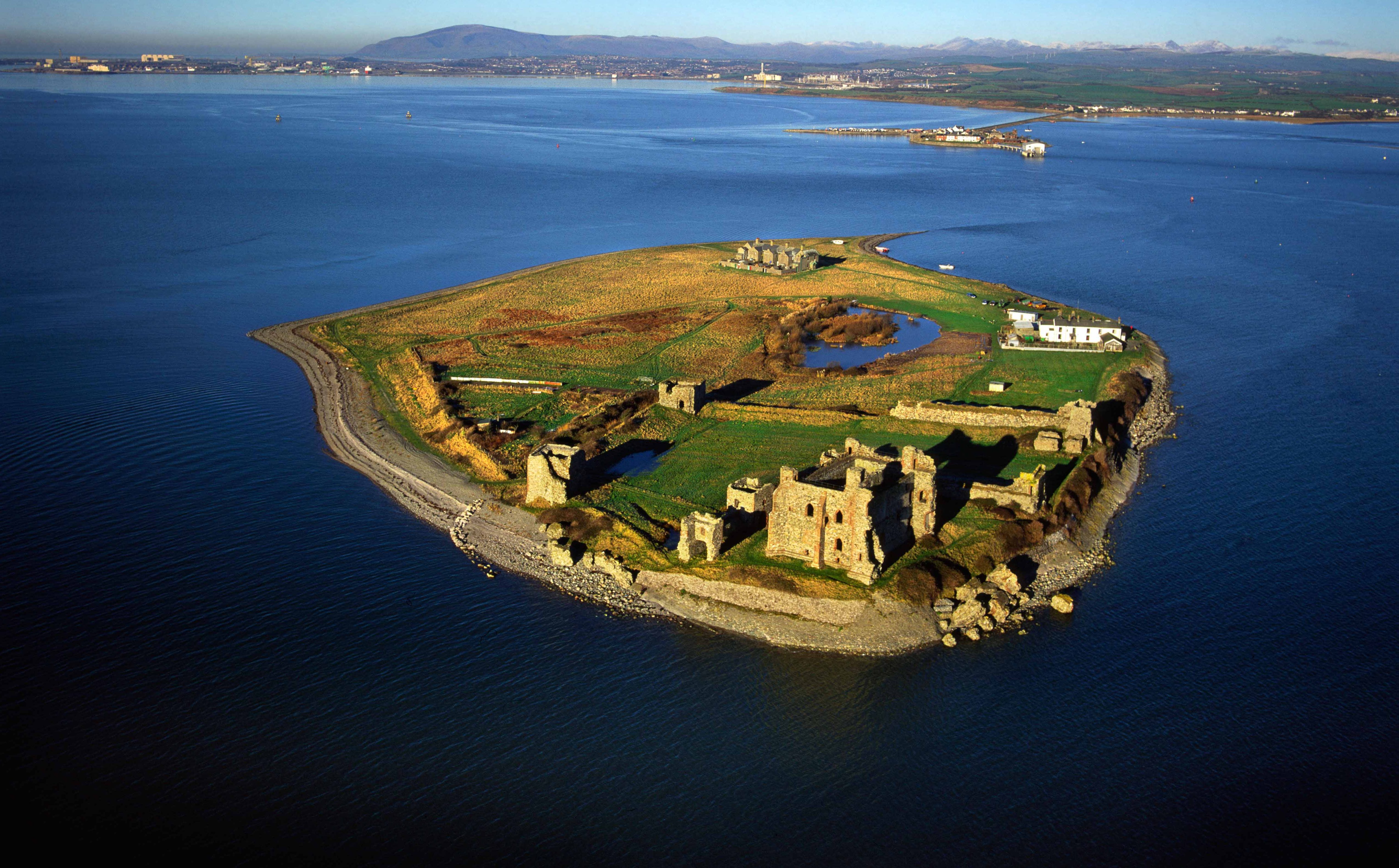 Fancy the chance to be an island ‘monarch’ and the landlord at one of England’s most secluded pubs?

The search has begun to find the right fit to manage the special Ship Inn pub on Piel Island, a tiny islet off the coast of Cumbria.

Up until now, a temporary partnership called the Piel Island Pub Company ran the pub following its reopening in July after lockdowns.

However, a more permanent suitor is now sought and in January the hunt will get serious for the right landlord who has ‘sound local knowledge’.

The successful applicant will also need to manage and maintain the island itself, as well as looking after the bar.

Over 300 years old, the Ship Inn has a tradition which sees each new landlord crowned ‘King of Piel.’ The chosen one sits in an ancient chair, wears a helmet and holds a sword while alcohol is poured over their head.

Situated on the tip of the Furness Peninsula, the island is reachable by a ferry which runs April to September or by a guided walk along the sands.

A castle, looked after by English Heritage, was built on the island in the early 1300s by the monks of Furness Abbey in order to put off Scottish raiders.

This means the island is not only beautiful but it is rich in history too.

‘It’s important that the right people are installed, people with sound local knowledge, a feel for the island and its history,’ said Committee vice-chair, Councillor Frank Cassidy.

Meanwhile, Sandra Baines, head of visitor economy and culture at the council added it’s ‘very much about preserving its beauty, its natural habitat.’

But Sandra was also quick to point out that island living is not as idyllic as people may assume.

This was also noted by Chris Jones, the council’s head of programme management and climate change.

‘There are significant constraints to living and working on Piel Island and people need to think about that,’ he explained.

Supporters who recently started a petition to save the island described it as the ‘jewel in the crown’ of the area and that it was part ‘of our heritage.’

A start date for the lucky island applicant is set for April 2022.

Send us an email at [email protected]