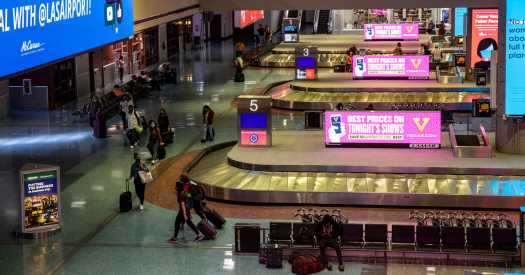 American citizens abroad who saw their passports expire during the Covid-19 pandemic are now able to return to the United States before renewing their travel documents, a shift of policy announced by the State Department on Monday.

The decision, which applies to Americans who are currently outside the country and hold passports that expired on or after Jan. 1, 2020, comes after reports that more than 100,000 Americans abroad are struggling to obtain consular appointments.

In many countries, American citizens who need to renew their passports must apply in person at a U.S. embassy or consulate. But many of those offices remain hobbled by Covid-19 restrictions and staffing reductions, and some are closed for all but emergency services. Difficulties and delays in getting appointments for renewals have left many Americans without a path back to the United States.

Some American expatriates have turned to immigration lawyers for help. Others have paid high fees to bootleggers and passport courier companies to obtain hard-to-get embassy appointments.

The State Department’s new exception for expired passports applies both to adults, whose documents are valid for 10 years, and to children, whose passports expire after 5 years. It applies only when entering the United States; travelers leaving the country will still be required to have current documents.

New parents should note that the exception does not apply to babies born overseas who have not yet been issued a passport or an official record of a child’s claim to U.S. citizenship, known as a Consular Report of Birth Abroad.

To take advantage of the exception, citizens must be in possession of their expired passport, and must be flying to the United States, either directly or on a connecting flight with a short layover. Expired passports cannot be used for travel from one foreign country to another.

All American citizens returning to the country must still show proof of a negative Covid-19 test result taken within 72 hours of departure.