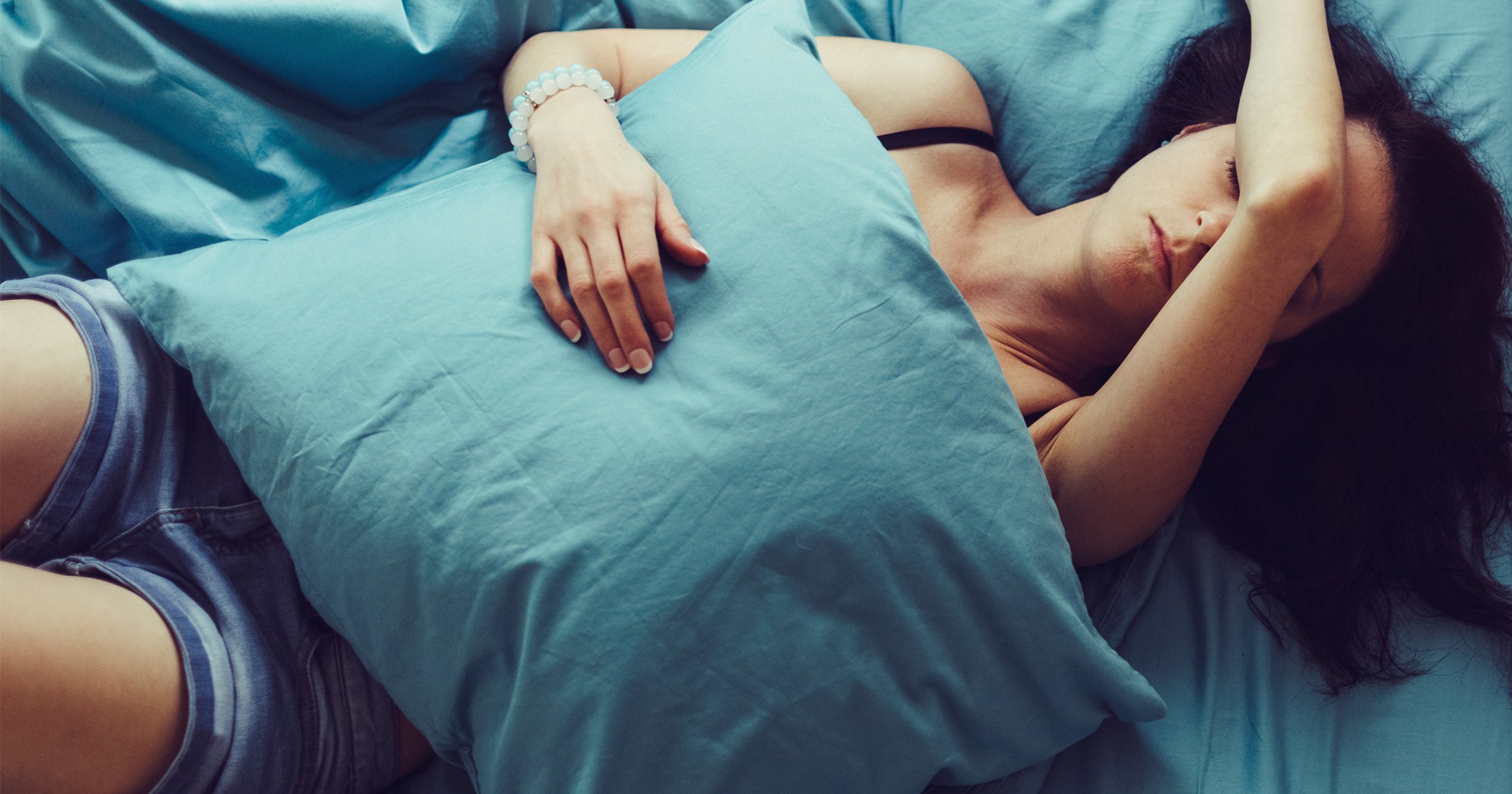 It’s 2022, no one should be faking orgasms. But some women still do, and new research has shown that women who earn more than their male partners are more likely to do so.

The study, published in Sage Journals, looked at whether women who perceive their male partner’s masculinity to be ‘precarious’ (i.e., easily threatened), censor their sexual communication.

The findings were pretty bleak.

In one study, they found female high earners are twice as likely to fake orgasms than those who earn less than their male partner.

In general, women who think their partner is insecure in their masculinity are more likely to fake orgasms.

They are also less likely to speak up about what they want due to anxiety, which – of course – means they don’t enjoy sex as much, and have fewer orgasms.

‘I feel pressured to fake it’

We wanted to find out if these findings resonate with women. For Tori, 26, they absolutely do.

The publicist has always earnt more than her partner, who she’s been with for three years.

This financial inequality ‘makes conversations about work, happiness at work, and planning dates or trips feel like I’m walking on eggshells’.

Tori’s partner has generalized anxiety disorder. On good days, they can joke about Tori being the ‘sugar mama’. On days when his anxiety is high, Tori earning more becomes a point of contention.

This affects their sex life.

‘I have faked orgasms, and I hate that I have,’ Tori says.

‘When he’s down, I feel pressure to fake it because making me orgasm gives him a huge confidence boost – and oftentimes, he’s down about his work.

‘He’s really unhappy with his job and he gets down about not making as much money as he feels he should for a job that is not rewarding… it makes him insecure in his masculinity.’

Jennifer used to be a sex worker, and says this is a common dynamic.

While most of her clients were men, she had several women on her books, all of whom were very high earners.

Most of them faked orgasms with their husbands, which is part of the reason why, Jennifer says, they came to her.

She adds: ‘From my experience with these women, it’s because of the fragile egos of the men involved.

‘They’re intimidated by women earning the same if not more than them and so they feel they need to compensate in the bedroom.

‘But, if they’re not very good and can’t make their wives come, the wives know that this will hurt their already fragile egos and so pretend to come to help the men feel better.

‘That’s why they came to me, because I actually know what feels good. And they paid me well for it too.

‘Of course with me, there were other elements they found exciting; the cheating, the paying for sex, the fact that I was so much younger than them, this was all a cocktail that made for a way more exciting experience than missionary with their boring, fragile husbands, you know?’

Why you shouldn’t fake it

Whether or not someone earns more than their partner, they can still fall into the trap of faking for the benefit of their other half.

Juliette Karaman, relationships coach and founder of Feel Fully You, says that while faking orgasms is an ‘outdated concept’, many people still do it.

She says: ‘So many women think they have to fake an orgasm for their partner to feel secure that he’s doing a good job,’ adding that this happens in lesbian relationships too – research just rarely looks into queer relationships.

Like Tori, some people feel under pressure to show their partner they are having a good time for fear of upsetting them, or knocking their confidence.

For other people, they may also be scared of angering them if they don’t pretend, or may even pretend to ‘get it over with’.

Juilette says: ‘When with our partner, we feel like we have to perform, we have to start making noises and breathing more quickly to fake an orgasm.’

Not only is this just doing yourself a disservice, it also ‘teaches your partner that they think what they’re doing is getting you off, and it’s not’.

This can build distrust between you, and lead to an all-round terrible time. So how do you let go of that pressure?

How to stop faking orgasms and have better sex

There’s no way of getting around this without communicating with your partner, but don’t let a fear of hurting their feelings hold you back.

Your pleasure is important, and there are ways to ask for what you want without insulting your partner.

Remember, this is for their benefit as much as yours: knowing they are genuinely making you feel good will be a massive confidence boost, and bring you closer.

We don’t recommend launching in with a grand declaration that you’ve been faking it because they aren’t getting you off.

Instead, Juilette advises you take the orgasm off the table to begin with, and instead focus on what feels good for you.

‘To live a happier sex life, you first need to discuss with your partner what you are looking for in your bedroom,’ she adds.

It can help to keep in mind the basic facts. On average, a woman needs 40 minutes of stimulation (kissing or playing with her breasts, etc) before she is fully aroused.

Anticipation is a key part of the enjoyment.

Also, most women don’t orgasm solely from penetration. Many need stimulation elsewhere (of the clitoris, for example)  to get there. Tell your partner this.

‘Open it up by saying that you would love to orgasm, and it has not come very quickly to you, but for achieving it the next time, you both can try this and this,’ Juilette says.

If you don’t know what you need, take some time to figure out what you like and how you want to be stimulated. ‘Start thinking about it; the only way you can figure it out is by trying it with your partner and seeing what works,’ Juilette adds.

It’s important to remember that orgasms aren’t an essential part of good sex.

Juilette suggests asking your partner how important it is for them that you have an orgasm.

She adds: ‘Honestly, sometimes we’re done in the middle of having sex, we don’t want to have an orgasm. Nor do we want them to continue because it’s starting to hurt, or we’re just not so int it, so it is brilliant if we can say: “I’ve peaked; the energy is not there anymore. Do you mind if we stop?”.

‘And if you have a caring partner and a caring relationship, your partner will agree and thank you for the beautiful time.’

For some people, it is very important that their partners have an orgasm. It gives them great pleasure.

If that is the case, discuss the best ways to achieve an orgasm, tell them about your desires, and don’t be shy.