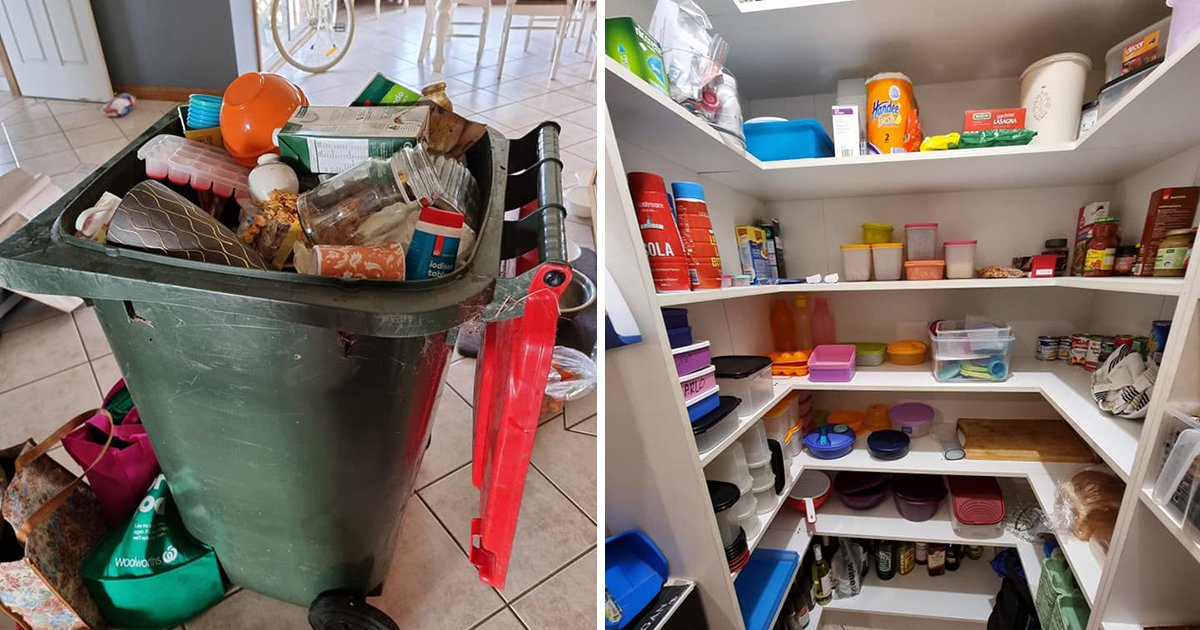 A woman’s cleaning and decluttering hack has divided commenters online, with many hailing it as a great idea while others have called it wasteful and questioned whether her method is hygienic.

A post on Facebook group Cleaning & Organising Inspiration Australia shows the easy hack, which involves bringing one’s wheelie bin inside and simply filling it with whatever needs getting rid of.

Pictures show what looks like her kitchen before or as she decluttered, her neatly organised pantry after, and her wheelie bin full of what she wanted to get rid of.

The caption reads: ‘Nothing like a cullfest and clean up of your life.

Plenty of people have supported her method, with the post getting over 1,200 likes so far, and many commenters sharing their praise.

One wrote: ‘Good for you, bin saves numerous journeys back and forth to the outside with armfuls of items’, while another called the poster ‘a clean queen’.

However, others were not so keen, taking umbrage with the fact that she brought an outside bin inside and branding the number of items she got rid of ‘a waste’.

One person commented: ‘Bin inside during a pandemic, no! And recycle everything you can, for the planet’s sake,’ while someone else wrote: ‘Hope you are going to recycle all that’.

Another person commented: ‘What a waste of things that could have been recycled or donated and reused by someone else.’

However, in a comment, the poster later clarified that she just used the bin to move the items outside and that she’d sorted through everything to find what could be recycled and what couldn’t, leaving things she wanted to donate out of the bin.

She also ‘bleached everything after during the clean’.

She ended up adding to her original caption, writing: ‘Edited to add for all the KB Warriors!!!

‘Don’t assume off one photo! Leave you’re nasty comments where they belong. In your own head. The bin was used to actually get the stuff out of the house easily and in bulk.

‘One person doing a massive job. You have no idea so keep opinions to yourself because it achieves nothing other than you being an a** hat.’ [sic]

What do you think? Would you bring your wheelie bin inside for a major declutter? Let us know in the comments below.