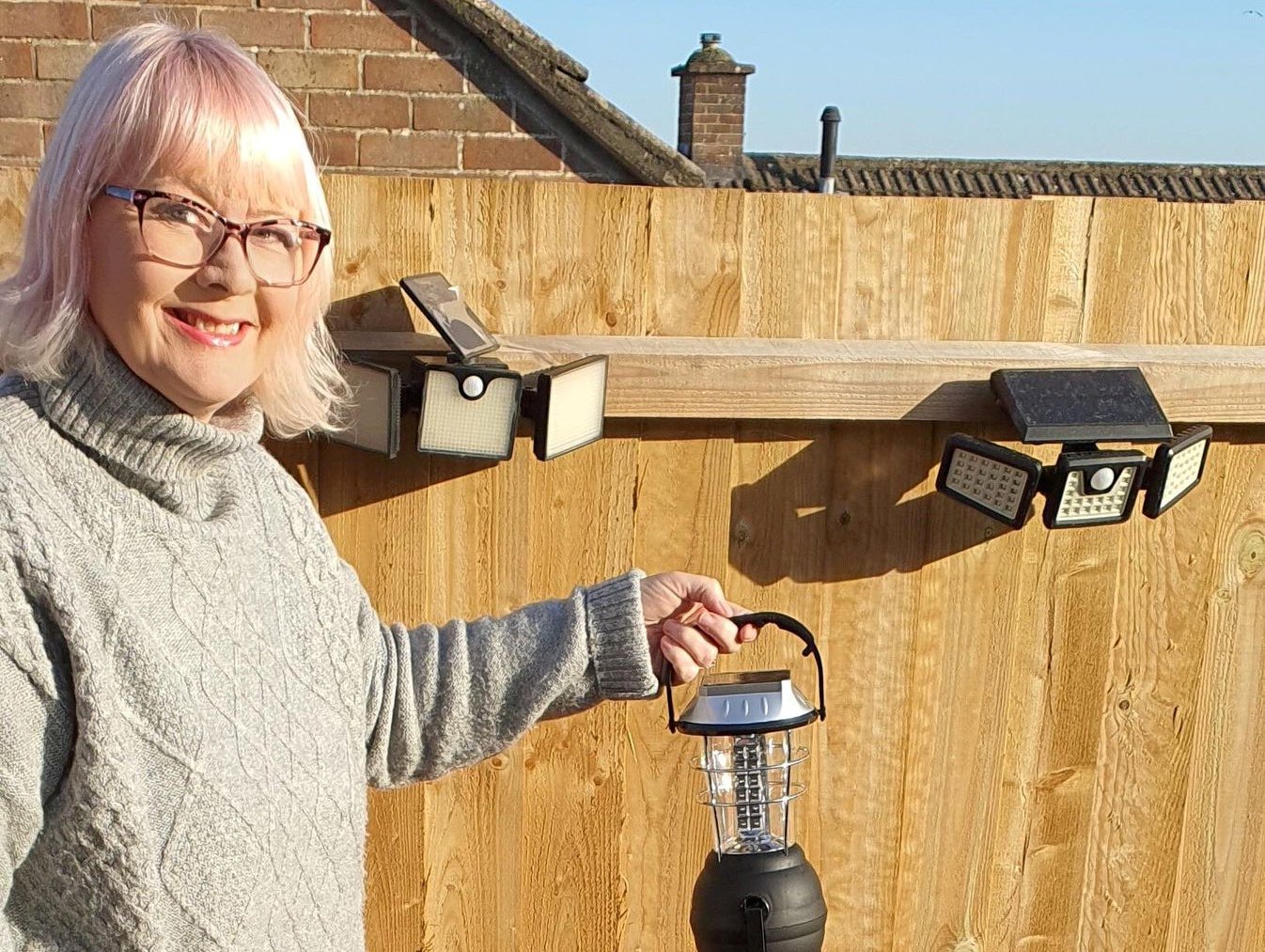 As energy bills are reaching a record high, everyone’s thinking of ways to cut back – and one woman has taken some ruthless measures to do so.

Kelly Collinson, 51, has introduced a series of thrifty solutions into her home, including including cooking on a camper stove and charging her phone on a solar panel.

She decided to take change the way she loved as she didn’t want to put her ‘hard-earned cash into the pockets of greedy people at the energy companies’.

The commercial cleaner from Crewkerne, Somerset has not turned on her central heating since February. She uses a log burner instead and has electric blankets for when it is cold.

She says that she only spends £1.20 a week cooking since she switched her induction hob for a camping stove, as she saw her smart metre ‘literally spin’ every time she used the oven.

Her changes may seem unrealistic for some, but Kerry insists her quality of life remains unchanged, and she has slashed two-thirds off her gas bill, and half off her electricity bill.

At its peak, the bill for her three-bedroom bungalow she lives in was £230, whereas she says it’s now only £95.

She said: ‘I’m very happy, I’ve still got what I need and I haven’t had to give up the things I love to do like going out for dinner or watching Netflix.’

Alongside her two camping stoves, Kerry uses an air fryer or a microwave to cook, which she says bought costs down considerably from 70p per meal to £1.20 for the week.

She will however be making an exception for Christmas Day, using it to cook her turkey, potatoes, plus other cuts of meat for leftovers – but the rest will be on the camping stove and air fryer.

As well as keeping her heating off Kerry has been using solar lights that charge during the day, her log burner, and some chargeable tea lights from Amazon.

A transportable solar panel also charges her phone and electricals too – which is better for the planet and her purse.

She said: ‘We started buying solar stuff in the summer because, with the war in Ukraine, we had a feeling that we should be prepared. So we bought lights, lanterns and a fold-up solar panel that charges our devices for free.’

The tumble drier has been kicked to the curb too, which Kerry says is an ‘inconvenience’ but not essential.

To help with dampness that can build up in cold, poorly insulated homes, she has a window vacuum cleaner that removes moisture from the air.

Her most important tip was to be ‘aware’ of turning things off when they’re not needed’.

She added: ‘We don’t use the oven anymore, and generally day to day we make sure all our lights are off and make sure everything’s unplugged when we don’t need it.’

Getting a log burner was ‘the best thing she’s ever done’, too.

‘In the past, I’d pay my bills and just think it’s a thing I have to do as an adult, but now it just rubs me the wrong way.

‘I’m not a political person at all, but I don’t want to give my money to people like that – I’d rather spend it on other things I love.’