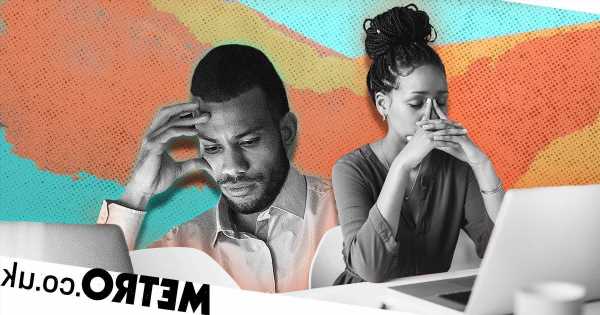 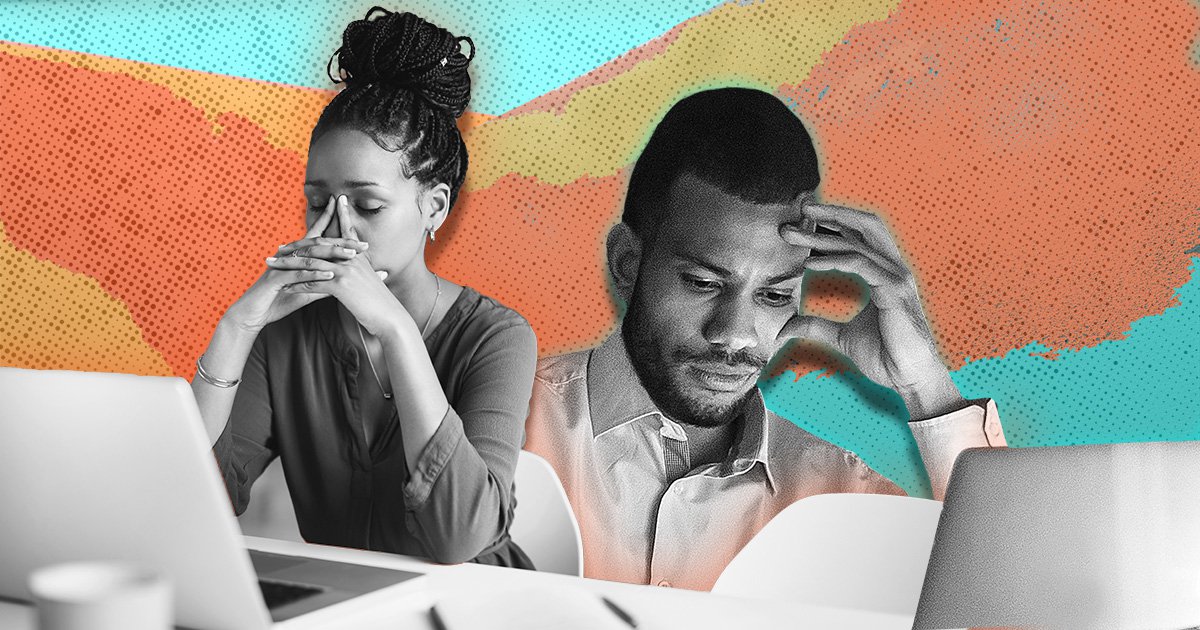 It’s a movement affecting workplaces across the world, but is everyone getting involved?

Dubbed the year of the ‘Great Resignation’, 2021 saw large swathes of people decide to walk away from their jobs. In September alone, 4.4 million resignations were recorded stateside, while here at home, resignations and job-to-job moves are the highest they’ve been in the last 20 years.

This mass exodus could be attributed to any of the major destabilising events of the last few years – from the pandemic to the reassessment of values, courtesy of worldwide protests and social activism – which, compliance officer Roselyn Baah says have contributed to a shift in personal priorities.

Roselyn, who founded the GRC Network, an organisation that supports individuals in career advancement, says the pandemic has simply exposed deeper issues people already had with the workplace.

‘It has highlighted the importance of employees’ different needs, which have not been viewed as important, compared to, for example, one’s salary,’ Roselyn tells Metro.co.uk.

‘Employee’s wellbeing and mental health were important topics during the pandemic; so, people are assessing how their employers handle their wellbeing and how they’re adjusting to the unforeseen changes’.

This shift in the value of non-financial factors, Roselyn believes, is the biggest reason for the patterns we’re seeing: ‘More and more people are feeling empowered to leave companies where they do not feel their needs are being met’.

For digital marketing manager Josh Ogunmokun, this was what spurred his decision to quit his job in October.

‘I was bored of my job, and I don’t think there was any amount of money that could have convinced me to stay or go any higher on the ladder, so I left’, he says.

‘The biggest difference between working then and now, is less code-switching as I work in an environment and industry where I feel more comfortable just being myself.

‘Luckily I found a job in the industry I wanted to work in, but if I didn’t have another job lined up, I would have considered just leaving and looking for a job while unemployed.’

With an estimated 70% of employees ready to move jobs, this pattern doesn’t seem to be dying down anytime soon; but the ‘Great Resignation’ may be easier for some than it is for others.

Research shows that Black households have the lowest weekly income of all ethnic groups, and that Black and minority ethnic professionals are being paid less than their white counterparts; so it can be equally difficult to get your foot out of the door, as it is to get your foot in the door.

Sonya Barlow, who left her job in the tech world and now supports companies with their diversity & inclusion policies, experienced this dilemma first-hand.

‘It wasn’t just me leaving my job, it was like my whole family left the job,’ she says. ‘A lot of people of colour in the UK, are first or second generation, which means they’re still obtaining wealth for their families, so you’ve got to think about everyone else in making a decision like that’.

She explains that she sat down with her family and told them her decision: ‘It was an important discussion to have because there’s no safety blanket. I had to think about how I was going to contribute to the household and support my parents’.

Much like Sonya, retail sales consultant Abdul Smith has had the difficult conversations, as he decides whether or not to take the risk and quit.

‘I’ve only been at my job for two months, but the treatment I have received from my manager has been extremely aggressive and verbally abusive,’ he says.

‘As a Black man, I can tell there’s an assumption that I’ll be super aggressive, and even though I’ve never raised my voice to him, in taking my complaints to HR, they only seemed to care about the employers, not me, the employee’.

Having helped over 50,000 members in their career progression through the Like-Minded Females Network, in addition to her D&I work, Sonya notes that many companies are ‘regressing’ in their vow to advocate for Black and ethnic minority employees.

‘In 2020, companies didn’t have D&I budgets, in 2021 they did have D&I budgets – now in 2022, companies are regressing. They’re not investing in D&I as they were before, they don’t think it’s important. But the point is that individuals, especially the new generation, want to work with companies that are inclusive, where they are represented’, she says.

Racism in the workplace complicates the decision to leave

After a renewed focus on movements like Black Lives Matter, it seems the conversation around the systemic racism that pervades institutions across our country has become an afterthought; but this doesn’t mean the necessity of this conversation has changed for Black professionals.

Market researchers Savanta found that after 2020, 42% of Black employees left their jobs due to a lack of diversity and inclusion.

‘I left my job because I dealt with microaggressions, someone constantly got my name wrong for six weeks, and every time I went to HR, I was told I was the problem,’ Sonya adds. ‘Companies need to invest in D&I and hiring the right candidates but also retaining them- you have to make sure that your employees are taken care of.’

The lack of concern for wellbeing and racial sensitivity is why 25-year-old Janika left her job, after only working there three months.

An IT Graduate, Janika was working as a receptionist at Legal & General, until she discovered she had been the victim of racist comments.

‘I usually take notes on my phone for work purposes and on this occasion, I needed to pop to the toilet and forgot I had the recording still running. To my surprise when I returned home and went over my voice notes, I heard two employees saying racist remarks like, “Black people have a smell about them”, “Black people don’t wash their hair” among other things about myself’.

‘I instantly went into a state of distress – I tried to brush it off for a few days but I just couldn’t do it as my mental health was being severely affected.’

‘It was an extremely hard decision, I toyed with the thought for a week or so because leaving ultimately meant that I would be unemployed but, in this case, the risk was definitely worth it.’

Legal & General responded to the allegations with a statement: ‘We have investigated overnight and established that those concerned are contractors employed by Mitie who are investigating these allegations thoroughly.

‘We have a zero-tolerance approach to bullying, racism and racial discrimination. While the allegation has been raised by an employee of a third party, we expect the same standards of behaviour from them as we would our own employees.’

Janika says the experience, and her discomfort at sharing it with other employees and management, has affected the way she now navigates the workplace.

Abdul echoes this sentiment, noting that his ordeal has made him uncertain about his next steps: ‘My biggest fear in resigning is that I’ve only been in this role for a short time, and I’m afraid that future employers will assume I’m a troublemaker who just leaves jobs on a whim.’

A lack of support

Whether it’s workplace racism, unequal pay or lack of opportunity to go up the ladder, it’s clear there’s a complacency in making Black employees feel valued and respected.

To see a change, Roselyn argues, there must be an active effort from the very top: ‘A company’s senior management plays a crucial role in establishing the culture, creating obstacles or providing opportunities that enable Black professionals to progress in their careers and succeed.

‘There is no formula or one-size-fits-all approach, however, an excellent place for companies to start would be to provide platforms and opportunities for their employees to communicate what support looks like, and then implement these’.

Ultimately, walking out of a job without another one lined up is a privileged decision to make – and systemic inequalities, in both work and society, means Black Brits can’t make that choice lightly.