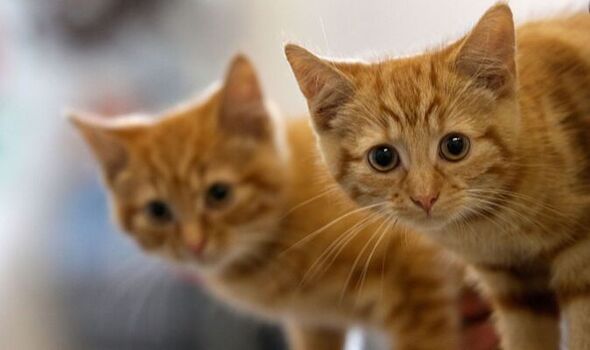 Findings from the study – which was the largest ever of its kind -revealed that cats which are regularly screened for genetic mutations are less likely to have the disease.

For the study, researchers in the US and Finland examined the DNA sequence of 11,000 domestic felines, including 90 pedigreed breeds and breed types, and 617 non-pedigrees.

The pets were tested for 87 gene mutations associated with disease, blood type or physical appearance.

The DNA tests analyse the pet’s genetic makeup to learn more about its ancestry, the breed groups it belongs to, how similar it is to wild cats and to identify whether it has specific markers which may indicate a health risk.

The tests are relatively straightforward and can be carried out by owners or by a vet using either a cheek swab or blood sample.

A non-pedigree cat – or “moggie”, has more genetic diversity than the pedigree cat population with three mutations linked solely to moggies.

The researchers also identified 13 disease-associated genetic mutations in 47 breeds for which the disease had not previously been documented.

The results suggest that the prevalence of some markers has declined since they were first identified.

For example, previous research claimed that a marker associated with kidney disease was found to be affecting as many as two-fifths of Persian cats.

However, the new data shows that the marker was not found in any Persian cats assessed but was instead found in Maine Coons and Scottish Straights.

Markers for certain coat colours and patterns, such as colour points in Siamese cats, were also responsible for the same trait in other breeds.

The rarest colour variant was the Amber coat colour found in Norwegian Forest Cats, which was also detected in one moggie.

Ms Anderson’s research was supported by a team from the University of Helsinki and the findings were published in the journal PLoS Genetics.