Travis Barker’s got no regrets about his head-to-toe ink.

After the Blink-182 drummer, 46, posted a shirtless shot that showcased his extensive collection of tattoos on Instagram Friday, one critic slammed his body art in the comments.

“The tattoos really look ridiculous, Travis. When you get older, you are going to regret it,” the wrote.

It didn’t take long for Barker to clap back and defend his designs.

“When I’m older I’m probably gonna hang out with other badass tattooed dudes and generally look awesome,” he responded. “What are you gonna do when you just look like every other old person?”

Among the rocker’s many, many tats? Nods to his music, the words “survivor’s guilt” on his arms — in memory of the 2008 plane crash that left him severely burned and battling PTSD and depression, and killed four others on board — and several tributes to his famous fiancée, Kourtney Kardashian.

What would Travis Barker look like without his tattoos?

In addition to the words “You’re So Cool!” on his thigh (rumored to be in Kardashian’s handwriting), Barker has his lady love’s name on his heart and an imprint of her lips on his left arm. He even let Kardashian take over the tattoo gun to etch “I love you” on his right arm.

The musician also recently covered up his tattoo of ex Shanna Moakler’s name — months after inking a giant skull over a tat of her initials on his hand.

Barker may be completely covered in skin art, but it seems he’s ready for a fresh start. 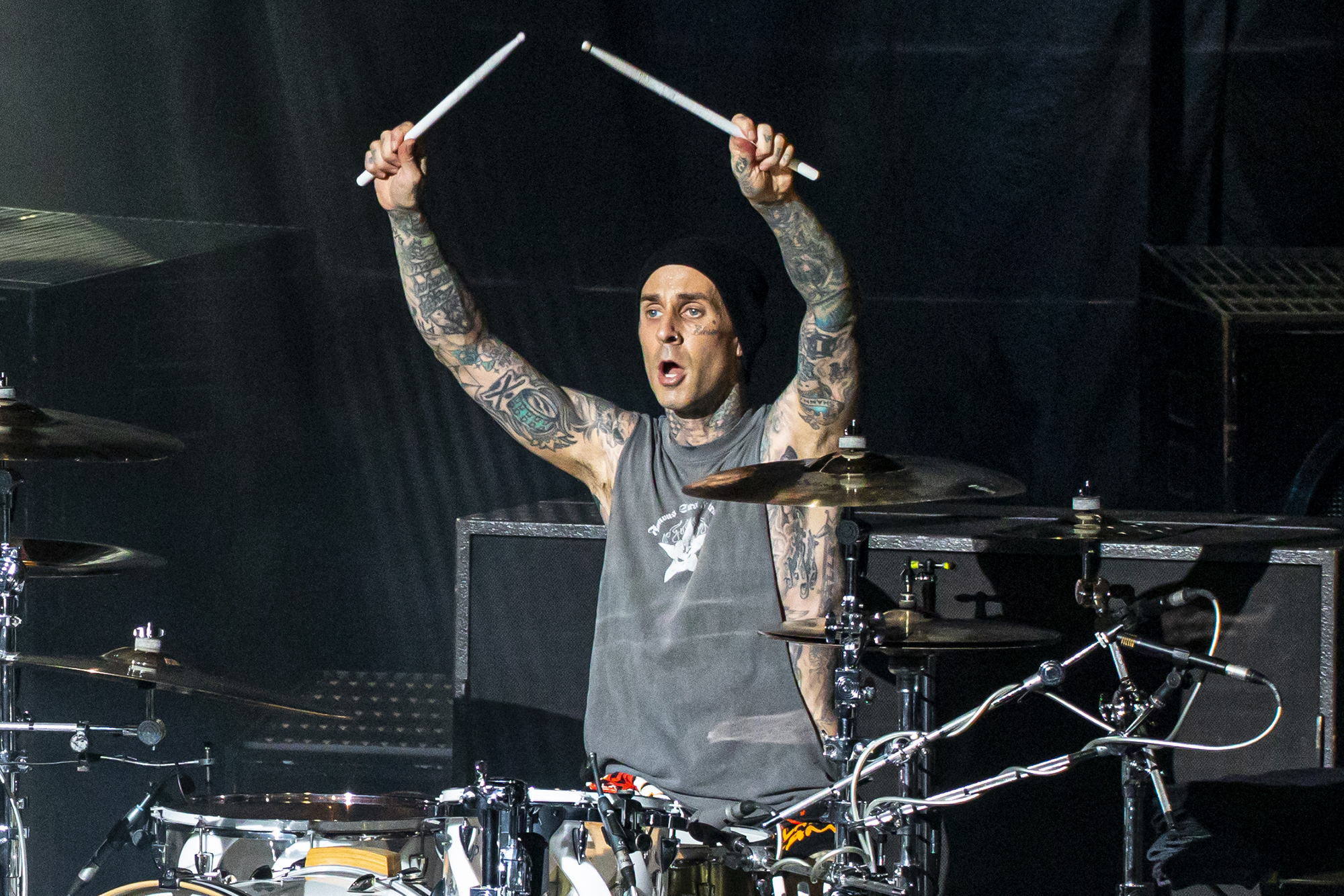