The homegrown star, who received an Order of Australia in 2019, accepted her induction via video message. She thanked Music Victoria “for this incredible recognition” and paid tribute to the evening’s award winners and nominees gathered at the Melbourne Recital Centre.

“This is extra special to me as this is my hometown, the place where my musical journey began back in 1987 when Mushroom released my first single, The Locomotion,” she said. 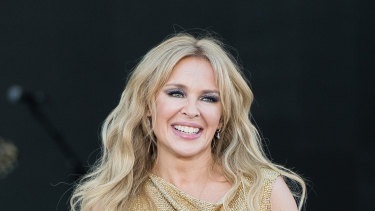 “This led to opportunities I could never have imagined … my deep gratitude to the many, many, many people who have been part of my journey, especially the one and only Michael Gudinski.

“I am so honoured and thank you also [Music Victoria] for the amazing work you do on behalf of the artists and the music community in Victoria.

“Congratulations to everyone being celebrated tonight. I’m sorry I’m not with you in person, but I look forward to seeing you real soon.” 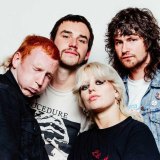 Michael Gudinski, who died in March, championed Minogue throughout her career. It was his son, Mushroom Group chief executive Matt Gudinski, who formally inducted Minogue into the Hall of Fame.

Just days after a stunning return to the Melbourne Recital Centre stage as part of this year’s Melbourne International Jazz Festival, soul queen Emma Donovan and her band reigned over Thursday night’s awards with three awards.

In a year when live music has just resurfaced, it was Emma Donovan and the Putback’s critically acclaimed album Crossover that won album of the year. They also won best group and best soul, funk, R’n’B or gospel act on a night when those gathered at the Recital Centre came together to celebrate Victoria’s music scene, including a brilliant live performance by Donovan and her band.

Returning to Melbourne earlier this year after a period living in western Sydney, Emma Donovan, a singer and songwriter of Noongar and Gumbaynggirr ancestry, told The Age in October that she “made the right move” coming home.

“Melbourne is still it for me when it comes to my music,” she said. “Look at all these opportunities … I feel lucky – this is my home, this is a beautiful community for musos. I love being back here.” 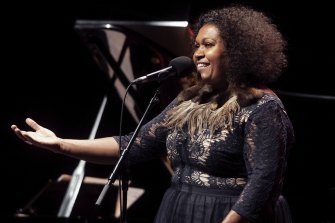 The late radio broadcaster Pierre Baroni was a posthumous Hall of Fame inductee, with video tributes from Jimmy Barnes and Archie Roach.

“From the artists on the mic to the off-stage army of producers, promoters, artist managers, technicians, venue operators and more, Victoria’s music industry is an absolute powerhouse of talent and has proved to be a pillar of strength over the past couple of years,” Mr Pearson said.