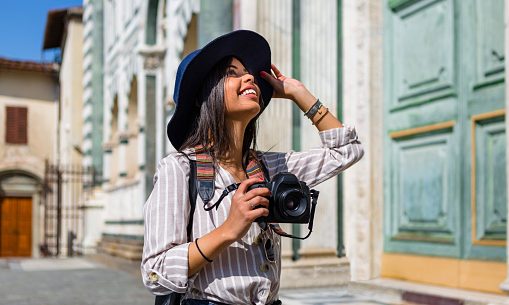 Our social media feeds are overflowing with people jet-setting off on their summer holidays at the moment.

If all the scenic shots and beach snaps have given you the travel bug, it could be time to book a last-minute trip.

And a city break is a great option for a quick getaway – as these trips, typically, doesn’t require too much planning in advance.

But where do you turn for inspiration?

It seems the team at luggage storage company Bounce have done the hard work for us and have compiled a list of destinations that will ensure no one is left disappointed.

They’ve ranked the most underrated city breaks – or, in other words, the destinations a little more off-the-beaten track.

What’s more, there’s also a list of the ones you should steer clear of – AKA, the most overrated.

To compile the list, the research looked at various destinations and ranked them based on the amount of things to do and five star ratings – plus the number of yearly visitors.

Although it’s not technically a city, Rhodes in Greece scoops the top spot as the most underrated destination.

There’s no denying the consistent balmy temperatures are likely to have played a role in this, as well the Unesco World Heritage sites and medieval centre.

Marrakech in Morocco comes in second position with a strong number of five-star ratings. This is followed by Porto in third place – although, interestingly, it only receives around 2.49 million visitors per year.

Heraklion in Greece, Rio de Janeiro in Brazil, Krakow in Poland and Lima in Peru also made it into the top 10.

While Paris, New York, London and Istanbul came out on top as the destinations named as the most overrated.