Mystery solved … ish. The Challenge: Spies, Lies and Allies host TJ Lavin shocked fans during the Wednesday, November 10, episode, when sharing that Ashley Mitchell, who has been prominently featured all season long, had left the show.

‘The Challenge’ Stars Who’ve Won Multiple Seasons: Where Are They Now?

Mitchell, 34, has competed on nine seasons of The Challenge, winning Invasion of the Champions in 2017, Final Reckoning in 2018 and War of the Worlds 2 in 2019.

Following the episode, the Real World alum took to Twitter with a statement, writing, “Rules are rules and I respect @mtv and TJs call. The best apology is changed behavior. See you next time.” 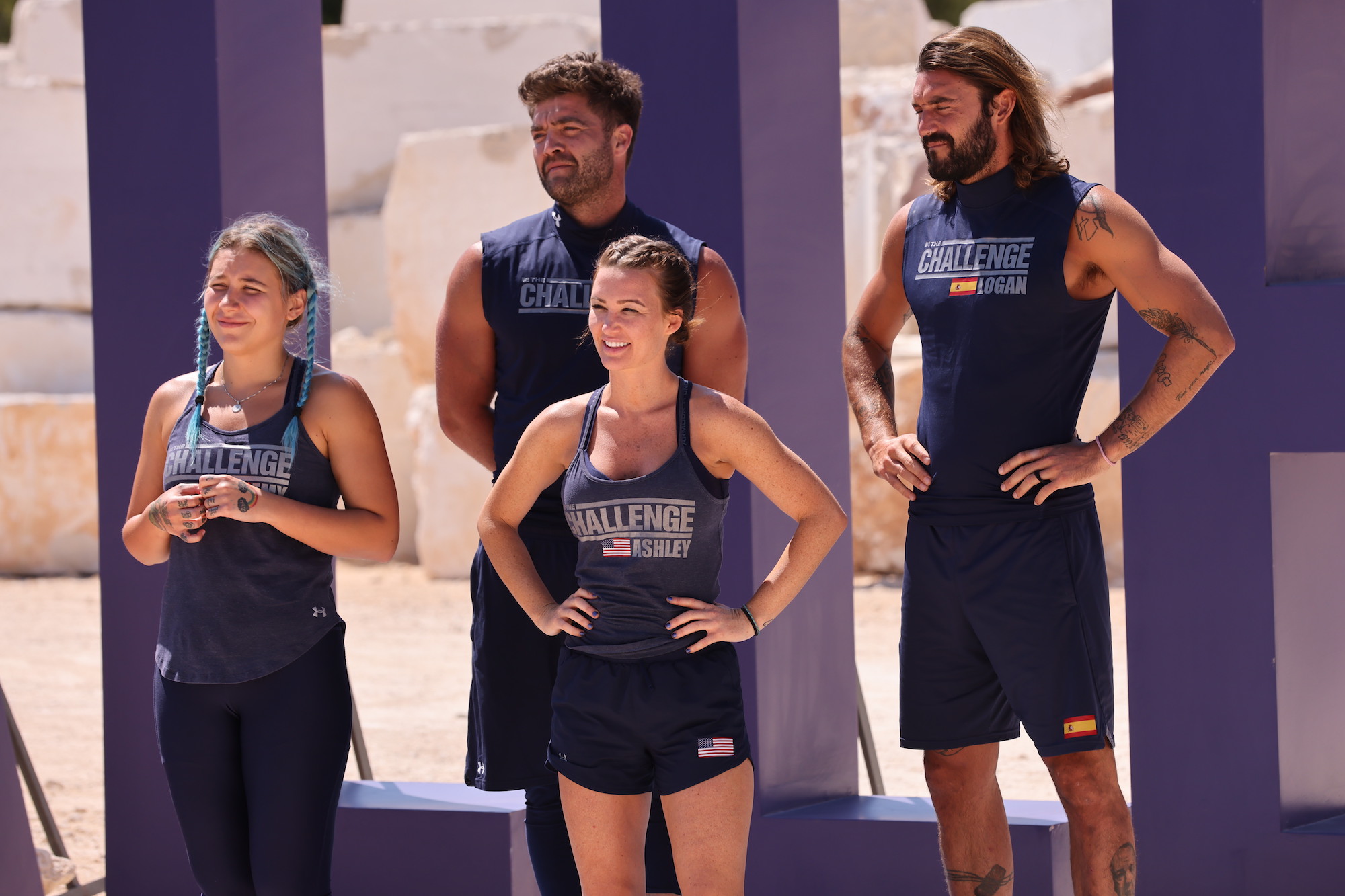 Over the past few seasons, multiple contestants have been cut from the game. During The Challenge: Total Madness in 2020, Dee Nguyen was edited out after tweeting racially insensitive comments amid the Black Lives Matter movement. Additionally, MTV aired a disclaimer at the top of the episodes that she was still in.

Stars Fired From Reality Shows Through the Years

“As a result of Dee Nguyen’s offensive comments on the Black Lives Matter movement, we have severed ties with her,” the statement read. “Out of respect for the competition and other Challengers, MTV will air the season as planned.”

Nguyen, 28, released a lengthy apology. “I want to sincerely apologize to my fellow cast members, the production crew at Bunin-Murray and the staff at MTV for my choice of words and actions in the most recent events. What was stated wasn’t meant to be hurtful or discriminatory in any matter. It was a knee jerk of a reaction and it’s certainly not the way that I feel nor what I meant.” she said, noting that she “would love” to take her remarks back. “To set to record straight, racial intolerance is intolerable and unacceptable. Having had to deal with racism my entire life, ironically through all this, there is a warm feeling I have with the fact that humans are standing together to call out unacceptable comments and behaviors that in the past were rarely called on. Again, we are shown that you can be judged in a second on all social media platforms.”

Earlier this season, Lauren Coogan was edited out of the show and fans noticed Josh Martinez had a new partner during the August 18 episode. MTV never commented on the exit, and the Love Island vet, 29, later claimed she was “gaslit and scapegoated” during the show.

“I think that the people who’ve been on the show for a long time know that certain things aren’t gonna get shown which protects them and they know that they can say and do certain things or act in a certain way and it’s not gonna get shown,” the reality star claimed via Instagram in August. “There’s a lot of secrets and a lot of s—t that is going on. … Honestly because Croatia is so far ahead, all the s–t that I was accused of saying, MTV legal didn’t have enough time to go over the tape before the next challenge started so I was f–ked.”

The Challenge: Spies, Lies and Allies airs on MTV Wednesdays at 8 p.m. ET.