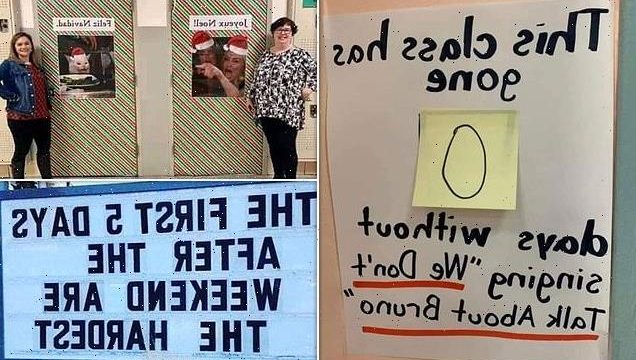 Too cool for school! Teachers reveal how a VERY keen sense of humour gets them through those ‘tear your hair out’ moments in the classroom

Every teacher knows it can be difficult to keep students focused in class, so some have come up with amusing ways to keep the school day interesting.

The photos have been taken from educators around the world and shared on Instagram page @TeacherGoals before being collated in an online gallery by Bored Panda.

One photograph shows a teacher was counting down the days since they had last heard the song ‘We Don’t Talk About Bruno’ from the Disney film Encanto.

Meanwhile in another snap, the teachers used a popular meme from Real Housewives to wish their students a Merry Christmas.

Here, FEMAIL shares some of the most creative and humorous examples from the bunch… 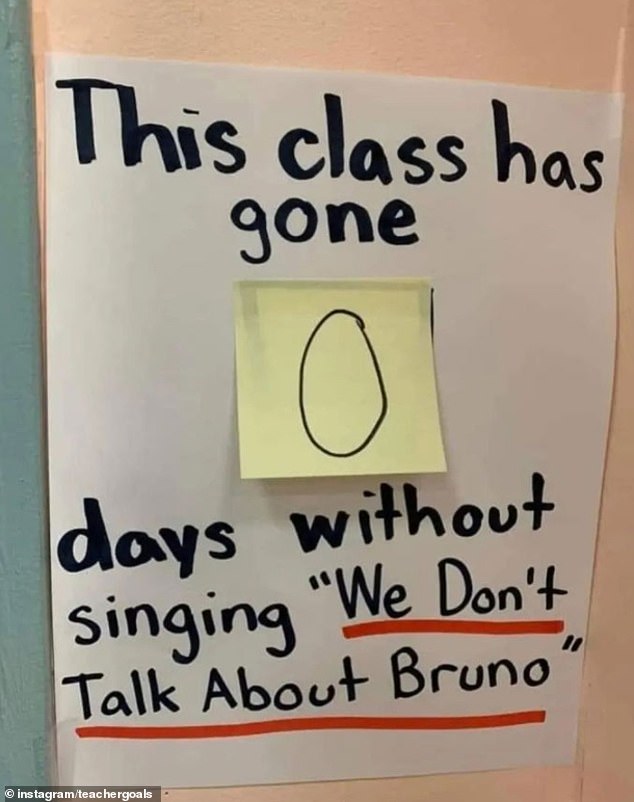 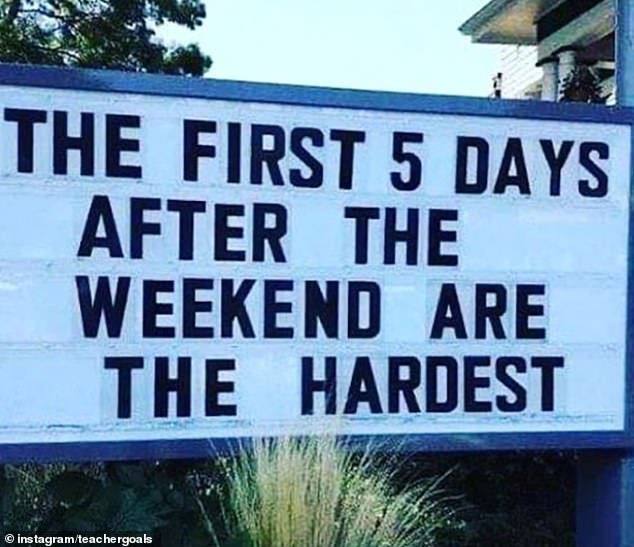 Not pulling any punches! Another member of the school staff in the US was unafraid to admit they were often counting down to the weekend 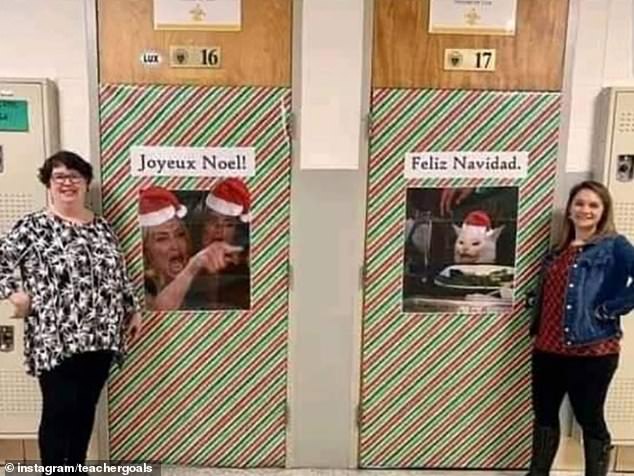 A meme which transcends language! Several teachers, from the US, were left chuckling after they admitted a humorous sign to their door wishing their students a Merry Christmas 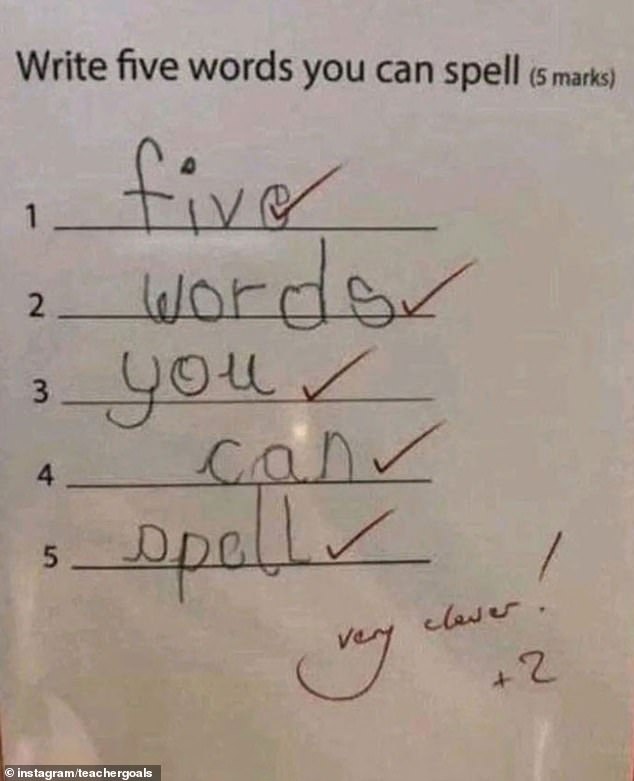 Very clever! One teacher, believed to be British, was left impressed after one student took their homework too literally 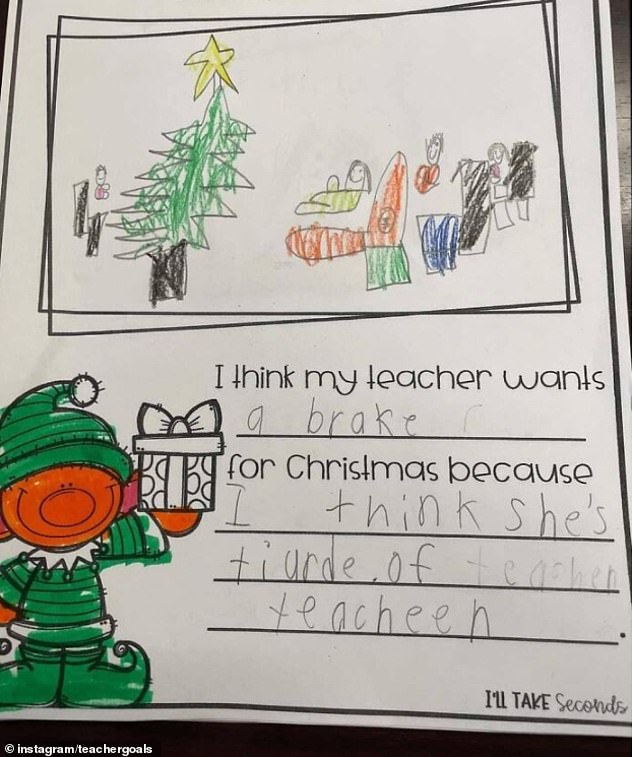 One student, whose location is unknown, appeared to be more perceptive than they were good at spelling 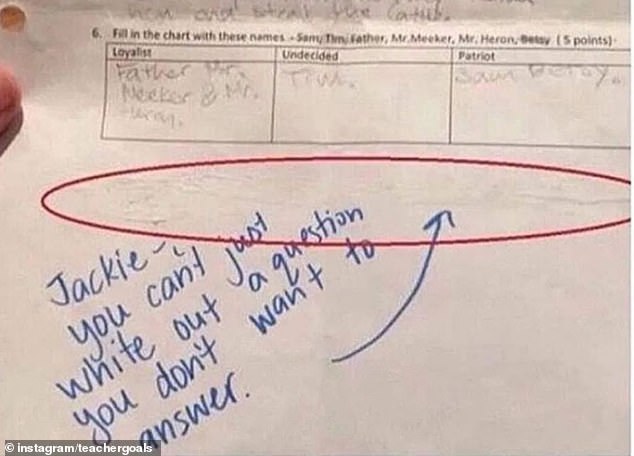 This kid is going places! Another teacher, from the US, told one creative student that using white out to block out a question was no way to do homework 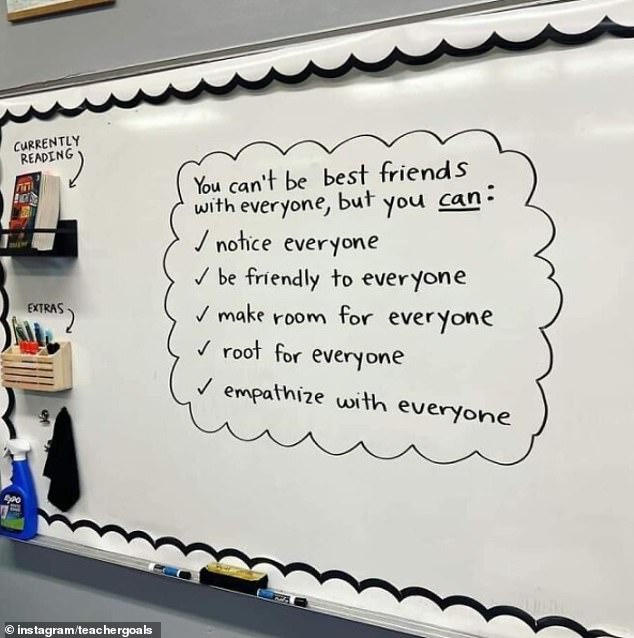 A lesson for students AND teachers! Another person in the US snapped a picture of an informative sign drawn on a white board 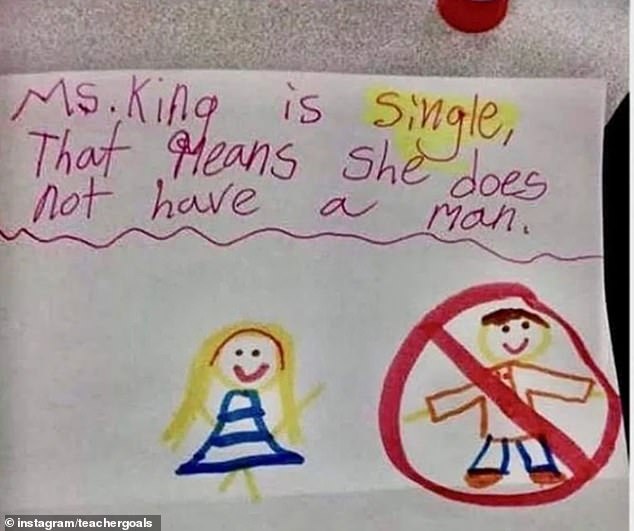 All the single ladies! One teacher had a rude awakening after asking her students to use the word ‘single’ on a poster they were creating 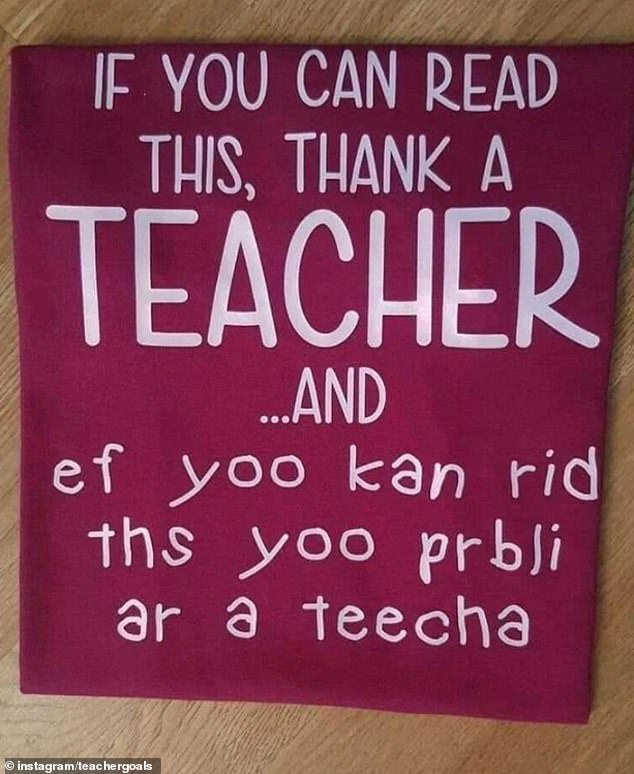 If you can read this…you probably are a teacher! One person, whose location is unknown, was left amused by these playful napkins 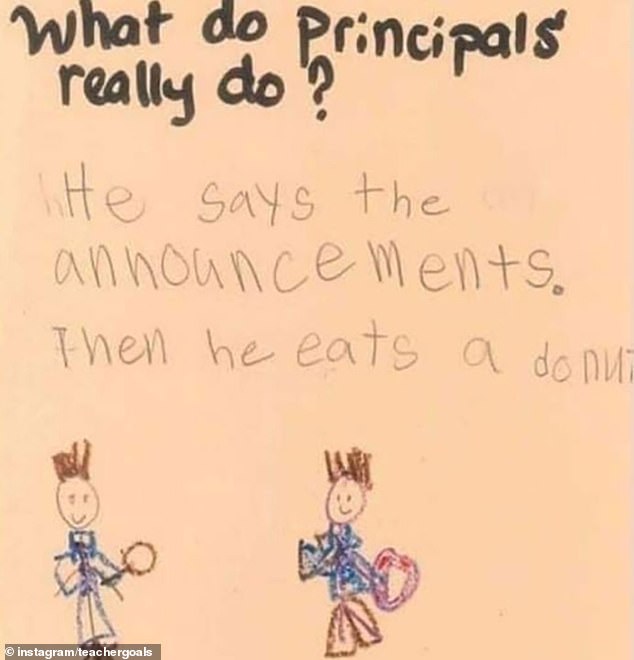 Eating donuts and making announcements! One American child had his teacher in stitches after he wrote what he believed a principal’s job was 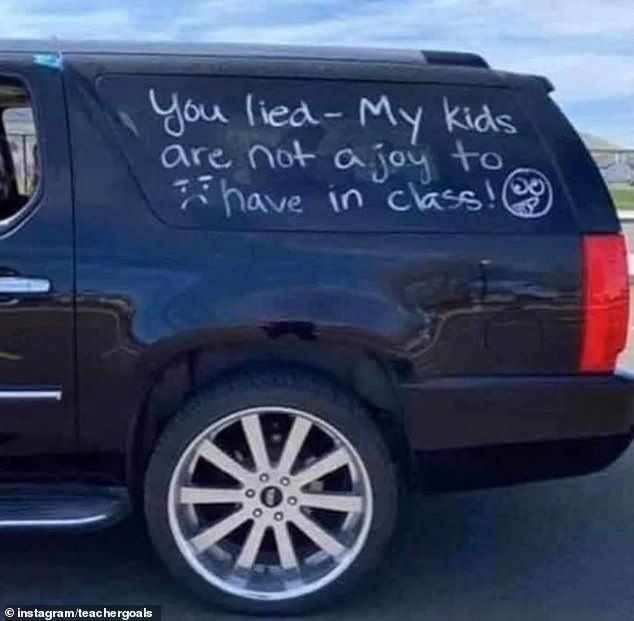 My kids are NOT a joy! One parent from the US accused her children’s teachers of lying to her about how they behaved in class