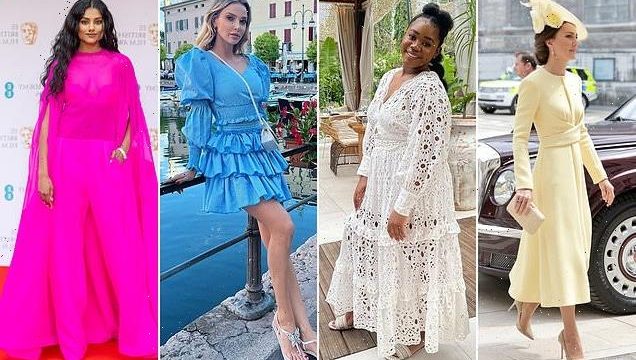 Best dressed stars of 2022: Kate Middleton tops Tatler’s list of most fashionable while Bridgerton favourite Simone Ashley and Made in Chelsea’s Sophie Hermann make the top 10

The Duchess of Cambridge has come out on top as the best dressed star of 2022.

In a list compiled by Tatler, Kate Middleton, 40, was crowned a style queen as she wowed royal fans with her chic outfits at public events including Royal Ascot and the Platinum Jubilee.

The magazine’s 25 Best Dressed list, which celebrates glamourous outfits from both women and men, paid particular mention to those who have harked back to the 1980s this year in their outfits.

The magazine drew parallels between the Duchess of Cambridge’s polka dot Alessandra Rich dress at Royal Ascot in June and Julia Roberts’ similar chic outfit from a scene in Pretty Woman when she attends a polo match.

Eagle-eyed royal fans may have likened Kate’s outfit to another classic look worn in the 1980s – by her late mother-in-law Princess Diana, who wore a strikingly similar outfit to Royal Ascot in 1986.

Others held up as having enviable style in this year’s list include Bridgerton star Simone Ashley and ballet dancer Francesca Hayward.

Here, FEMAIL reveals the fashionistas who made it into Tatler’s top 10. 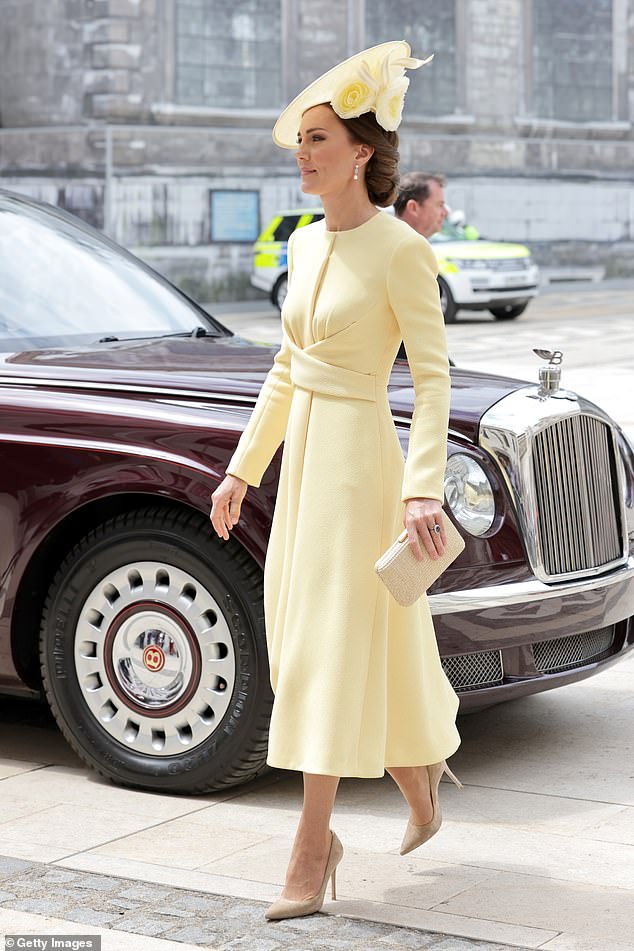 The Duchess of Cambridge, 40, wore a yellow Emilia Wickstead coat dress to the Platinum Jubilee celebrations 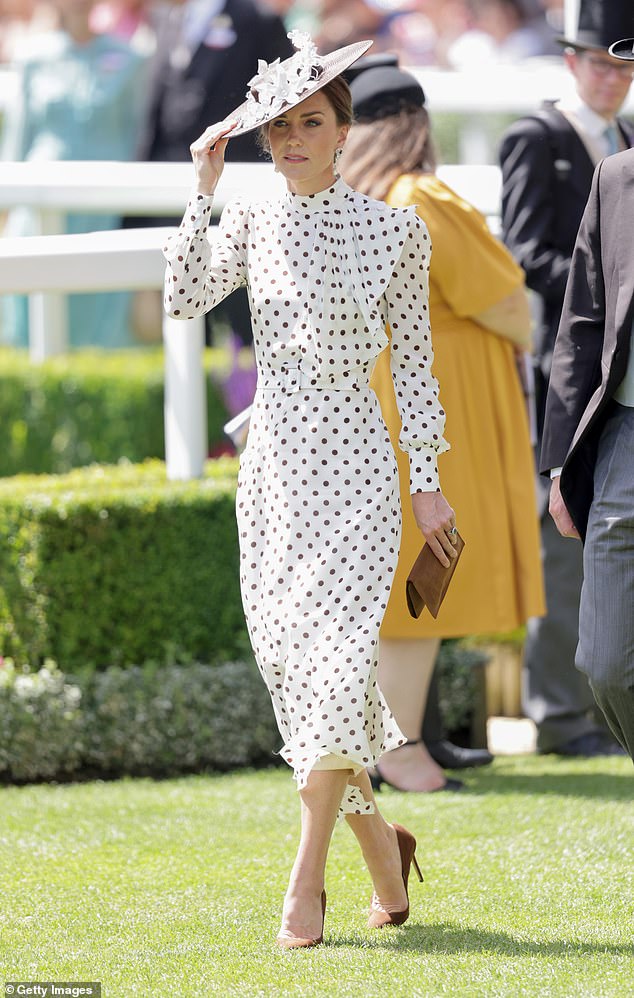 At this year’s Royal Ascot, Kate Middleton wore a white polka-dot dress in an ode to her late mother-in-law, Princess Diana

15. The Marquess of Lorne

16. The Duke of Richmond

The Duchess of Cambridge, 40, is an undisputed style queen who champions British designers in her wardrobe.

Mother-of-three Kate has also been known to celebrate high street brands, and will often recycle outfits in the interest of sustainability.

Appearing at the Commonwealth Games this week, Kate wore a sleek white Alexander McQueen suit for the third time, costing £1,945.

The Duchess has a particular fondness for McQueen and has worn the designer’s clothes several times – most notably on her wedding day.

Of late, she’s been wearing Alessandra Rich on repeat and it’s perhaps no coincidence that the designer’s vintage-inspired designs are very reminiscent of her late mother-in-law Princess Diana.

At Royal Ascot this year, the Duchess turned heads in a polka dot dress and black hat that looked as if it could have come straight from Diana’s wardrobe.

Vimbair Masiyiwa, a businesswoman from Zimbabwe, often steals the show in statement dresses 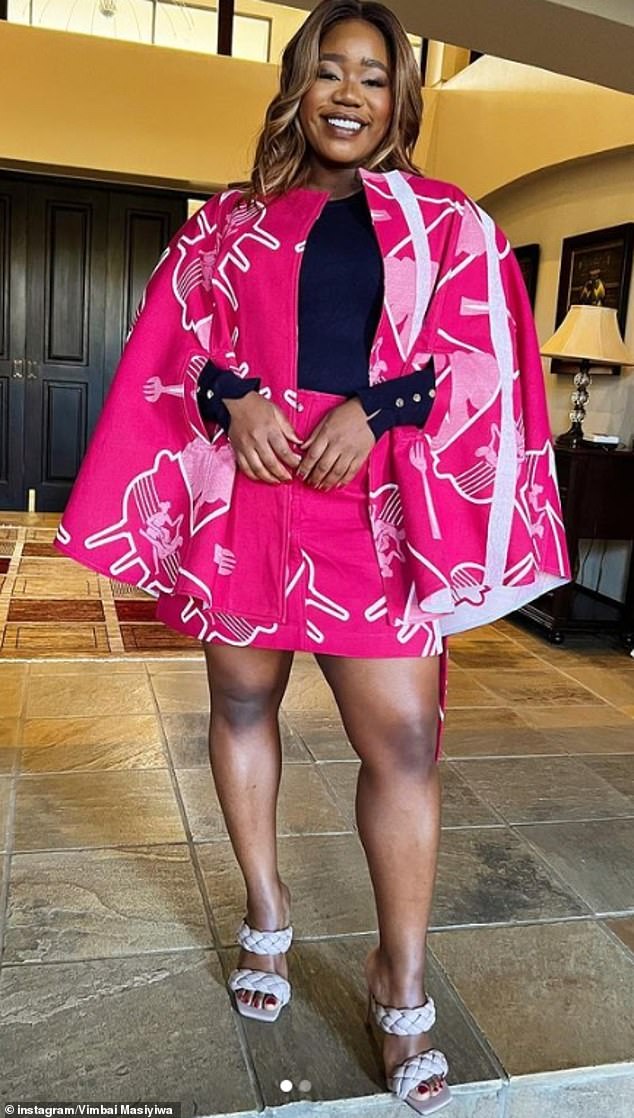 Vimbai, who runs a hospitality empire, is not afraid to don bright, bold colours

Businesswoman Vimbai Masiyiwa celebrates colour and elegance in her wardrobe.

The Zimbabwean entrepreneur, who runs the Batoka Hospitality Group, is often pictured on Instagram in standout dresses and statement headpieces.

Vimbai recently posted a photo of herself wearing a vibrant yellow off-shoulder dress on her Instagram page.

She paired the dress with black stilettos with spikes.

While she certainly knows how to pull off an occasion frock, Vimbai also pulls together casual outfits with style.

Whether it’s a white linen shirt and jeans combination or a flannel overshirt paired with Hunter wellington boots, Vimbai always looks her best for walks in the countryside. 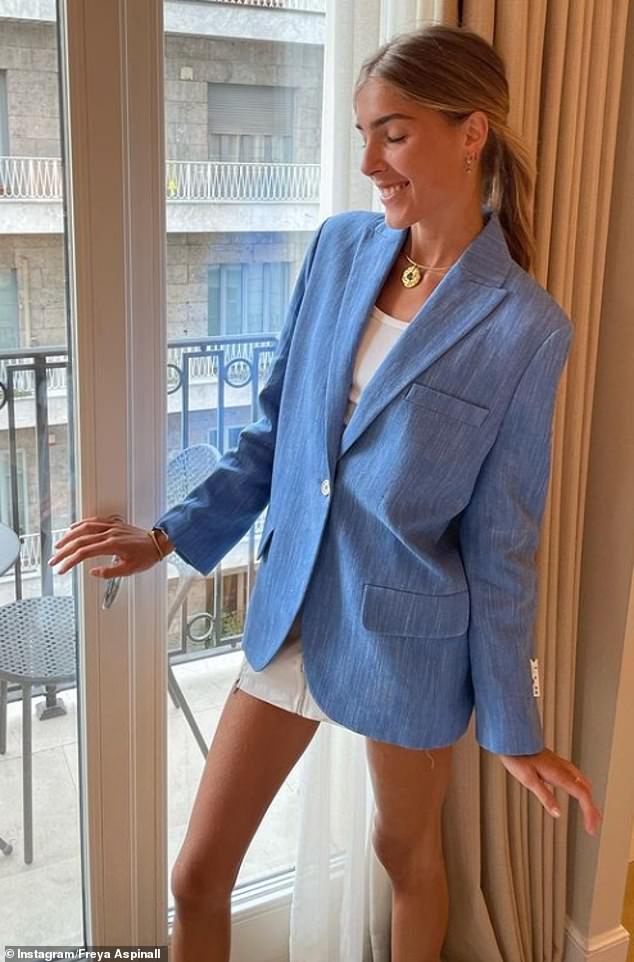 Freya Aspinall, in her late teens, was signed to modelling agency Storm a few years ago 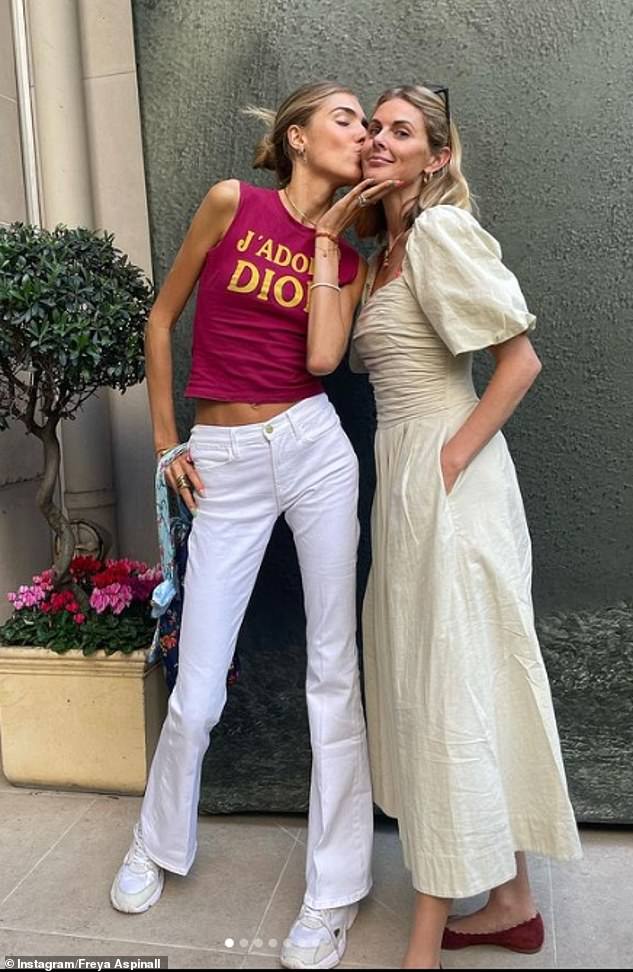 Model and animal lover Freya Aspinall, who is in her late teens, is following in the footsteps of her conservationist family by taking on projects around the world.

The daughter of Donna Air and Damian Aspinall, who owns Howlett’s wildlife park in Kent, has a similar bond with animals and was raised around them – but despite having an active and outdoorsy lifestyle Freya still finds time to be a style icon.

The model, who is signed to Storm modelling agency, has championed online retailers like PrettyLittleThing in the past.

She has also been known to favour Charlotte Tilbury make-up.

The model recently posted a photo of herself and her mother on Instagram to celebrate Donna Air’s birthday.

In one photo, Freya is wearing a maroon Dior T shirt and low-rise white jeans, harking back to the 1990s. 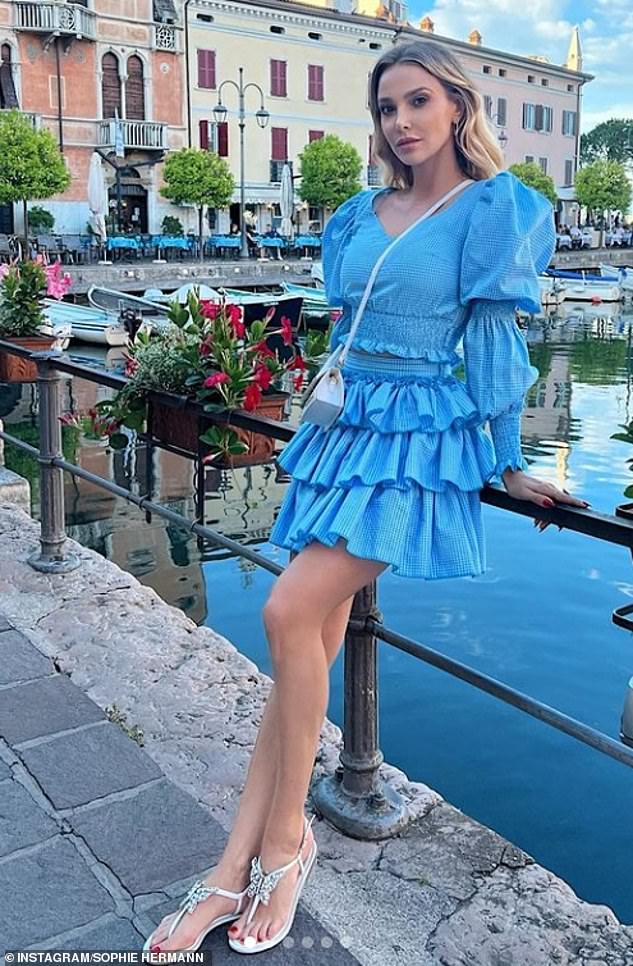 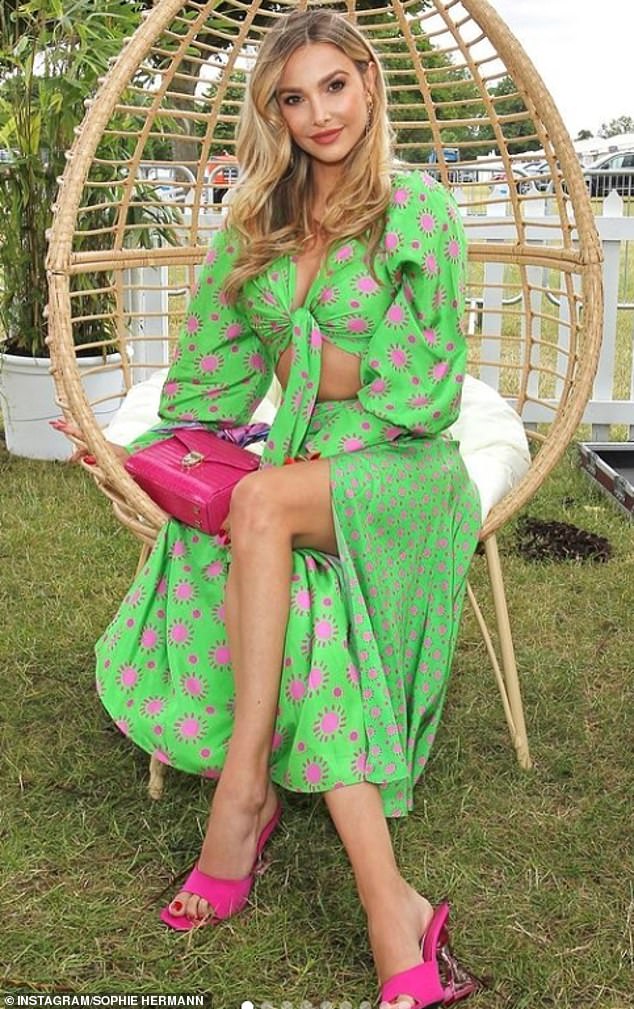 Making her name on reality TV series Made in Chelsea, Sophie Hermann, 35, has made fourth place in the list.

The fashion designer from Munich, Germany, is often spotted at high-profile events, stealing the show in bold colours and prints.

In recent years she has designed a clothing line inspired by the traditional dress of Oktoberfest – which she attends in her hometown every year.

She has also collaborated with online brands like Never Fully Dressed.

Sophie, who jokingly gives herself the nickname ‘The Duchess’ has previously revealed her fashion pet peeve is fake fur – which she hopes will never make its return.

She accessorised the colour-clashing outfit with pink heeled sandals and a pink handbag. 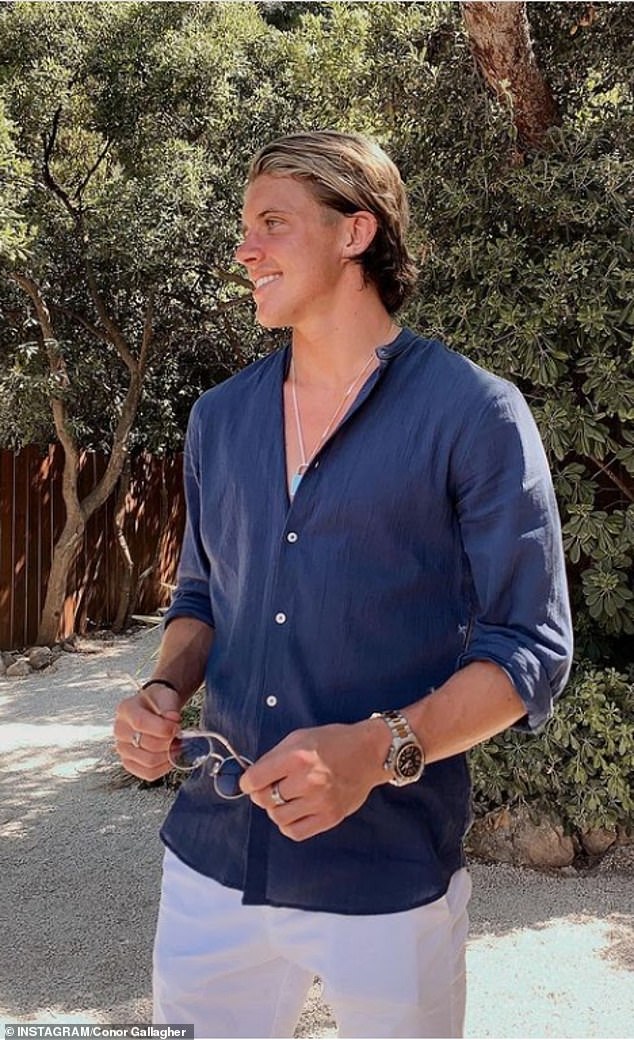 According to the magazine, he has pride of place in the top five when he is not wearing a football kit due to his dressed-down look.

In particular, his fondness for brands like Fendi and Gucci make him a stylish standout among his peers.

He also shows his love of Fendi, having recently worn swimming shorts from the Italian fashion house on a family holiday.

Tamara Beckwith Veroni, 52, is an original It Girl and long-standing fashion icon

Socialite and original ‘It Girl’ Tamara Beckwith Veroni, 52, from west London, is a long-standing fashion icon.

Tamara, who has also dipped her toes into reporting for British TV shows like Watchdog and This Morning, is always elegant on a red carpet and knows exactly how to turn heads.

Writing for The Daily Mail in 2020, the socialite detailed some of the outfits she wore in her favourite photos.

In one photo, taken while at a Burberry event, she wore a tiny T shirt she had brought from Los Angeles which featured an image of 60s model Twiggy.

With the real-life Twiggy at the event, the pair took a photo together in which the model put her hand over Tamara’s t-shirt. 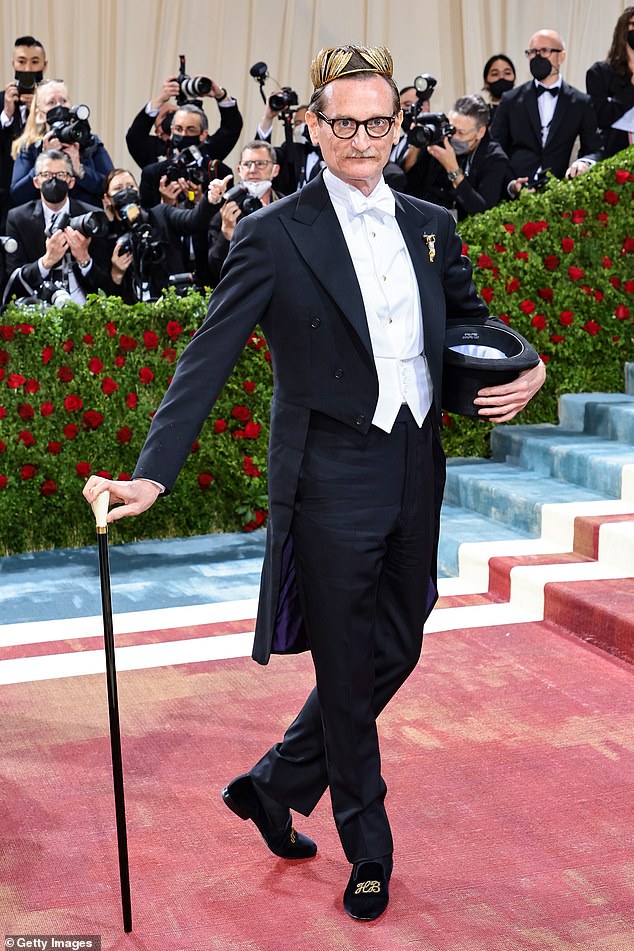 Hamish is not afraid of bold colours and prints, and is often pictured showing off his avant-garde style on Instagram

Another man to make the list is Vogue’s editor-at-large Hamish Bowles. The British fashion journalist made a splash at this year’s Met Gala in a classic top hat and tails.

He paired the traditional outfit with black velvet loafers embroidered with his initials, ‘HB’, in gold.

Walking with a cane and carrying his top hat under one arm, the fashionista wore a crown of bronze leaves on his head, in an ode to the Gilded Age theme of the event.

In photos on his Instagram page Hamish celebrates bold colours and patterns, which often complement the extravagant surroundings he finds himself in.

Doing away with gender conventions for how a man tend to dress, Hamish does not fear floral prints and will often clash colours. 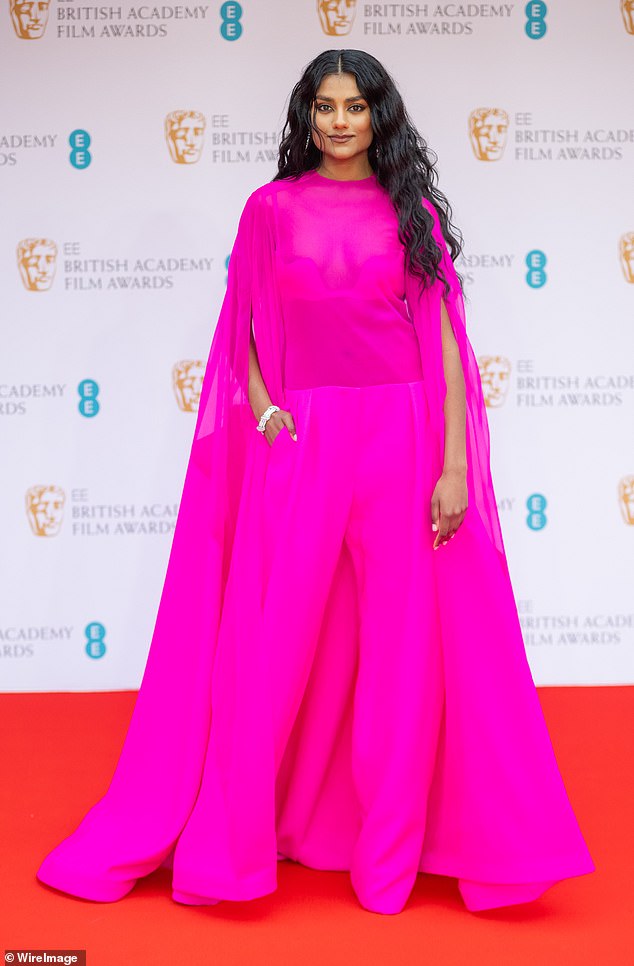 Simone Ashley, 27, stunned at this year’s BAFTAs in a bright fuchsia Valentino jumpsuit 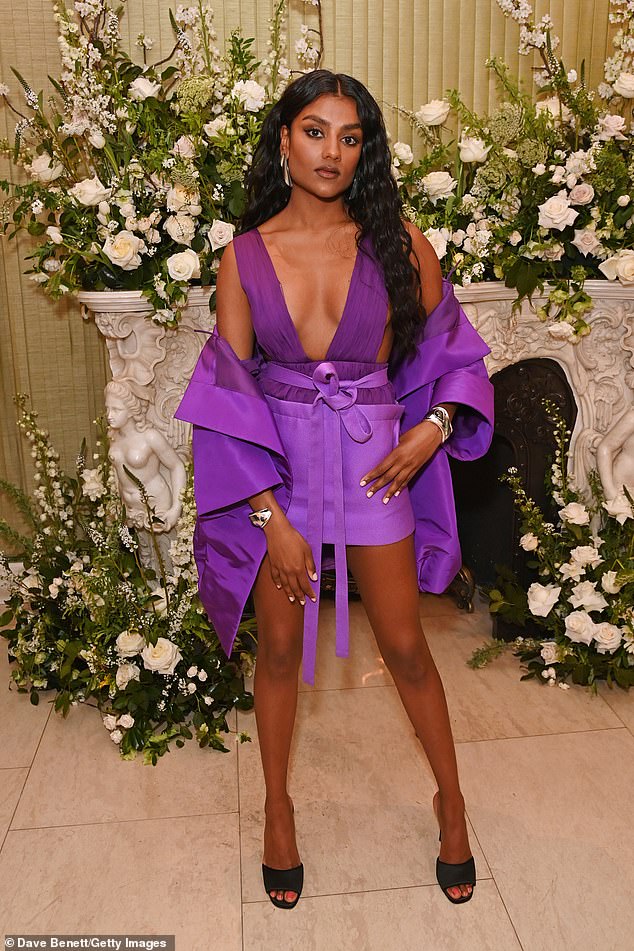 Simone, who stars in series two of Bridgerton and Netflix’s sex education, is a rising star in the fashion world

Woman of the hour Simone Ashley is hot property in 2022 as the protagonist of series two of Bridgerton, while also playing a lead role in Sex Education.

The Netflix fan favourite, 27, also stuns off-screen and has become known for stealing the show in block colours on the red carpet.

She left viewers open-mouthed as she appeared at this year’s BAFTA awards in a fuchsia Valentino jumpsuit.

The young actress also stunned at the Bridgerton premier in a black-and-white lace Gucci two-piece.

At this year’s Met Gala, Simone was one of the guests who nailed the Gilded Age brief in a black and bronze Moschino look. 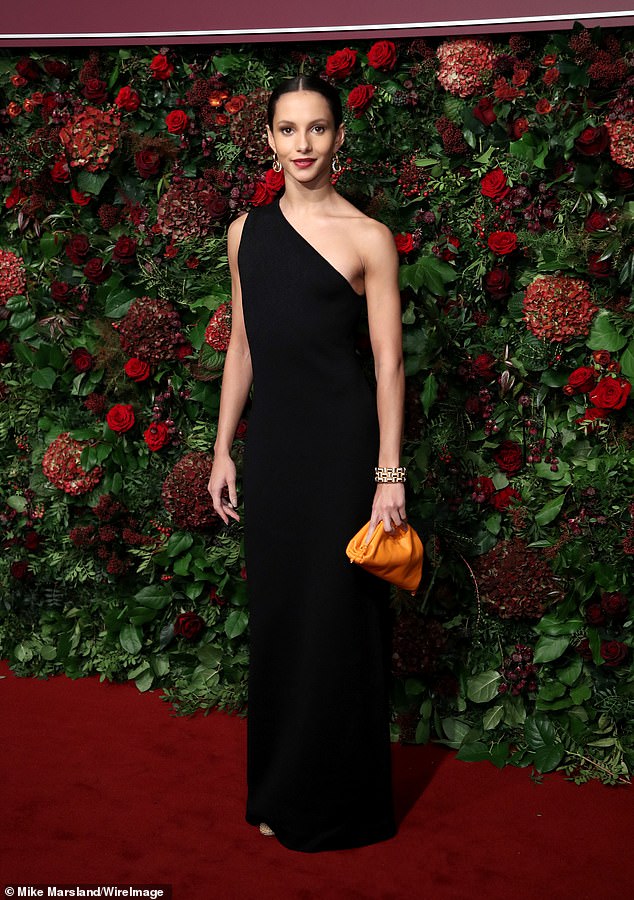 Ballet dancer Francesca Hayward, 30, scraped into Tatler’s top 10 by adding a touch of ballerina chic to her every day outfits.

The talented dancer, who trained at the Royal Ballet School, made her film debut when she starred in the movie adaptation of Cats as Victoria the White Cat.

When she isn’t performing, Francesca keeps her signature style close to her job, adding tulle to her outfits.

However, while promoting her Hollywood debut the multi-talented 30-year-old kept her style more down to earth.

Heartstopper star Joe Locke, 18, stole the show at this year’s BAFTAs in a bright pink suit from Parisian designer Ami 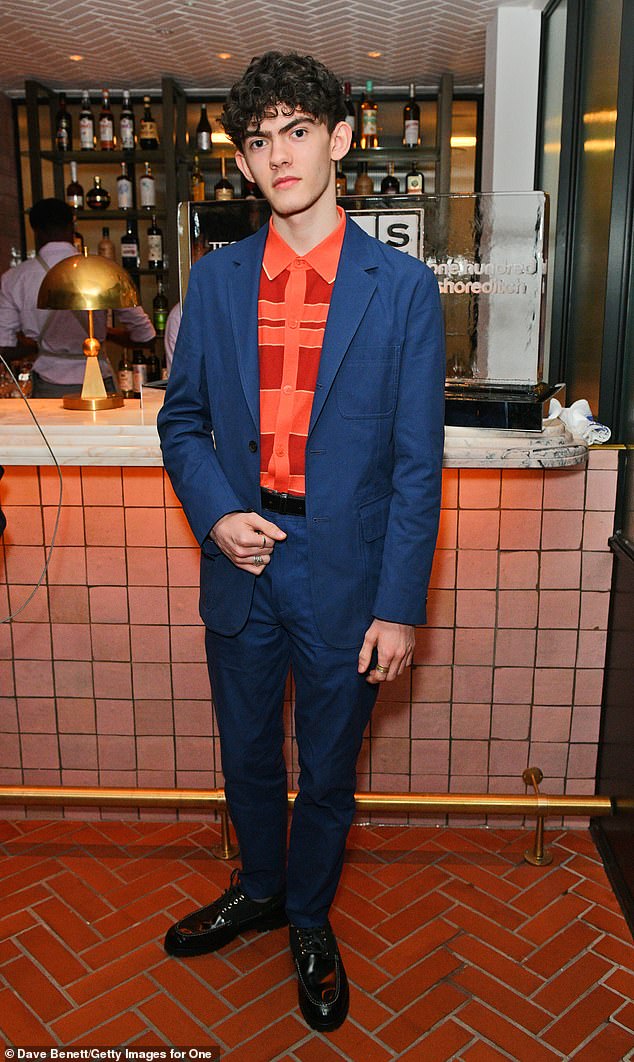 Joe, pictured at the GQ Style magazine relaunch party in London, has earned a firm fan base for his stylish outfits

Actor and break-out star of LGBT Netflix show Heartstopper Joe Locke stunned in a pink suit as he attended his first ever BAFTAs award ceremony this year.

The 18-year-old oozed style in the suit, from Parisian designer Ami, which he accessorised with a Swarovski necklace.

Pink appears to be Joe’s colour as the actor has also posed in lighter shaded pink suits for various photoshoots.

His fondness for the colour has led to some fans dubbing him ‘The Bubblegum Prince’.