Rising R&B star Becca Hatch recalls the “major switch” that flipped when she uploaded her track 2560, a breezy paean to growing up in Campbelltown in Sydney’s west, to Triple J Unearthed just over a year ago.

“I just liked hanging out with my friends and making music, it wasn’t any deeper than that,” the 20-year-old, a graduate of Campbelltown Performing Arts High School, says of her one-time musical ambitions.

“But when I put up 2560, that’s when I started getting a lot of attention and I was like, ‘Oh yes, I can probably do this properly.’” 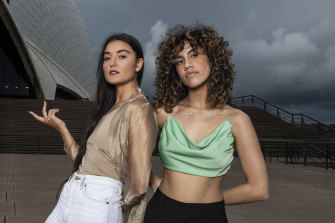 Hatch – now signed to ForeverEver, an imprint of Sony Music started by local hip-hop lifer Hau Latukefu – will perform at Barrabuwari, a free concert on the Sydney Opera House Forecourt on Saturday.

While largely overshadowed by the unprecedented success of its more male-dominated brethren, a Sydney hip-hop scene that’s launched such global superstars as The Kid Laroi and OneFour, the local R&B scene is experiencing a similar renaissance.

Much like Sydney’s hip-hop boom the movement has been largely independent, driven by shared uploads on YouTube and Soundcloud, with artists cultivating their own grassroots followings. 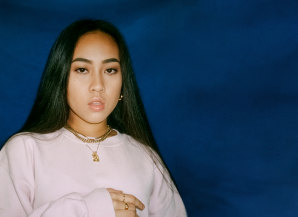 “I started just uploading my stuff to Soundcloud and Triple J Unearthed. I was making music in my room and had no idea what it all meant,” says Lara Andallo, 21, whose slinky single On My Mind seems primed for TikTok virality.

Now signed to Warner Music, she says she began being approached by major labels back in 2017, almost as soon as she “started making real music”.

“I think the reason those conversations started so early was because the labels could see there was a gap in the market in R&B here. I was just naturally getting traction online, so you could see that organic love for R&B was already there, that Australia wants it as well.”

“I definitely feel like there’s more and more incredible artists popping up and there’s a real collaborative energy, with people supporting each other and lifting one another up rather than competition.”

Much like hip-hop’s recent explosion in Sydney, R&B’s burst has also been driven by young artists of colour – Indigenous artists and first-generation Australians of mainly Asian, African and Pasifika background who grew up influenced by and identifying with US R&B and a black culture that offered expression to their own experience in Australia, at least more so than any, say, Silverchair song could.

“It’s a genre of music that originated from a specific place of oppression, I think that’s why people of colour in Australia feel it gives voice to what we’ve experienced over here,” says Andallo who’s Filipino.

Hatch, whose mother is Samoan and father is Kamilaroi Aboriginal, says what excites her most about the scene is “there are lots of artists of colour who are telling their own stories” and representing their own communities.

“Like, 2560 for me was never meant to be anything too serious, just something that reminded me of hanging out with my friends in Campbelltown. But just sharing my story can give other young brown and Indigenous females something they can relate to.”

Alongside the obvious success of US superstars like Rihanna and Beyonce, R&B has long been a dominant pop genre in Australia, from the mid-’90s chart success of CDB and Deni Hines to the lengthy careers of Australian Idol stalwarts Guy Sebastian and Jessica Mauboy.

But it was still only two years ago that the ARIA Awards introduced a dedicated “Soul/R&B” category that explicitly celebrated the local genre’s ever-expanding artistic expression. (The first two prizes went to neo-soul breakthroughs from PNG-born singer Kaiit and Indigenous artist Miiesha.)

Andallo says it’s not unimaginable that we could have a local talent representing Sydney’s R&B scene overseas in the same way homegrown hip-hop has suddenly dominated global charts.

“Why can’t we have, for example, a Kid Laroi of R&B? I know for me that’s always been the thing,” she says.

“I don’t think we’ve ever had any major Australian exports in R&B that weren’t a crossover with pop or hip-hop. But having R&B at the actual forefront, that’s what this next generation of R&B artists are pushing for.”

Becca Hatch and Milan Ring will perform at Barrabuwari Sunset Gathering on the Sydney Opera House Forecourt on Saturday.