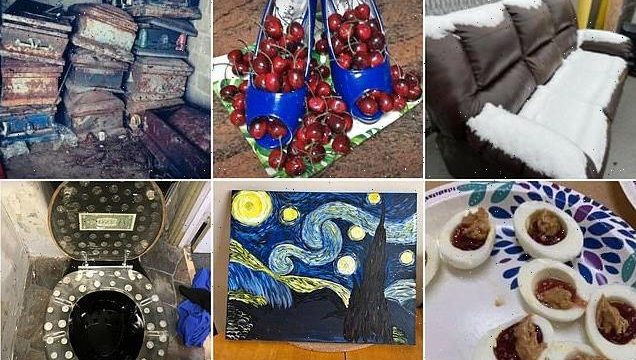 No wonder they haven’t sold! Online shoppers reveal the weirdest items they’ve spotted for sale – including a sofa covered in snow and used coffins

From eBay to Facebook Marketplace, the internet is full of people selling unconventional items, but as proven by these images not every product attracts buyers.

Diply has rounded up a selection of the weirdest items from around the world that have been advertised for sale online – including damaged furniture, homemade artwork and even used coffins.

Among the images is a man from Idaho who took to Twitter with a snap of a sofa covered in snow that was advertised on Facebook Marketplace.

Elsewhere, is another man from the U.S, who went viral after he offered to sell eggs topped with peanut butter and jam for $20. 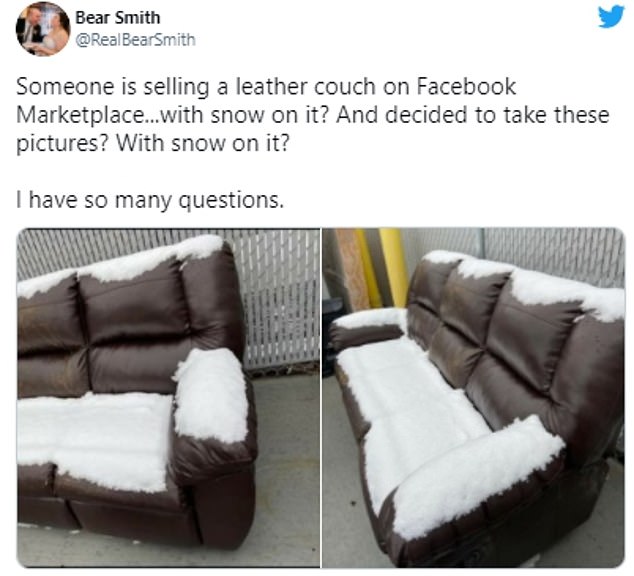 Diply has rounded up a selection of the weirdest items from around the world that have been advertised for sale online – including a Facebook Marketplace user from the U.S, offering a leather sofa covered in snow 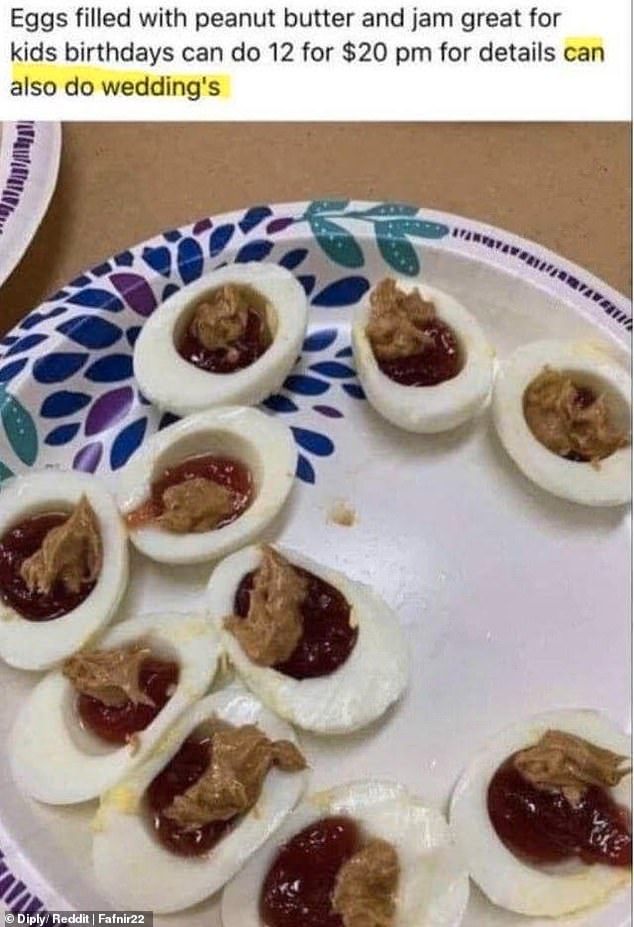 Egg-cellent! A man from the U.S went viral on social media, after offering to make eggs topped with peanut butter and jam for kid’s parties and weddings 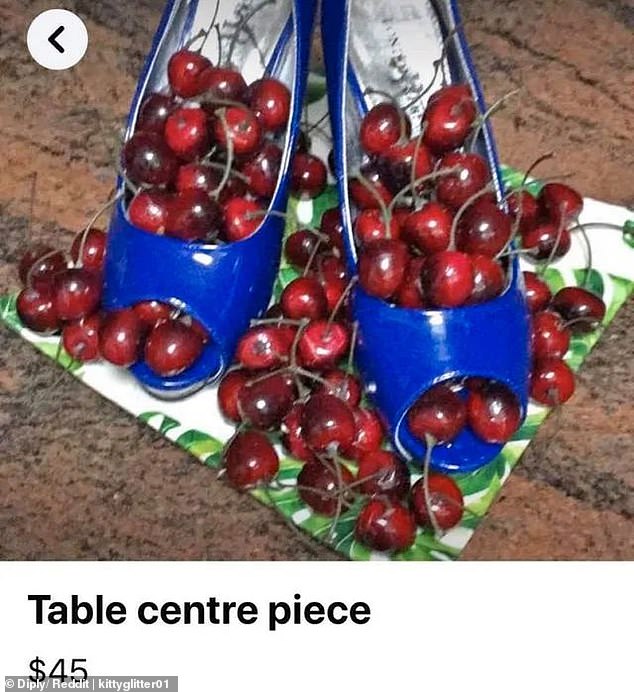 One seller who lives in America, tried to persuade shoppers to purchase shoes filled with cherries as a table centre piece 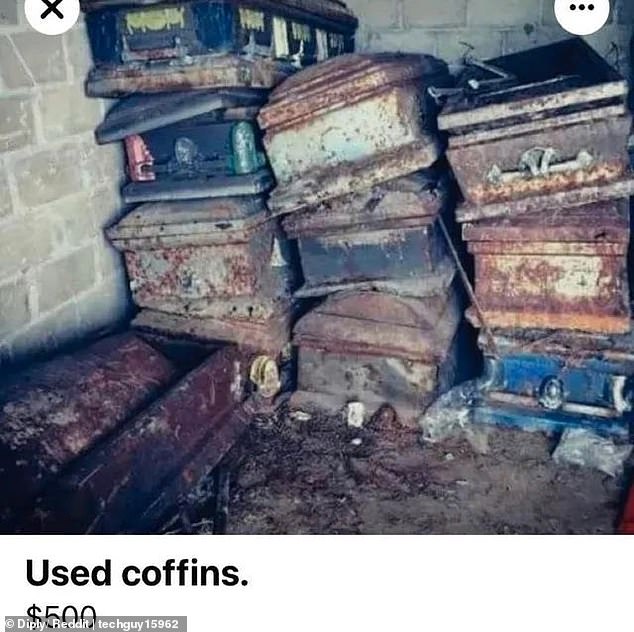 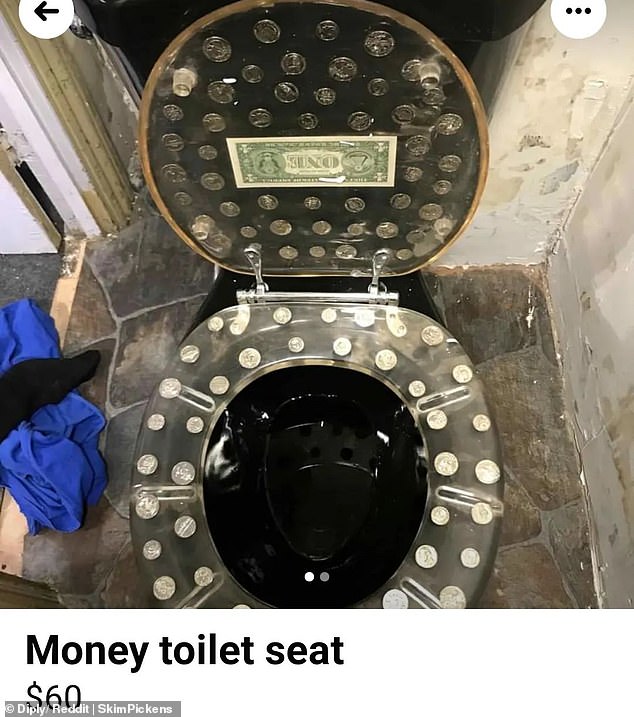 Cashing in! A seller who lives in the U.S, shared a photograph of a toilet seat filled with coins and a dollar bill for $60 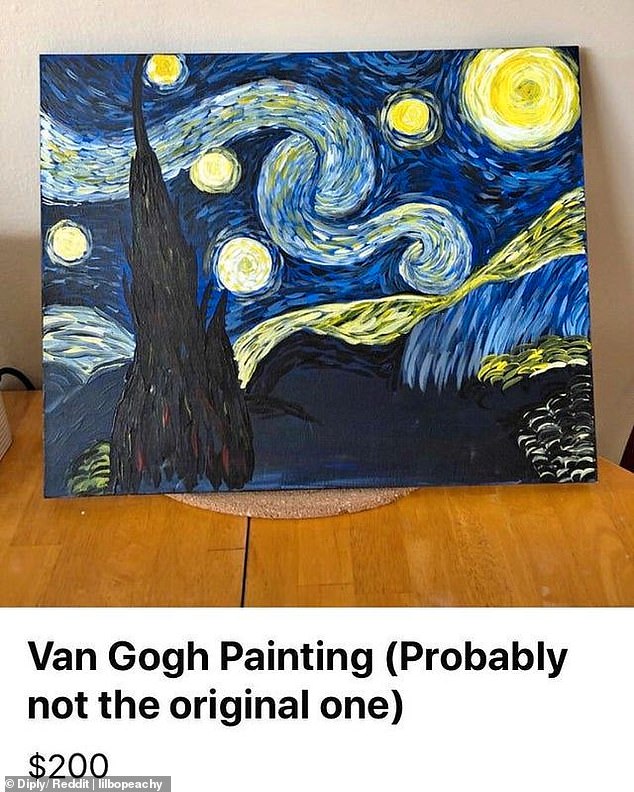 One person was amused to find a seller from the U.S offering a drawing inspired by Van Gogh’s The Starry Night painting for $200 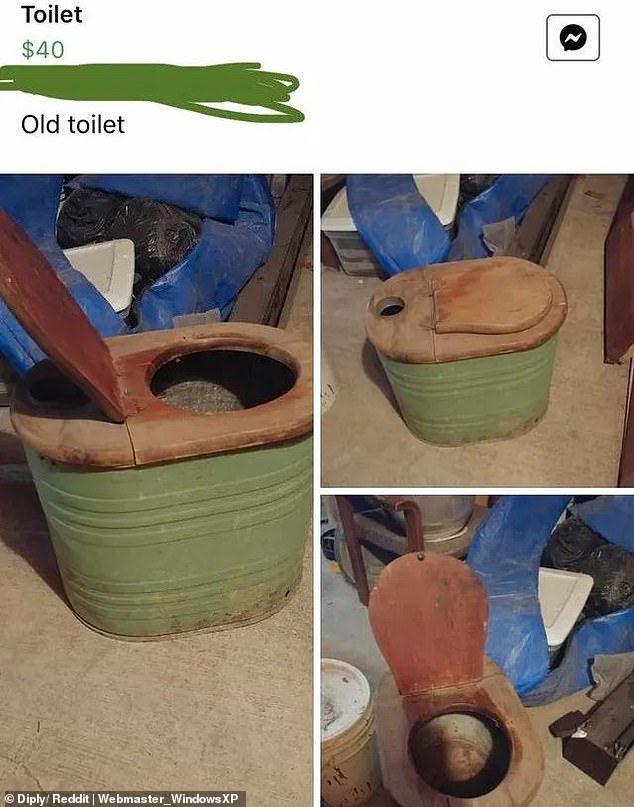 Another individual believed to be in the U.S, shared multiple photos of a rusty old toilet with the asking price of $40 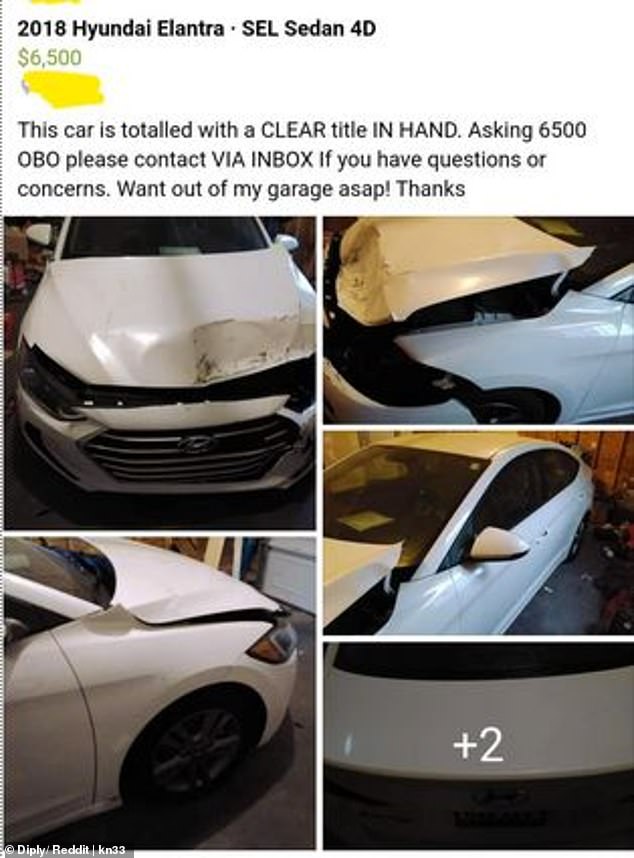 Going nowhere fast! A seller in the U.S left shoppers speechless after asking for $6,500 for a crushed car 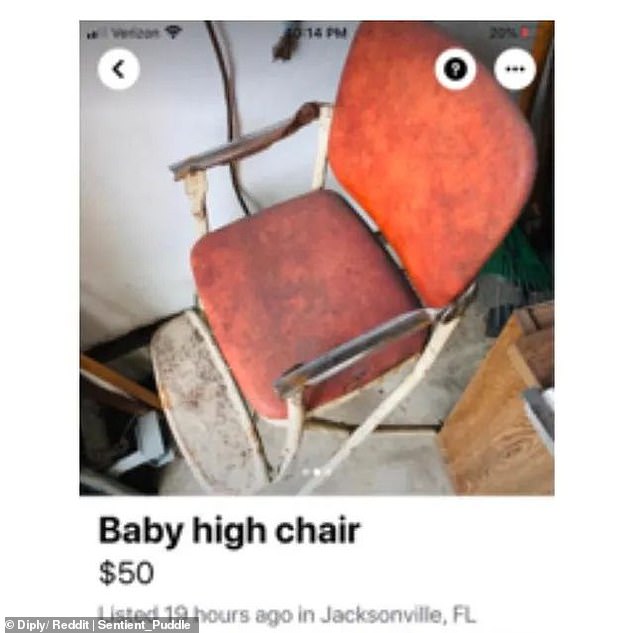 A seller who lives in Florida, shared a snap of a baby high chair covered in dirt and mould with an asking price of $50 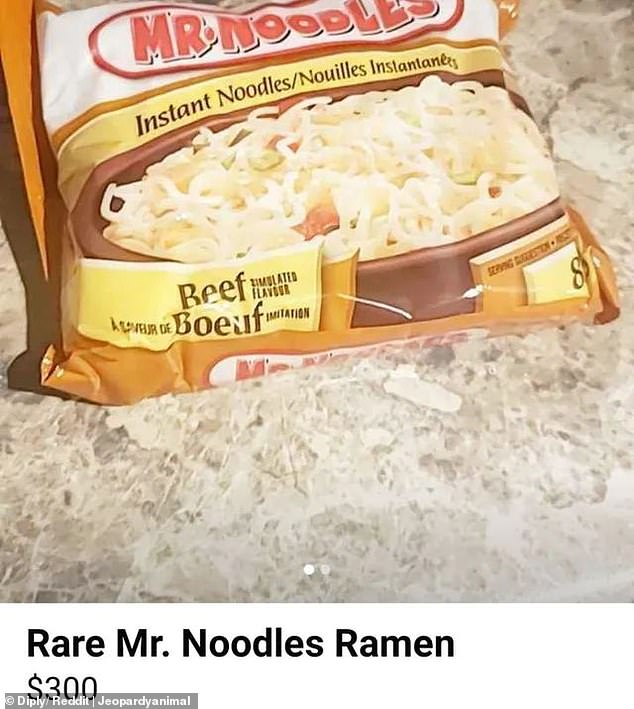 Another seller in the U.S attempted to attract shoppers to spend $300 on a packet of ‘rare’ noodles