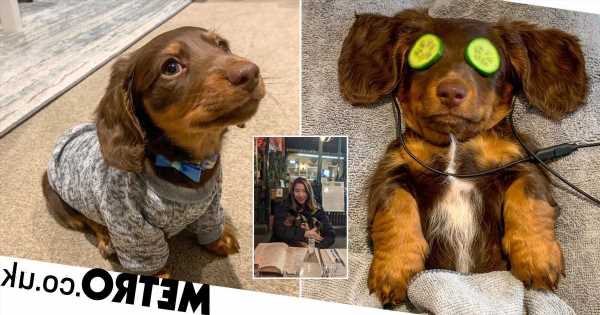 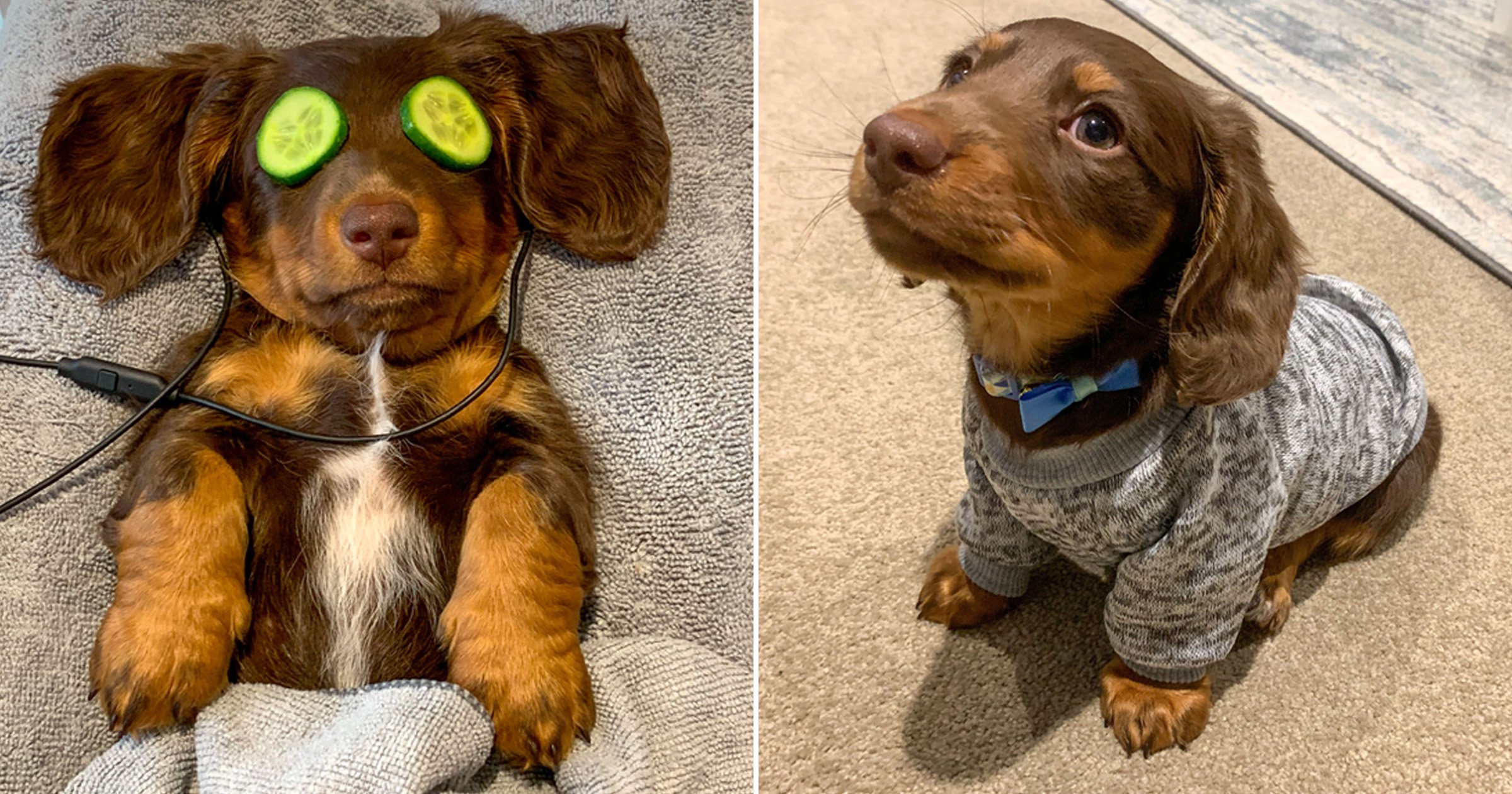 The sausage dog, who is 11 weeks old, has gone viral on TikTok after Melissa, 28, began filming his at-home spa sessions.

Slinky is often filmed with cucumber slices on his eyes and headphones in his ears playing music while Melissa looks after him.

The videos have made him very popular and he is affectionately called The Spa Dog by his 30,000 followers.

Melissa, from Melbourne, Australia, said: ‘My husband and I had been obsessing over dachshunds for a while before we decided to get Slinky.

‘When he came home for the first time, he was a bit anxious because everything was new and scary, so we gave him some space to decompress, and he’s comfortable with us now.

‘We started giving him spa days because we were spending more time at home and as he’s not old enough to go on walks, it’s something we like doing together.

‘It helps to relax and calm him.

‘I start by playing with him to settle him down and once he’s asleep on my lap, I’ll put him on the sofa and give him little face and paw massages, and he loves it.

‘He gets spa sessions at least once a week.’

Slinky’s popularity is such that his fans online are constantly asking Melissa to post more content of his pamper sessions.

‘It’s so sweet how he sleeps so soundly when I tuck him in and start giving him the little treatments.

‘A viewer gave me the idea to put cucumbers on his eyes.

‘People love his chunky paws, and we get hundreds of shares on the videos.

‘We’re so thankful for all the love we’ve received.’