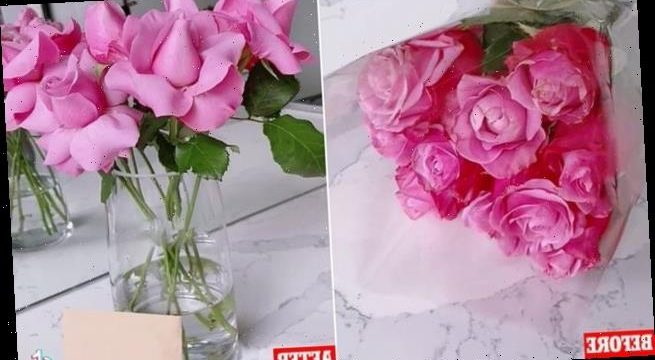 REVEALED: How you can make grocery store roses look like expensive florist blooms – and it costs NOTHING

A mum-of-two has revealed how to make grocery store roses look like you bought them from a florist, without spending a cent.

Chantel Mila, from Melbourne, shared a clip ahead of Valentine’s Day explaining how to transform a bouquet by trimming the foliage and peeling the petals.

‘This is my $0 trick to make any flowers look expensive,’ Chantel posted alongside the clip. 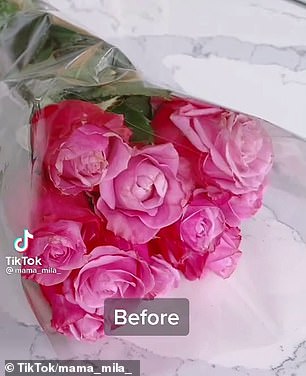 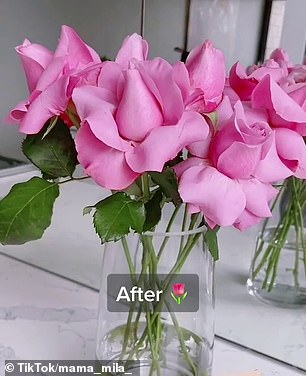 A mum-of-two has shared her simple trick for making any grocery store bouquet of roses look like you bought it from a florist, and you don’t have to spend a cent (pictured before and after)

All you need to do is remove any excess foliage and cut ‘one centimetre off the base diagonally’.

‘Once you’ve done this, slowly turn the outer petals back, leaving a rosebud in the middle,’ Chantel said.

‘Arrange your bouquet in a vase and don’t forget a card or a surprise gift – just in time for Valentine’s Day,’ she added.

Thousands who saw the simple trick said they had never thought about peeling the petals back a bit in order to make the bouquet look more luxurious. 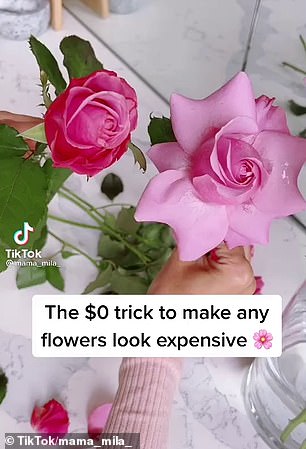 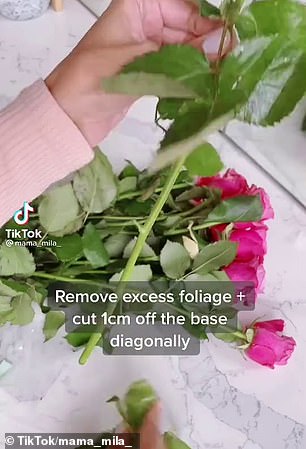 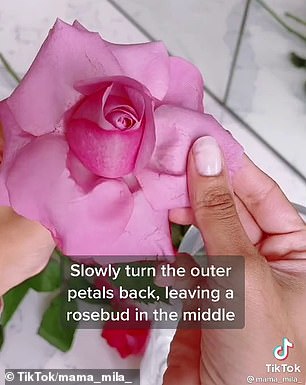 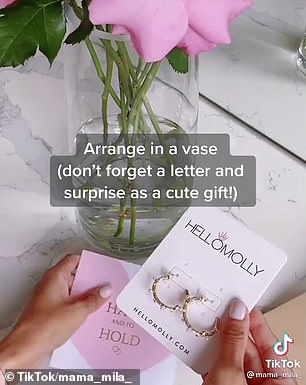 ‘I will be doing this with all of my roses from now on,’ one woman said.

‘That’s such an easy way to make flowers look fancier,’ another added.

Many said the trick makes a ‘huge difference’, and they will definitely be saving valuable dollars on pricey bouquets in the future.

This isn’t the first time Chantel has wowed her followers with a handy hint.

Just this week, the mum-of-two shared her four secrets to getting laundry to smell fresh and stay in pristine condition. 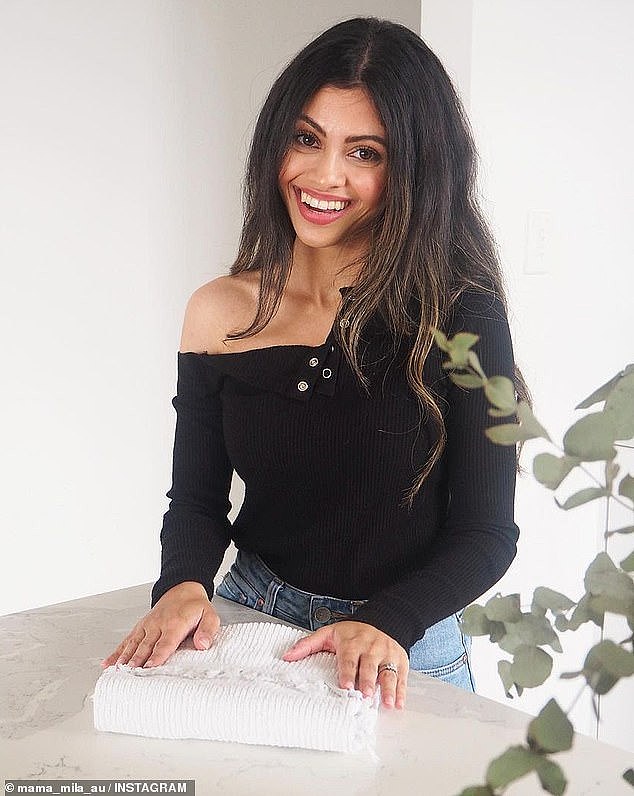 Instead of pouring fabric softener over her laundry, Chantel said she douses it with half a cup of white vinegar which stops detergent accumulating on clothing and leaves the fabric soft and smelling fresh.

For soiled clothing, Chantel said she applies a few drops of eucalyptus oil and baking soda as a chemical-free ‘pre-wash stain remover’.

She also adds half a cup of bicarbonate of soda to white washes to preserve whiteness and reduce yellowing and other discolouration.

Chantel’s final tip involves the washing machine itself, which she says must be kept pristinely clean if you want to keep clothes in good condition.

In December, she told fans that cleaning the inside of the washing machine once a month dramatically reduces the risk of clothes being marked in the wash.