Simon Cowell was spotted sporting a bright cast in London on Tuesday after breaking his arm in an electric motorbike accident last week.

The “America’s Got Talent” host, 62, appeared to be in good spirits as he smiled for photographers while taking a walk outside.

Cowell went casual for the outing, donning a black zip-up jacket, sweats and a bracelet tied around his right wrist.

It looks as if his cast has only one signature at the moment – from his 7-year-old son, Eric, whom he shares with fiancée Lauren Silverman.

Close-up pics also reveal what appears to be a scab on the right side of his upper cheek, perhaps having scraped himself during the fall. 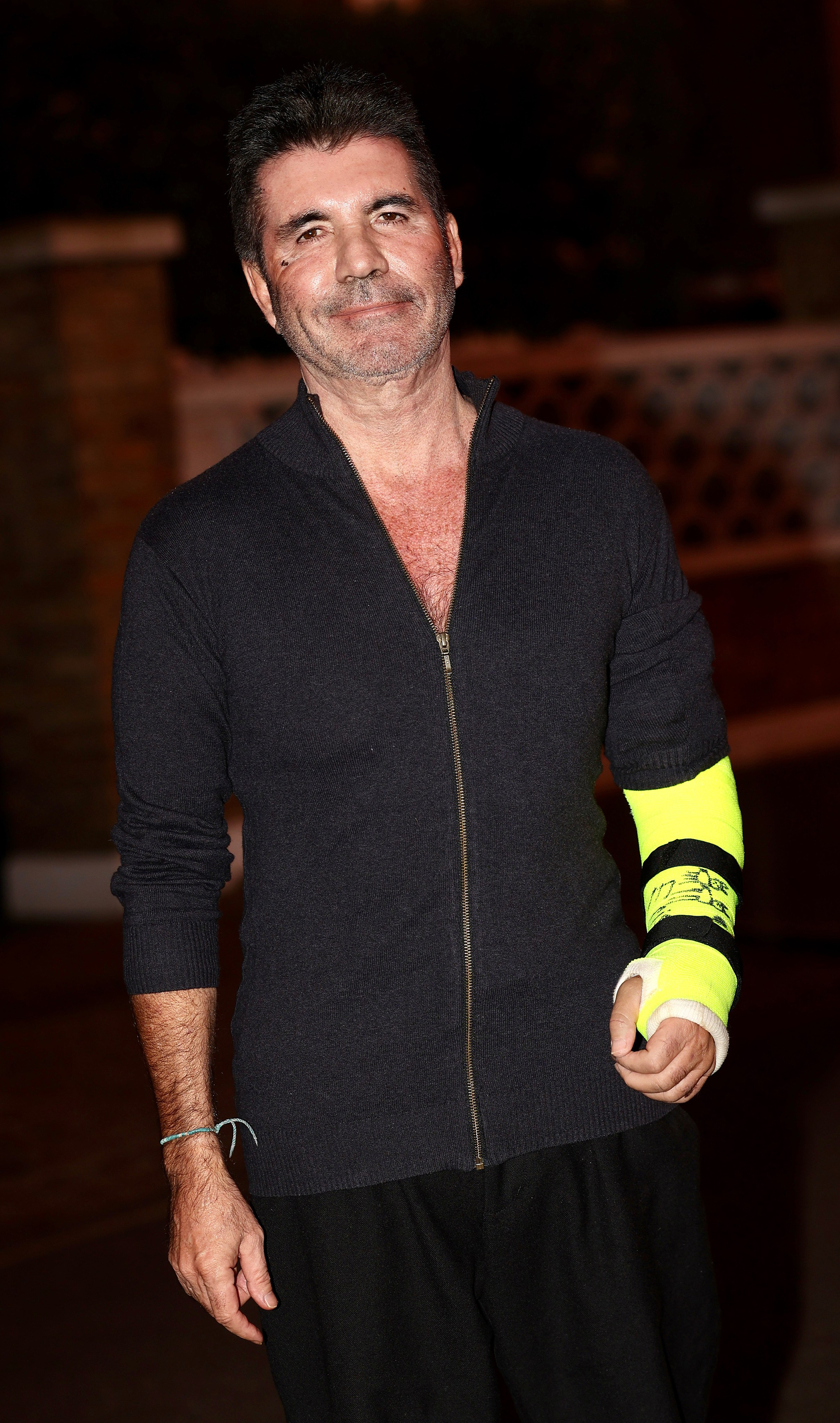 As Page Six reported on Tuesday, Cowell was hospitalized after he “slipped off” and fell off his e-bike for a second time last week.

A source confirmed the former “American Idol” judge was not seriously injured but did break his arm. 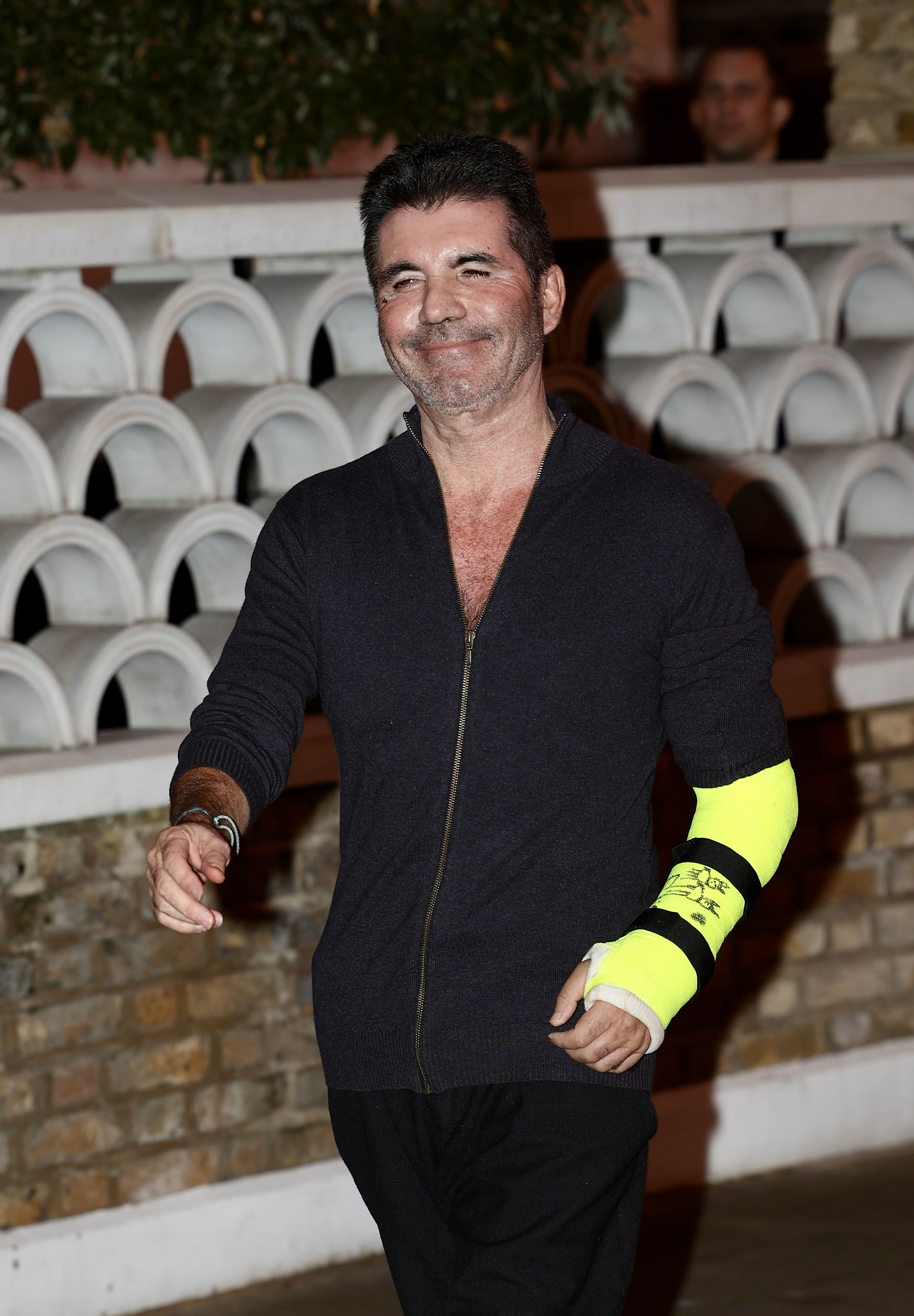 The incident reportedly took place near his home in West London last Thursday. 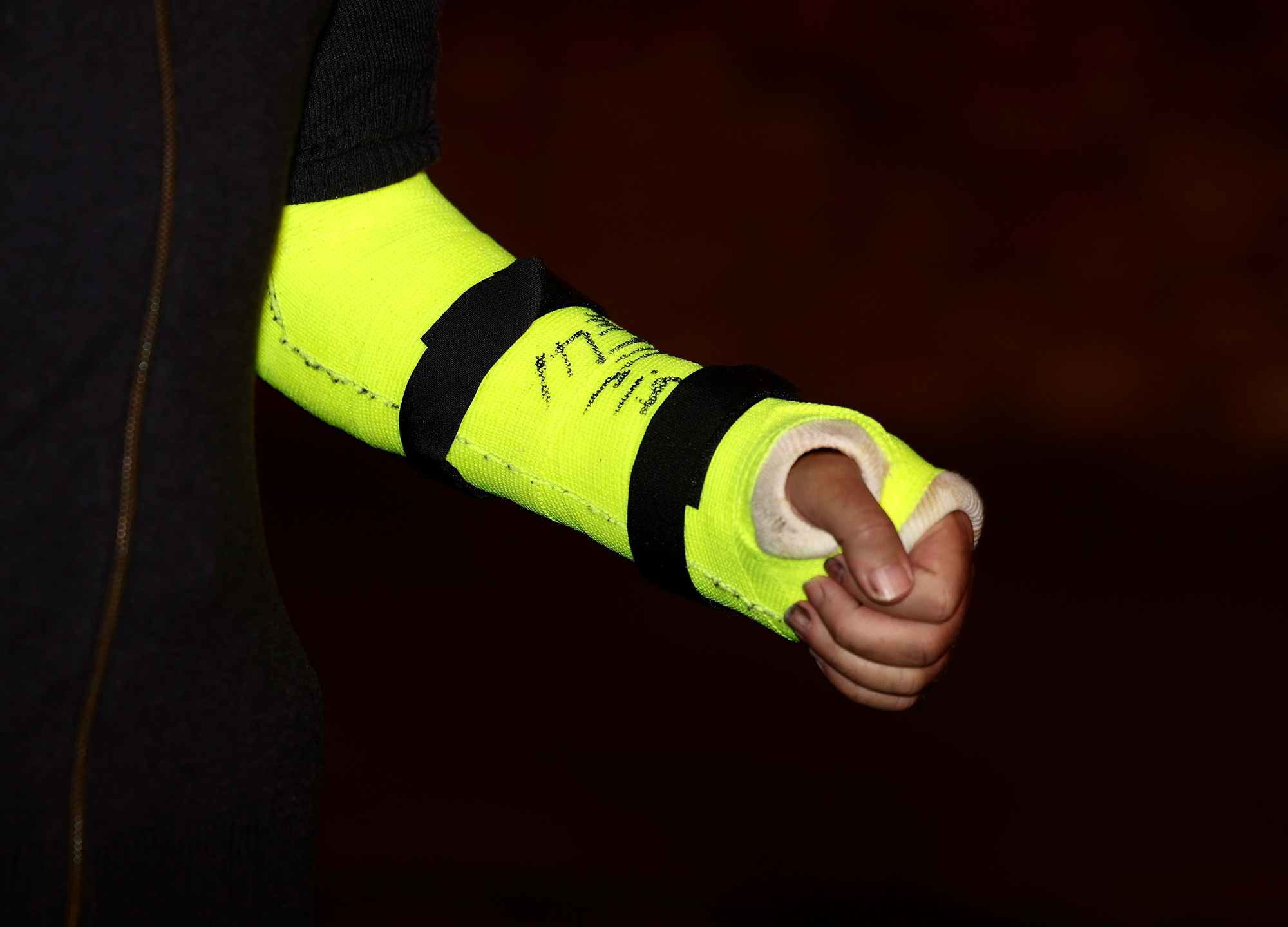 “He was pedalling along, with his electric motor on, when the wheels suddenly went from under him after hitting a wet patch,” an insider told The Sun Monday night. “He slipped and went flying over the handlebars into the middle of the road.”

Cowell was reportedly not wearing a helmet at the time. 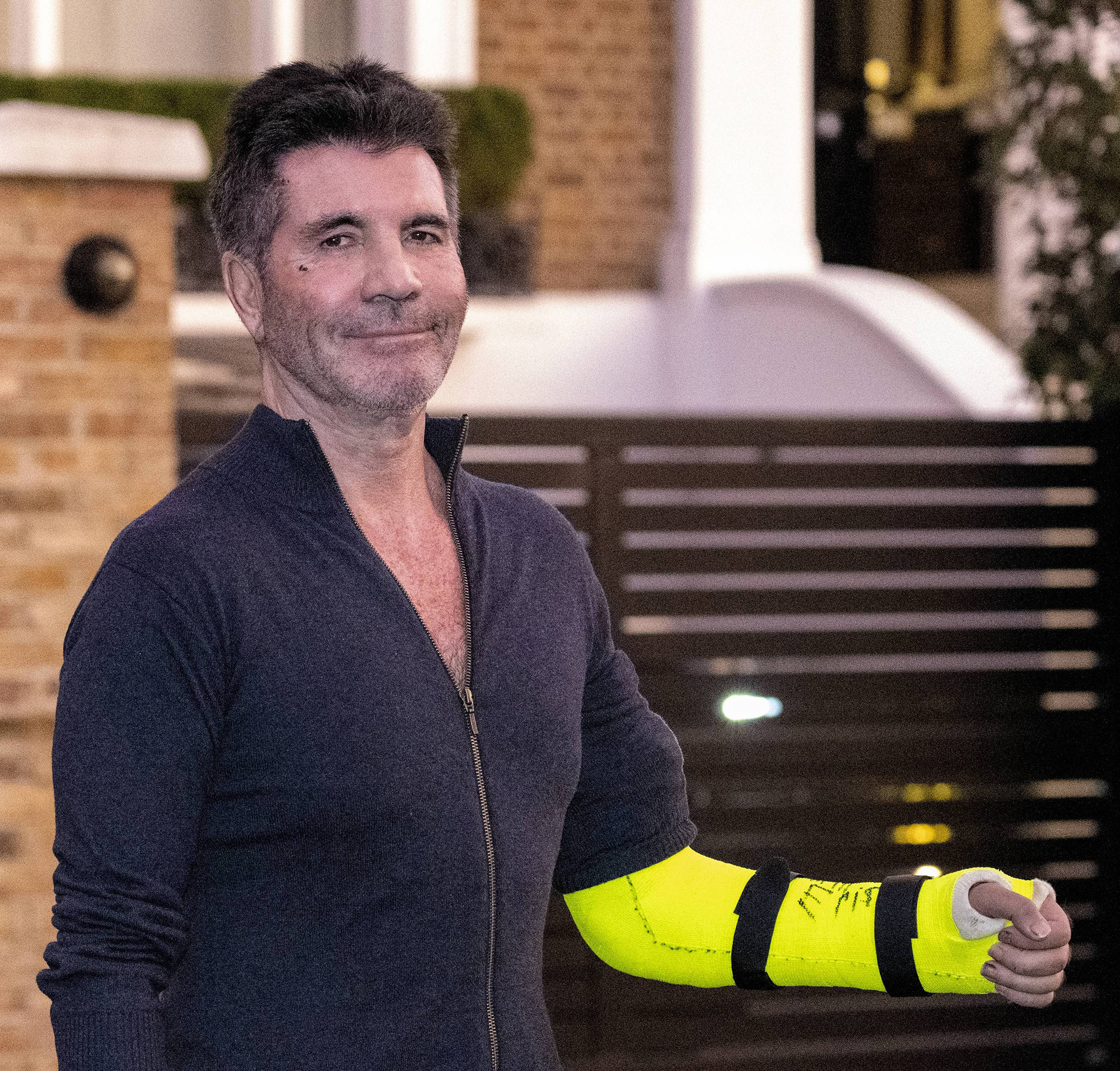 Unfortunately, this wasn’t the first time Cowell crashed while riding his souped-up ride.

Cowell broke his back in three places while testing out the $20,000 bike outside his Malibu mansion in August 2020. He underwent a six-hour surgery to repair his spine, and doctors inserted a metal rod into his back. 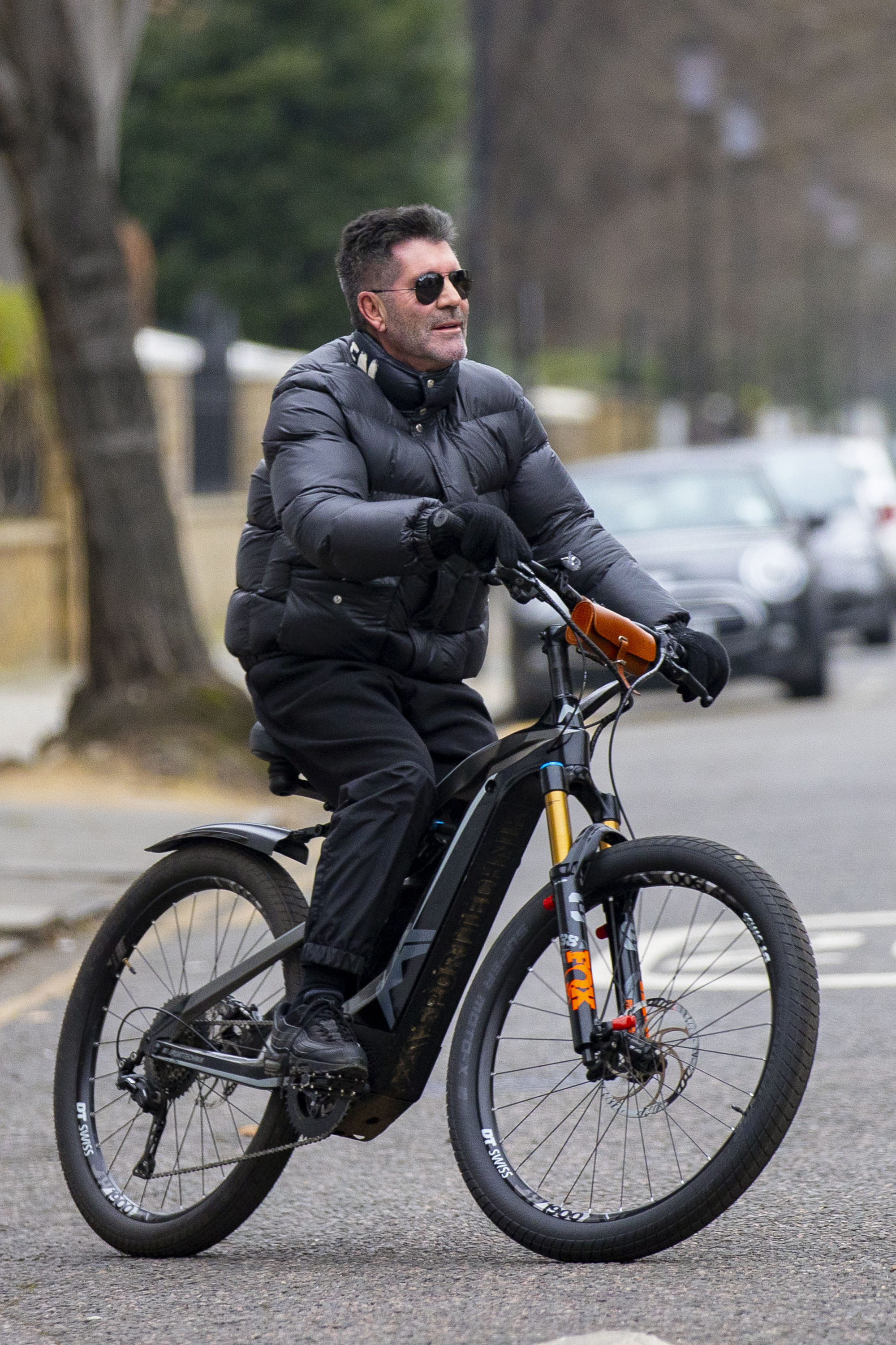 He reportedly contemplated suing the manufacturer of the bike in December for up to $10 million in damages, despite still wanting to use the product.

Seeing as the vehicle caused a second curfuffle, Cowell has reportedly vowed to start wearing a helmet.