On February 17, 1990, a teenage Sheridan McMahon got straight home from school, frantically changed into her outfit, and caught the train to the Sydney Entertainment Centre for her first Elton John concert.

She was hooked. The two-and-a-half hour show left the then 17-year-old so blown away that she somehow procured backstage passes to his six remaining Sydney shows, where she recalls rubbing shoulders with INXS the Australian cricket team and, eventually, Elton himself. 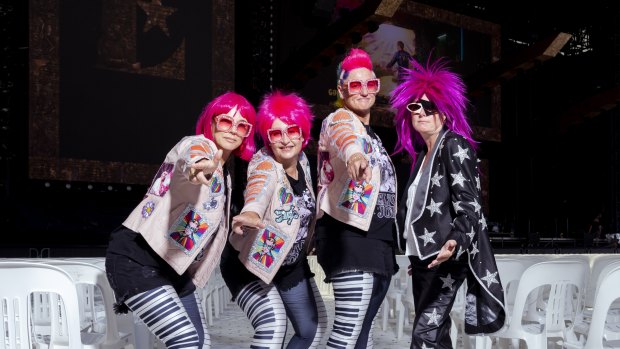 “I started too high,” she said. “You know when you peak early and no other experience is going to match it unless you continue to get the front-row seats? That’s kind of what happened to me.”

From fangirl to fanatic, McMahon has chased that high ever since, following her idol to nine countries and at least four continents, and will attend her 127th Elton concert at Allianz Stadium on Tuesday night.

The Sydney-based lawyer has already attended Elton’s farewell tour to Newcastle and Melbourne so far this month, alongside a posse of fellow diehards who have notched hundreds of Elton John concerts between them.

“Even though it is the same show, it’s not,” she says. “An Elton show is a performance. It’s watching the musicians interact with each other, interact with Elton, and interact with the crowd. 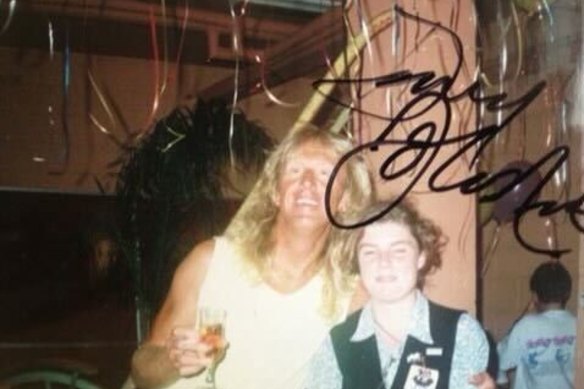 “It’s the joy of [wondering] how much tinnitus will I have at the end of the day.”

Around 30,000 fans will pack out Allianz Stadium on Tuesday night for the first of two Sydney shows on the Farewell Yellow Brick Road tour, which began in 2018 and culminates in Stockholm on July 8.

McMahon’s choice of holiday destination hangs on one criterion alone: where and when Elton is playing. 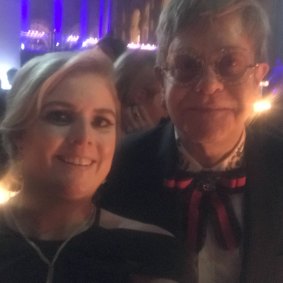 McMahon with Elton John at his annual AIDS Foundation gala in 2017, when Aretha Franklin played her final show. Credit:

They have seen Elton a handful of times on the Australian leg, in Newcastle and in Melbourne, and will attend both concerts in Sydney. They will then travel to shows in Auckland and Christchurch, before flying to Europe to attend two Barcelona shows and finish with a double-header in Paris.

“My husband just gets dragged around the world,” she says. “He gets to see the world, I get to see the show.”

McMahon refuses to calculate how much her obsession has cost her: “I just hit clear on the calculator and do not talk about it.”

Friends estimate it is in the hundreds of thousands of dollars, including travel costs.

Around 30,000 fans will pack out Allianz Stadium on Tuesday night for the first of two Sydney shows on the Farewell Yellow Brick Road tour, which began in 2018 and culminates in Stockholm on July 8.

She also refuses to accept this farewell tour is the last time she will see Elton on stage.

“The tour of this scale is over, obviously,” she says. “But he’s a workaholic, he loves performing, and I’m 100 per cent certain there’ll be some marquee gig somewhere.”

If that’s the case, McMahon will be there.

“You can bet your bottom dollar I will do all that I can to see one more show, or another show after that one more show,” she said. “The show will go on for me. I’m in basic denial, but everlasting hope there will be another one.”