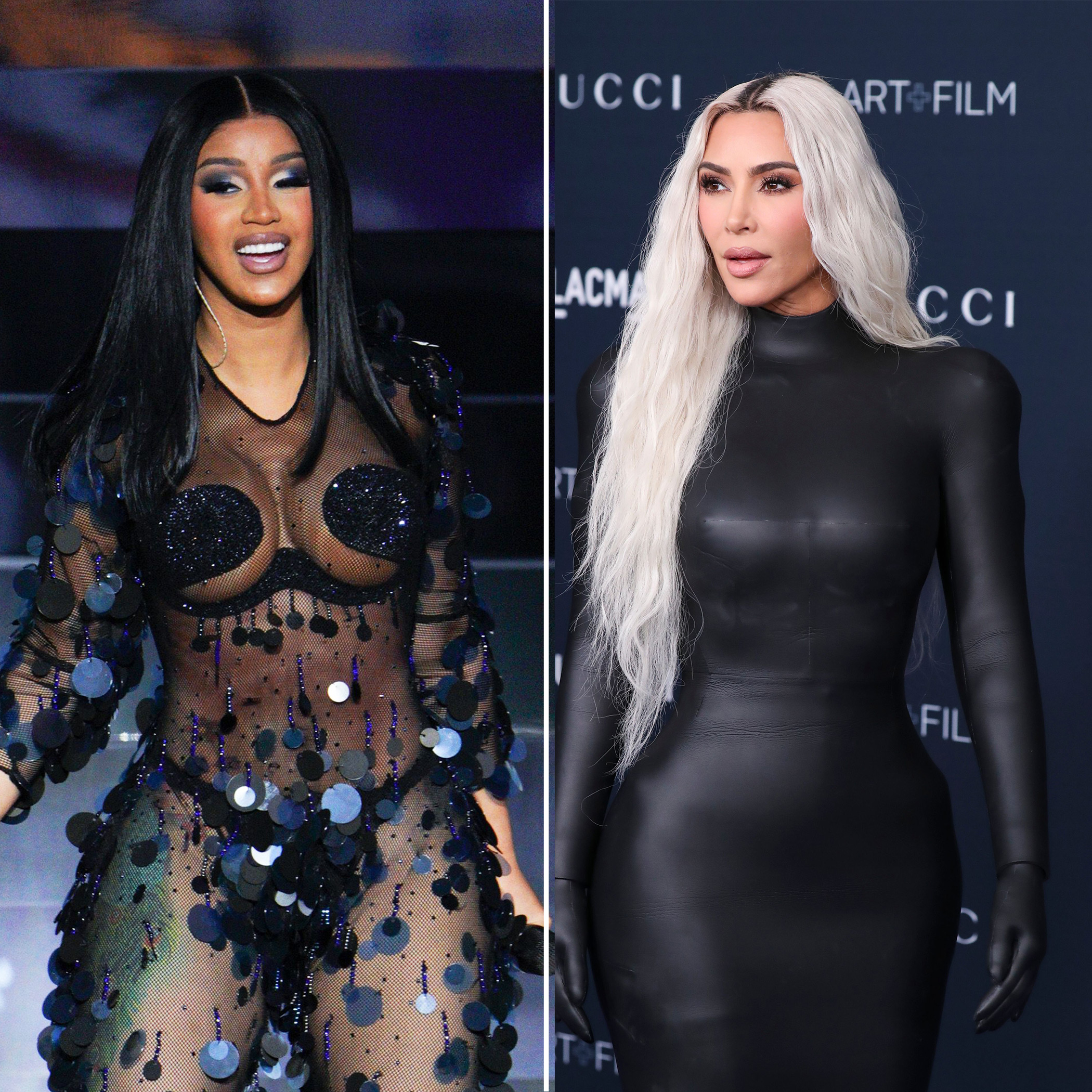 Cardi K? Cardi B revealed that Kim Kardashian gave her recommendations for several plastic surgeons when the “WAP” rapper was looking to have cosmetic procedures.

In an upcoming interview with Jason Lee, the Bronx native, 30, opened up about the various tweaks she’s had in order to look and feel her best.

“How do you decide who you’re going to trust to touch your face and your body?” “The Jason Lee Show” podcast host asked the “Bodak Yellow” artist in audio obtained by TMZ on Wednesday, January 18. ​” I remember the time we were at Kris’ [Jenner] house and Kim gave you a list of people you could call and get help. You didn’t call none of those people, you just did it at home?”

Cardi — who discussed her butt lift and nose job on the inaugural episode of the Hollywood Unlocked founder’s podcast — clarified that she “called a couple of people that [Kim] gave me.”

The Skims founder, for her part, has denied ever going under the knife and only admitted to Botox in the past (Khloé Kardashian and Kris Jenner are the only members of the famous family who have admitted to getting plastic surgery procedures; Khloé, 38, got a nose job, while Jenner, 67, has previously shared that she’s gotten several facelifts.)

Most recently, Kim spoke about skincare and how she maintains her beauty in Allure‘s August 2022 cover story.

“I really genuinely care about looking good. I probably care more than 90 percent of the people on this planet,” the Keeping Up With the Kardashians alum told the outlet at the time, noting that her busy schedule — including parenting her four kids with ex-husband Kanye West — makes it so she does “[her] beauty treatments usually late at night. After everyone’s in bed, I’m doing laser treatments.”

‘Fessing Up! Every Time the Kardashians Admitted to Photoshopping Their Pics

In 2016, the reality star confessed to getting butt injections after previously denying the rumors two years earlier.

“I went to go get a cortisone shot in my butt. One of my neighbors was a dermatologist at Cedars,” she explained on Instagram Live at the time. “I go in there and he’s like, ‘There’s a one in a billion chance that you will get a huge indent in your butt.’ Of course, I get a huge indent on my butt.”

Five years later, Kim found herself once again discussing plastic surgery rumors. “I never had my nose done,” she shared while getting her makeup done during the February 2019 Masterclass by Mario Dedivanovic. “Everyone thought I did, and I said wait until I have kids because your real features come out.”