Facebook has banned the sharing or viewing of our news articles on its platform. For independent journalism straight from the source, download our app and sign up to our newsletters.

House prices in Sydney could climb by 20 per cent over the next two years and by 18 per cent in Melbourne as economists predict the battle between banks for new customers and the successful rollout of the coronavirus vaccine will super-charge the national property market. 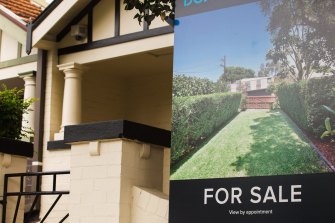 House prices will likely climb 20 per cent over the next two years, according to Westpac.Credit:Henry Zwartz

During the depths of the coronavirus pandemic, most analysts tipped house prices to nosedive.

But low interest rates, the federal government’s HomeBuilder program plus state-level support policies have resulted in prices in all capitals bar Melbourne rising above their pre-virus levels. Price growth has been even stronger in regional areas.

Westpac is now the most upbeat about the property market, predicting a 10 per cent increase in Sydney dwellings this year followed by a similar rise in 2021. Last September it was forecasting a 4 per cent lift in Sydney.

Melbourne prices, after a 1.3 per cent fall last year, are tipped to climb by 8 per cent this year followed by 10 per cent in 2022.

Westpac economists Bill Evans and Matthew Hassan said Australia was clearly a “seller’s market” with buyer demand running well ahead of the number of properties up for sale.

“The upturn is being supported by record-low interest rates, the confident expectation amongst borrowers that these rates will remain low for years to come, ample credit supply and an improving economic backdrop as the rollout of vaccines promises to bring the pandemic to an end and drives a sustained lift in confidence,” they said.

The Westpac forecasts are stronger than those recently released by the Commonwealth Bank, which is expecting double-digit price growth in both Sydney and Melbourne over the next two years.

Mr Evans and Mr Hassan said a key issue was the low level of interest rates. The Reserve Bank has signalled it won’t start lifting official interest rates until 2024. 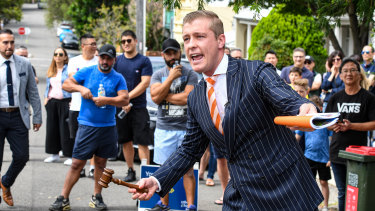 They said the RBA along with the Australian Prudential Regulation Authority may consider macro-prudential rules to tighten lending standards if they became concerned about the strength of the property market.

The battle for market share is continuing with the NAB on Monday slicing up to 0.55 per cent from some of its fixed home loan rates for owner-occupiers. Investment loans were cut by up to 0.15 per cent.

Every major lender is now offering at least one fixed rate below 2 per cent.

The lowest rate in the market is 1.69 per cent for one year offered by the Greater Bank.

Cheap money is flowing into the auction market. The national auction clearance rate was 84 per cent at the weekend with more than 2000 homes scheduled to go under the hammer.

The highest clearance rate was in Canberra at more than 92 per cent.

“Low-cost funding has made fixed rates the playground for the big banks and while the Reserve Bank term funding facility remains available, the great deals should stay strong,” he said.

“Today’s move from NAB suggests competition at the low interest rate end of the market will be with us for a little longer,” he said.

Westpac said one headwind to the market could be the nation’s immigration intake. Population growth is tipped to reach its lowest level since World War I, with Westpac noting new dwelling construction could run well ahead of demand in the near term.