Former prime minister Kevin Rudd has launched a scathing rebuke of the emerging conservative campaign against a referendum on an Indigenous Voice to parliament, attacking his longtime rival Tony Abbott for suggesting the body would change Australia’s system of government.

In a riposte to the former Liberal prime minister, who has claimed the Voice could undermine the function of parliament with veto-like powers, Rudd said the proposed constitutional amendments to establish the body were “modest” and ensured the body would have only an advisory role to governments. 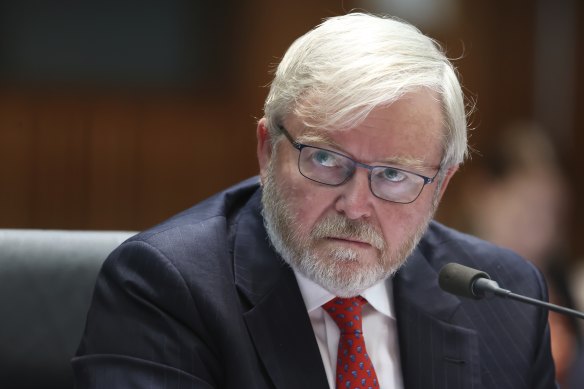 “Although these are modest proposals, we still have congenital bad actors like Tony Abbott screeching that such amendments would ‘change our system of government’ by establishing the Voice as ‘part of our parliament’, and enable ‘judicial intervention’ to strike down laws,” Rudd said in an opinion piece for The Sydney Morning Herald and The Age.

“On both counts, Abbott is wrong. It speaks volumes that his most trusted Indigenous adviser in government, Noel Pearson of the Cape York Institute, has strongly endorsed Albanese’s proposal. Like on climate action, Abbott seems determined to stoke anxiety and fear.”

Responding to Rudd’s remarks, Abbott said he did not want to get into “a slanging match with a fellow former PM” but stood by his concerns over the way the body would function.

“What’s the point of the Voice if it’s not to change the way government works? And any constitutional change requiring the government to consider ‘representations…on matters relating’ to Indigenous affairs leaves government action more open to legal challenge,” Abbott said.

The clashing views of the two former prime ministers give a flavour of the forthcoming rival Yes and No campaigns on the Voice, as Prime Minister Anthony Albanese looks to hold a referendum this term on whether to enshrine the body in the constitution.

Writing in The Australian, Abbott suggested the Voice would have “something approaching a veto” over decisions of the parliament, and would change the way government works “because a particular group will have an unspecified say, over unspecified topics, with unspecified ramifications”.

Abbott, who led the successful No campaign against the 1999 republic referendum, is likely to be a persuasive voice among conservative Coalition ranks, where there is already considerable disquiet over the Voice.

Opposition leader Peter Dutton has kept the door open to bipartisan support for the referendum, but Liberal senator Jacinta Nampijinpa Price has said she will campaign against the Voice in the partyroom, believing it to be a “symbolic gesture” that would be divisive and not deliver practical improvements to the lives of indigenous Australians.

In his speech to the Garma Festival last week, Albanese said the Voice would be “unflinching source of advice and accountability – not a third chamber, not a rolling veto, not a blank cheque”. 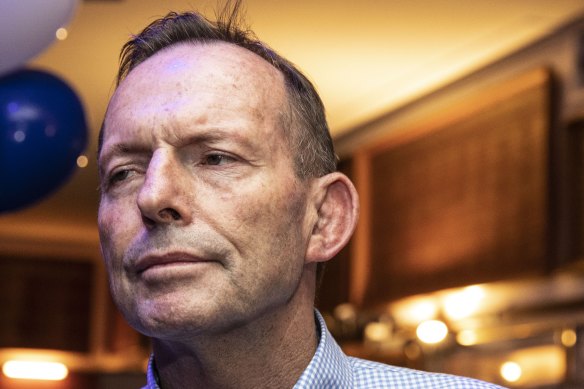 Tony Abbott asks: “What’s the point of the Voice if it’s not to change the way government works?”Credit:Jessica Hromas

He proposed that three sentences to be added to the constitution if the referendum succeeds: one that enshrines the Voice; one that sets out its responsibility to make representations to the parliament and executive government on matters relating to Aboriginal and Torres Strait Islander people; and one that empowers the parliament to make laws on how the Voice would be created and how it functions.

Endorsing this approach, Rudd said the amendments made clear that “the Voice’s only constitutional power will be to advise on, not to veto, decisions of parliament and the executive”.

“In summary, they enshrine the primacy of parliament while answering the call for recognition that is both symbolic and substantive.”

Rudd likened the brewing debate over the Voice to the controversy surrounding the national apology to the Stolen Generations in 2008, which he said was derided as “gesture politics”, called “divisive” and was dogged by calls for more detail on the wording.

“Critics now demanding the government detail how the Voice would function ignore the fact that, because of the government’s conservative approach, this is not for the Labor Party to dictate. It is for successive parliaments to design and refine how the Voice makes its recommendations through processes that reach across the partisan divide.”