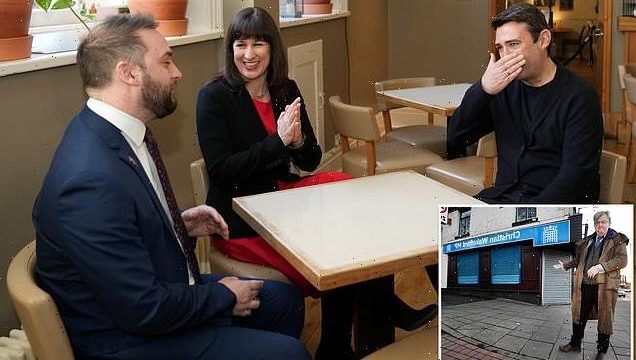 Astonishment, disappointment, betrayal: ROBERT HARDMAN sees a sense of Bury South’s outrage at turncoat MP, where locals predict it will all end in tears

The last time Bury had this sort of national media attention was in 2019 when its famous old football club went bust and was kicked out of the Football League.

Yesterday, local Tory activists – many of them lifelong fans of the poor old ‘Shakers’ – had the very same feeling all over again.

It was in that very same year that Bury South returned a Conservative MP for the first time in a generation, after years of long hard slog by local Tories.

As of this week, however, this ex-industrial chunk of Manchester’s northern fringe is Labour once again following the defection of the formerly Conservative MP, Christian Wakeford.

Having told no one in Bury until a few minutes before crossing the floor of the Commons, Mr Wakeford has subsequently attributed his decision to jump ship to what he calls a catalogue of failures by Boris Johnson’s government. 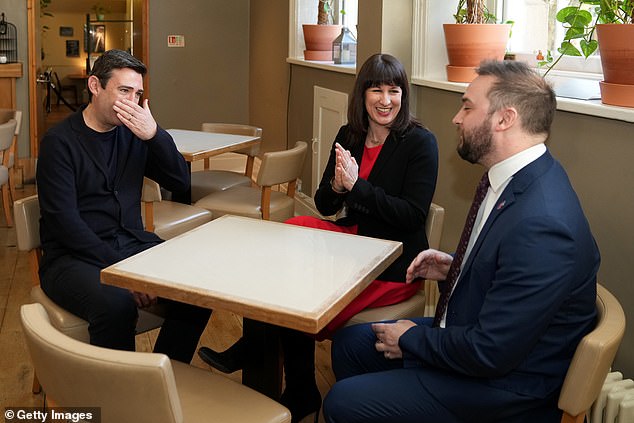 The latest reports of lockdown bacchanals inside Downing Street, he says, were merely the straw which broke this particular camel’s back.

The prevailing view here on the streets of Bury, however, is that Mr Wakeford is only sitting in the Commons thanks to Mr Johnson. Without the ‘Boris bounce’, most argue, he would never have secured his flimsy majority of 402. All say that the decent thing for Mr Wakeford to do would be either to fight the Tory party from within or else step down and fight a by-election. Try as I might, I can find no one – on either side – who thinks he should merrily carry on, in his words, ‘wearing a different rosette’.

Little wonder that the shutters are down at his constituency office in the onetime Labour stronghold of Radcliffe, on the banks of the Irwell, when I come knocking.

Just next door, I find jeweller Richard Anthony deeply unimpressed with his elusive neighbour: ‘The last time I heard him speaking he was saying Labour was not the working man’s party any more and now he’s gone and joined them. It has left a lot of disgruntled people around here who voted Tory because of what the party stood for.’

Outside, unemployed chef Victoria Gregg, 40, calls herself a devout Labour supporter who is thrilled Wakeford crossed the floor.

‘But I do think there should be a by-election,’ she adds. ‘It would be morally wrong not to have one given what has happened.’ 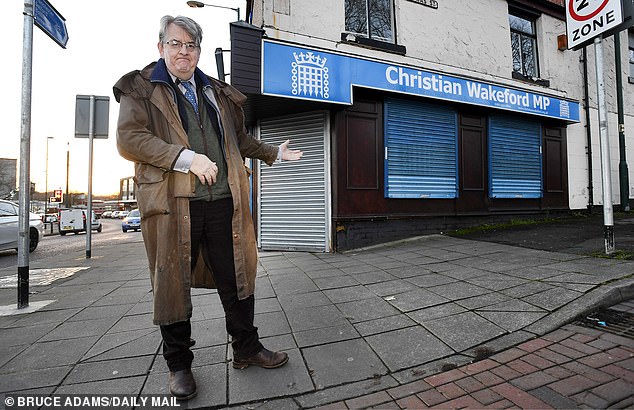 As of this week, however, this ex-industrial chunk of Manchester’s northern fringe is Labour once again following the defection of the formerly Conservative MP, Christian Wakeford. Robert Hardman is pictured above

Over in the neighbouring town of Whitefield, I meet Tory councillor Nicholas Jones, who leads the Tory opposition on Labour-controlled Bury council. He does his best to put a brave face on the situation, talking confidently of making further inroads at the upcoming local elections.

However, he concedes that it took a lot of hard graft to get Mr Wakeford over the line at the last election.

‘I can’t help thinking of those mornings spent in the rain and snow campaigning outside the Metro station at 7am,’ he says. So what does he have to say to Mr Wakeford now? ‘I wouldn’t have anything to say to him.’

The Tory MP for neighbouring Bury North, James Daly, goes further. ‘There’s a mix of astonishment and disappointment,’ he says. ‘This government has delivered Brexit and brought millions of pounds and a new school to Bury. People are now 100 per cent in favour of a by-election.’

Scott Benton, another ‘Red Wall’ Tory and MP for Blackpool South, voices a deep scepticism shared by many: ‘Him crossing the floor is purely a marriage of convenience. I’m sure, like most defections, it’ll end up in tears.’

Both locally and at Westminster there is a degree of mirthless laughter that Mr Wakeford should be quite so upset about after-work drinks at Downing Street given reports that he may have something of a thirst himself.

Yesterday, a member of the Manchester Young Conservatives tweeted a picture of the MP at what was reportedly a lockdown-busting party where he was said to have gone overboard on the tequila. Two months ago, the Manchester Evening News reported concerns that he had been ‘boozing until 2am’ on a parliamentary mission to Gibraltar.

The man himself did little to quell such gossip yesterday when referring to his new leader at a Labour event in Bury. Mr Wakeford managed to call him ‘Keir Llama’ before claiming that he was suffering from a lack of sleep. No doubt, his new Labour PR advisers will put such rumours down to disgraceful Tory smears but it was not hard to find local Labour activists who have no time for their new bedfellow either. One local Labour activist, Josh Simons, had posted a withering attack on him on social media a few days before his defection and there it remains.

There is particular unhappiness among Bury South’s very considerable Jewish community for whom the question of anti-semitism within the Labour Party was a key factor at the last election – and still is.

‘For years the Labour Party, under Jeremy Corbyn, caused a huge amount of pain and suffering to the Jewish community in Bury South,’ says Jason Stein, a former special adviser to Foreign Secretary Liz Truss and erstwhile Home Secretary Amber Rudd, and someone who grew up in Bury South.

That is certainly the view at the State Fayre bakery in Whitefield, famed for its cake and bagels. Manager Judith Hyman says that she and her customers don’t like to talk politics in the shop. ‘But there are times when you just have stand up and say what’s right. Nobody wanted Labour here and now this man has gone and crossed the line.’

A point made by Labour activists at the last election, and repeated to me yesterday by Tories, is that Mr Wakeford is not ‘local’. Prior to becoming MP here, he was a former borough and county councillor in Pendle, Lancashire. So how is he remembered there? ‘He was a wet lettuce, a man of no action at all,’ says Jenny Purcell, a Tory borough and county councillor for Pendle. ‘If you stand for the Conservatives and you can’t hack it, then go. The man’s a turncoat.’

In doing so, he does, at least, seem to have re-energised Bury Tories ahead of the local elections. Some will take heart from the fact that the Shakers have now risen from the dead as Bury AFC. Others will point that it’s a very long way from their new home in the lowly North West Counties League back to the sunlit uplands of the Football League.