Robert Downey Jr. shows off new look after his kids shaved his head

Sober Armie Hammer is shacking up at one of Robert Downey Jr.’s homes

Robert Downey Jr. appeared completely transformed in newly-released photos from the set of his upcoming series, “The Sympathizer.”

In images exclusively obtained by Page Six Saturday, the award-winning actor, 57, was seen with his hair completely shaved off, while wearing a black zip-up hoodie, blue sweats and a white T-shirt.

The photographs were taken Friday while the cast and crew took a break from filming to eat lunch on set.

The bald look, however, was not the only makeover that Downey had while making the show, according to the photos. 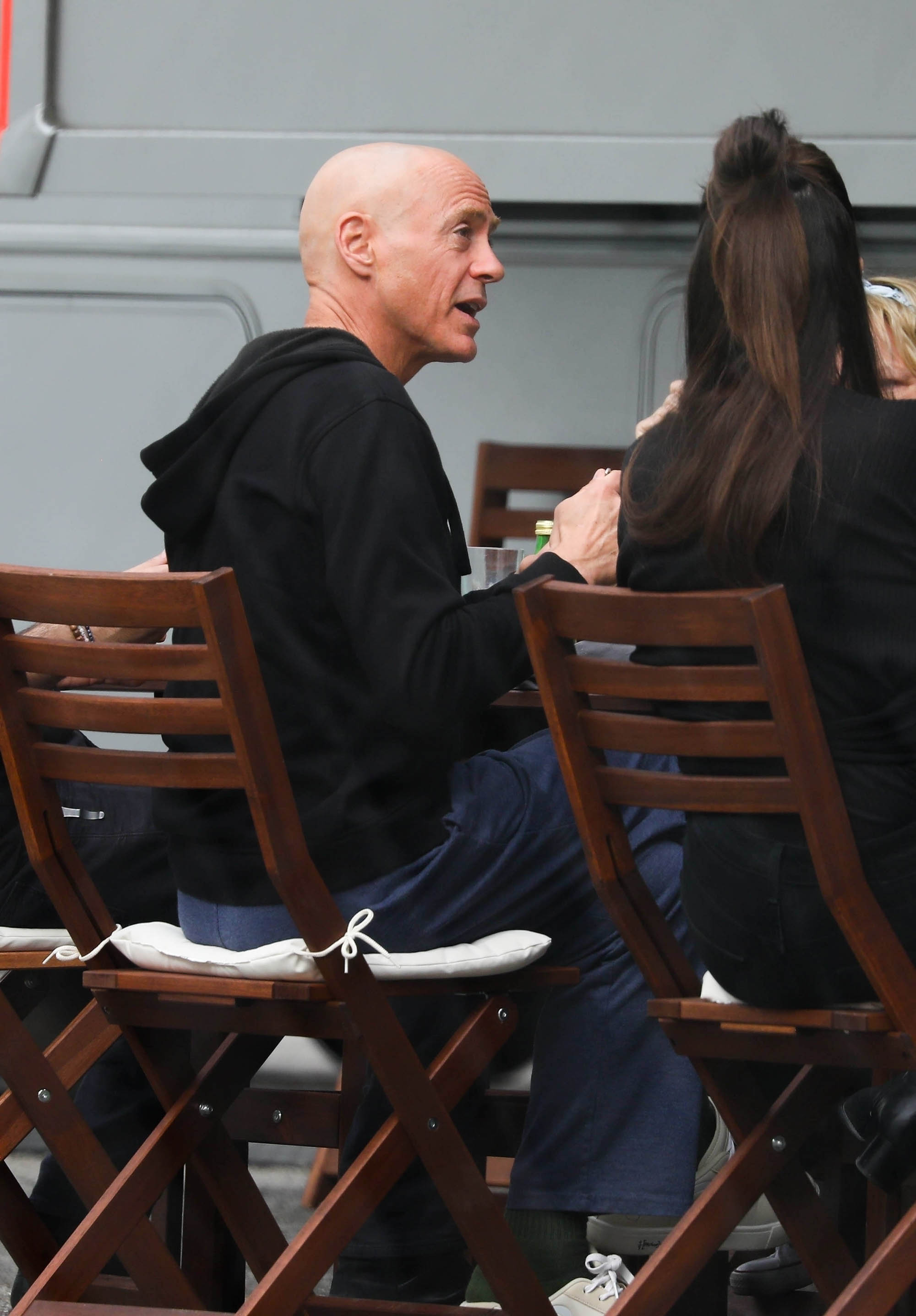 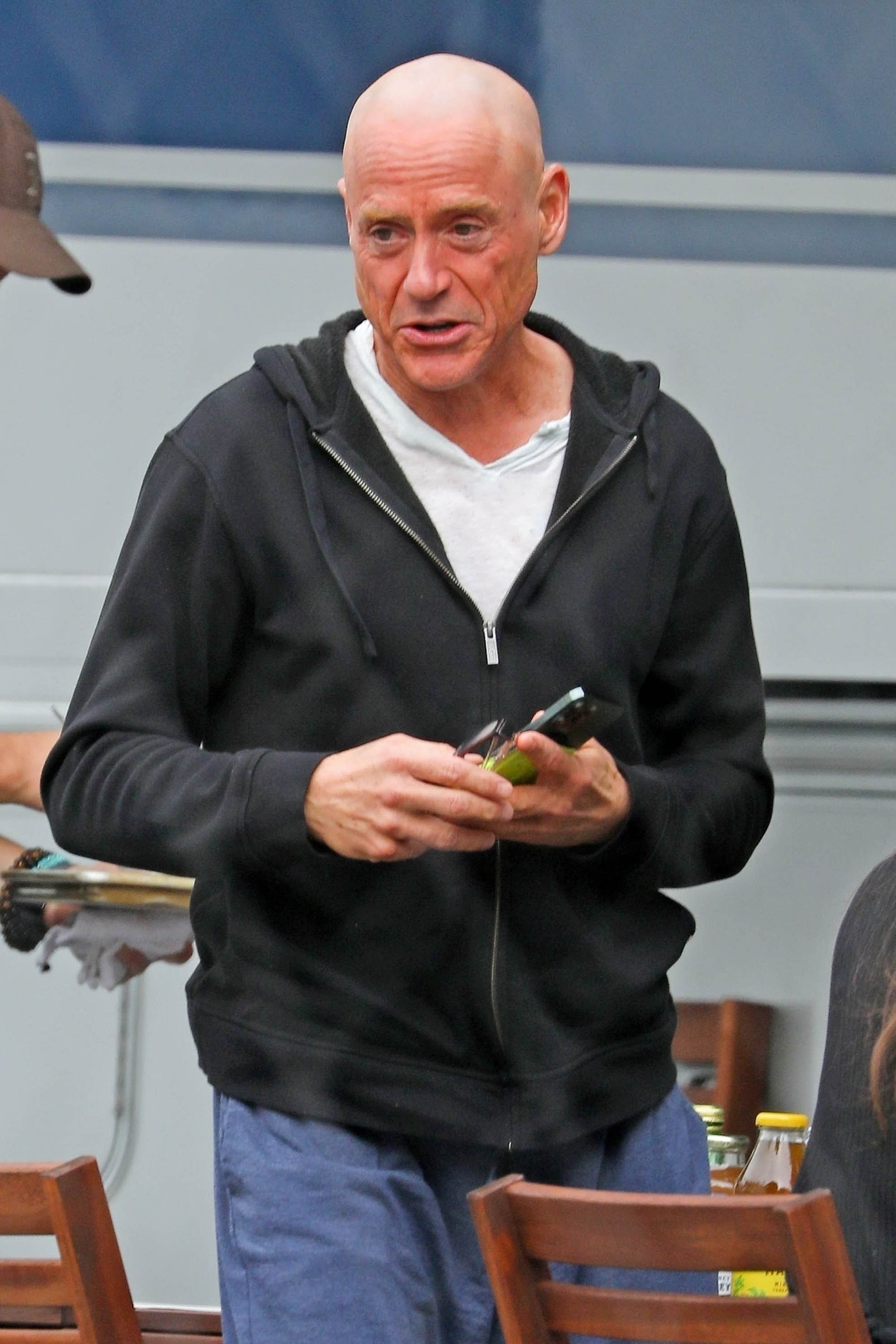 The “Iron Man” star was also seen walking around the set shirtless, with a medium-length brunette hairstyle and visible chest hair.

Downey appeared in those pics to have lost some weight as his rib cage was visible.

The “Due Date” star was also previously spotted looking unrecognizable in a balding red wig. 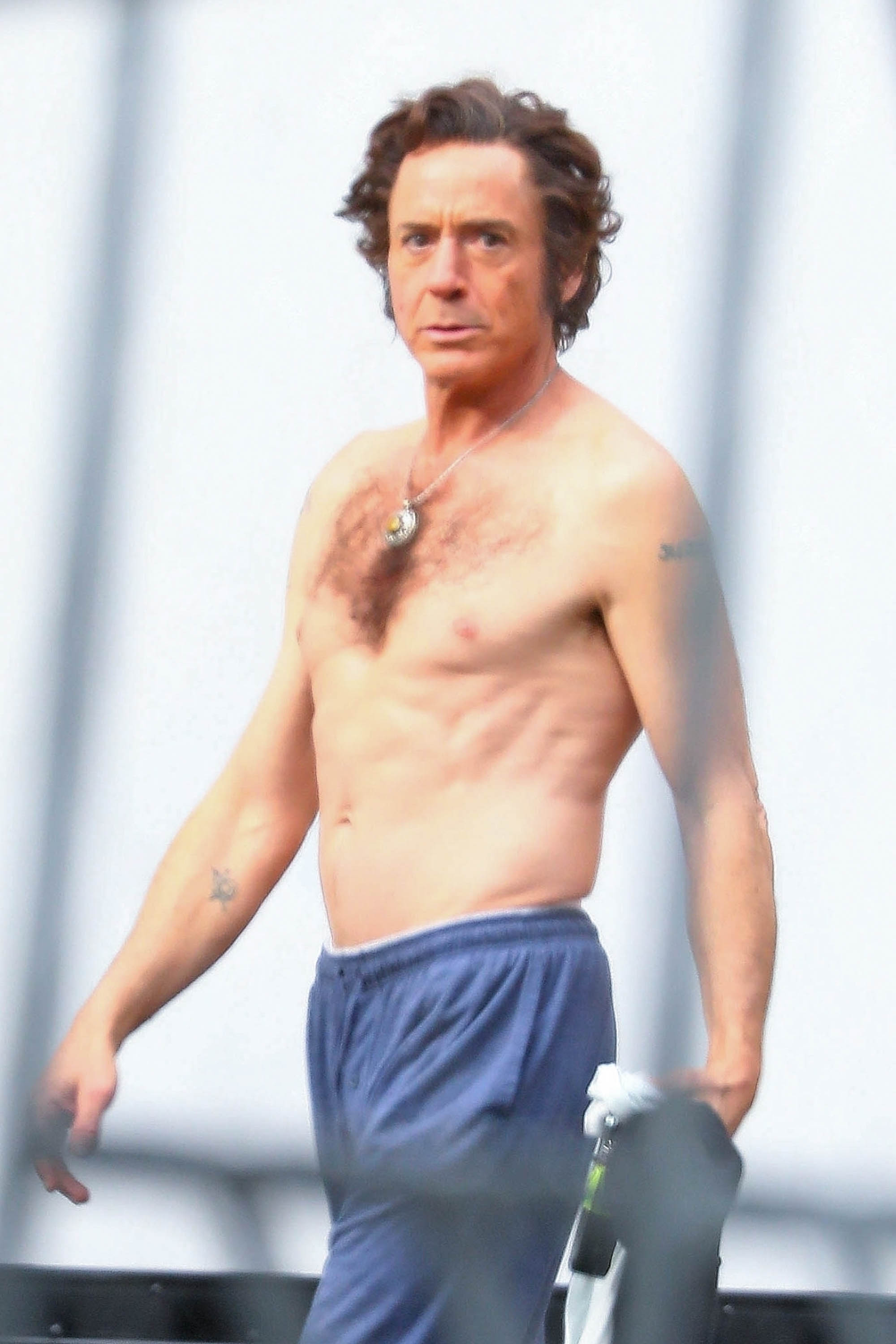 The reason why Downey’s appearance keeps changing in photos from the set is because he is reportedly playing several supporting roles in the HBO drama.

According to the Hollywood Reporter, the “Sherlock Holmes” star plays an up-and-coming congressman from Orange County, Calif., a CIA officer and the director of a movie. 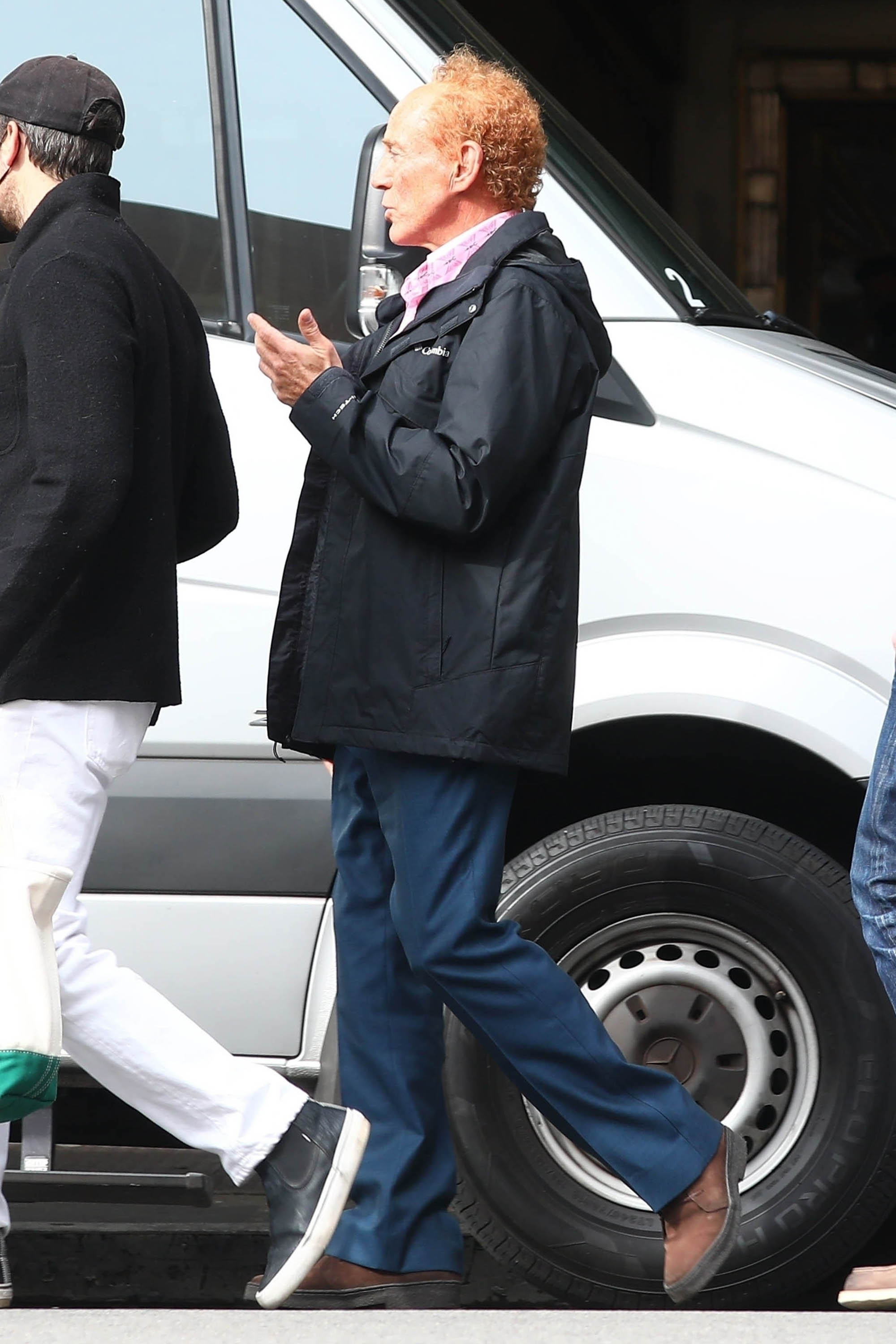 “The Sympathizer” centers around a half-French, half-Vietnamese man who served as a spy for Communist forces during the Vietnam War, per IMDB. Australian actor Hoa Xuande was cast in the lead role.

In November, Downey gave fans a glimpse of his new appearance at a red carpet event. 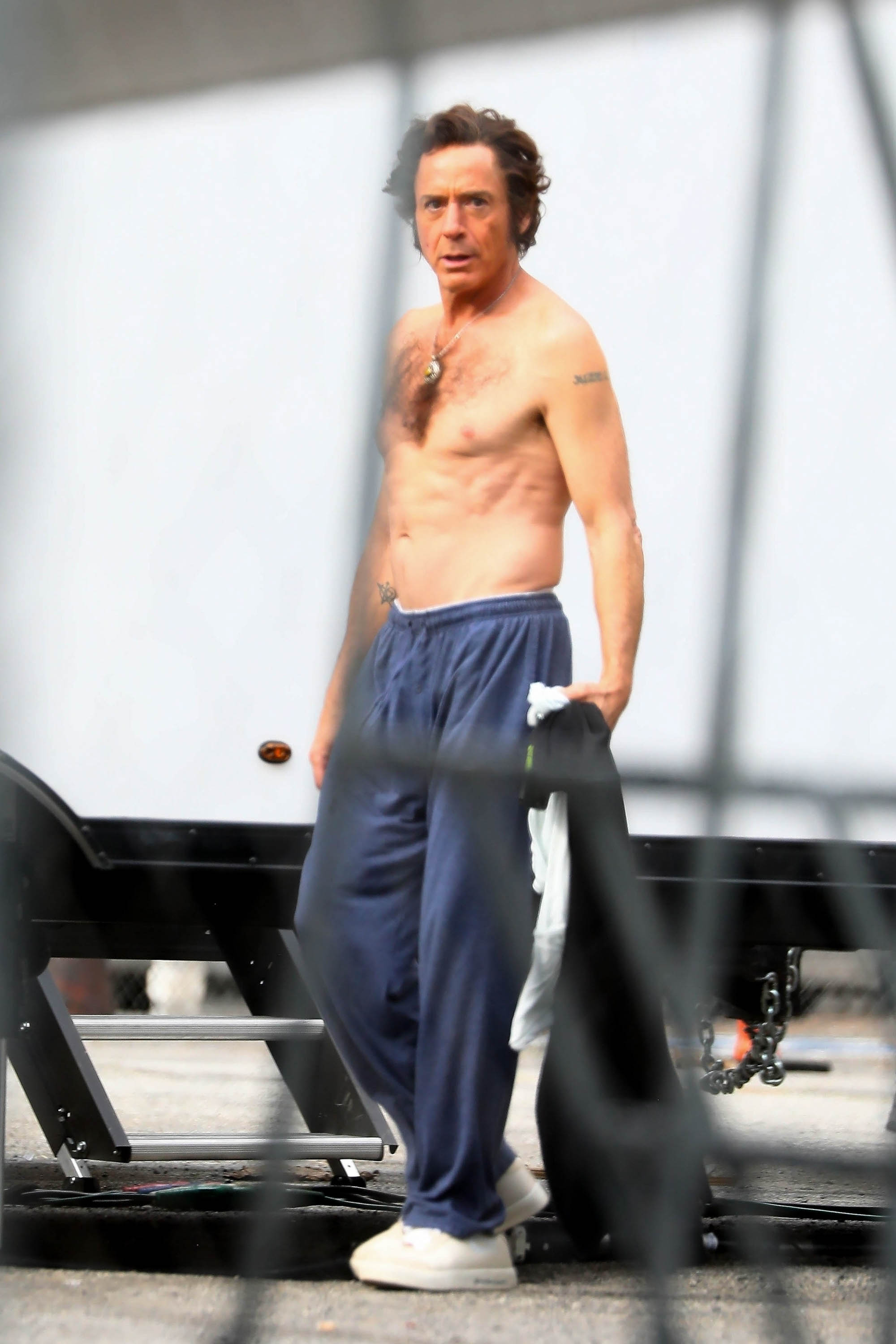 The “Avengers” star attended the premiere for his film “Sr.” at the time with a shaved head.

Ahead of the outing, Downey shared on social media that he had his kids, Exton, 10, and Avri, 8, help him with the transformation.

“I don’t want to have to wear a bald cap, so will you guys shave my head?” the “Dolittle” star asked his children in the clip, before jokingly asking what he owed them for the haircut.

Downey then captioned the playful post, “The things we do for our work… and our kids. #Sympathizer set ready.”