DRINKERS could see the price of their favourite tipple slashed after Rishi Sunak announced the biggest shake-up to booze tax in a century.

In his Autumn Budget, the Chancellor branded the current system of alcohol taxation as "irrational" and vowed a major overhaul. 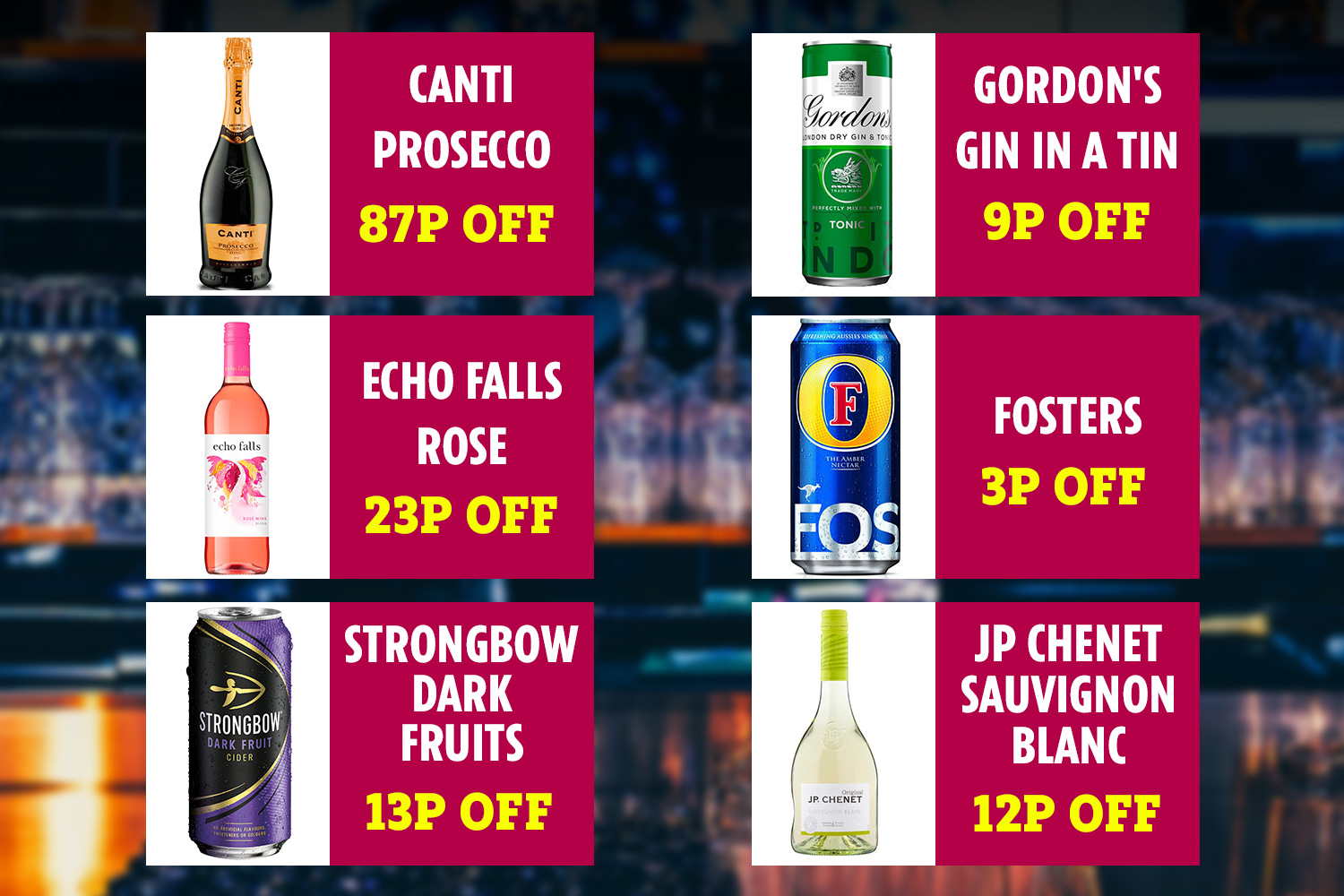 Under the current complicated system there are 15 bands of alcohol tax. But this will be reduced to just six.

Drinks will now be taxed according to their alcohol content.

It will bring an end to the so-called Girls Night Out tax, which sees wine and fizz subject to much higher rates of duty than beer.

Mr Sunak said the reforms were "progressive" and "much-needed", and would mark the biggest shake-up to alcohol tax in decades.

The Chancellor said the changes would be fairer and reflect how people drink today.

However, thirsty punters may have to wait to get their hands on bargain booze.

The changes will not come into effect until February 2023, and even then, there's no guarantee shops and pubs will pass on the savings.

Here we look at how the announcement will affect the price of your favourite drinks.

What booze is getting cheaper?

Fizz fans are in for the biggest price fall, with a whopping 87p set to come off a bottle of Canti Prosecco.

Mr Sunak said that consumption of sparkling wines like prosecco had doubled and are no stronger than still wines, so should not be taxed differently.

"I'm going to end the irrational duty premium of 28% that they currently pay," he added.

"Sparkling wines – wherever they are produced – will now pay the same duty as still wines of equivalent strength."

For the first time, the tax on fruit cider and beer will be brought in line.

That means a 20% duty cut on draught fruit cider, bringing the price of a pint down by 13p.

Fruit cider accounted for just one in every 1,000 ciders sold in 2005 but today make up one in four cider sales, the Chancellor said.

"But they can pay two or three times as much duty as cider that is made with apples or pears. So I'm cutting duty on them too," he added.

The tax cut will knock 1p off a bottle of fruity Kopparberg or Old Mout cider when you buy a bottle in a shop.

A pint of Kopparberg Strawberry and Lime would be 13p cheaper in a pub.

Duty rates for all draught beer and cider will be cut by 5%, which will take 3p off the price of a pint.

With lower-strength beer now in a new band, the price of a 3.4% ABV pint will drop by 25p.

While there will be no change in shop prices, it means you'll get a pint of Stella Artois, Guinness, Fosters or Carling for 3p less in pubs.

A pint of Adnams Lighthouse would be 25p cheaper in a pub and 22p for a shop-bought bottle.

Gin in a tin and liqueurs

Fans of a gin in a tin will see the price come down 9p as the new tax system will recognise the lower ABV of pre-mixed drinks.

A can of Jack Daniels and Cola will cost 12p less, Pimm's No. 1 Cup and Lemonade 10p less, and a Malibu Pina Colada 9p less.

These figures are for shop-bought pre-mixed cans.

Those who like an after dinner Bailey's will see the price of a bottle fall by 41p under the new rules.

Meanwhile, a bottle of Aperol Aperitivo will come down by 26p and Tia Maria by 48p.

Which drinks are getting more expensive?

The tax overhaul is not good news for all drinkers though.

With the new system now directly linking the price of alcohol to its strength, some higher ABV products will go up in price.

A can of 4.8% ABV Thatcher's Gold cider would be subject to a penny more in duty.

Red wines, which tend to have a higher ABV than white or rose wines, will also pay more duty.

The price of sherry and port is also set to climb under the revamped system.

How will the new system work?

Under the overhauled tax system, the number of bands for alcohol tax will be reduced from 15 to just six.

Duty rates for draught beer and cider will be brought into line, cutting 3p off the price of beer and 13p off fruit cider, which has previously been subject to much higher tax.

The Government said it would introduce a new rate for low alcohol drinks of less than 3.5% ABV to incentivise the development of new products in the hopes this will encourage more responsible drinking.

The Chancellor said linking tax to ABV was "common sense".

All drinks stronger than 8.5% will pay the same rate of duty, regardless of the product type, which will put stronger beers on an equal footing with wine and sprits for the first time.

The reforms will come into effect on February 1, 2023.

A boost for brewers

Small brewers are also set to enjoy a Small Brewers Relief to allow smaller companies to diversify their product ranges.

Finally, a boost to pubs will come in the form of a so-called Draft Relief.

The government will cut duty rates on draught beer and cider by 5%, which should take 3p off the price of a pint.

MPs and publicans have long pleaded with Mr Sunak to cut the so-called “keg tax” amid fears that too many boozers are having to shut their doors.

Duty rates on beer, cider, wine and spirits will also be frozen for another year.

The move is expected to save consumers £3bn over the next five years and help shore up the struggling pubs industry.

Here's the full list of how drinks will be affected