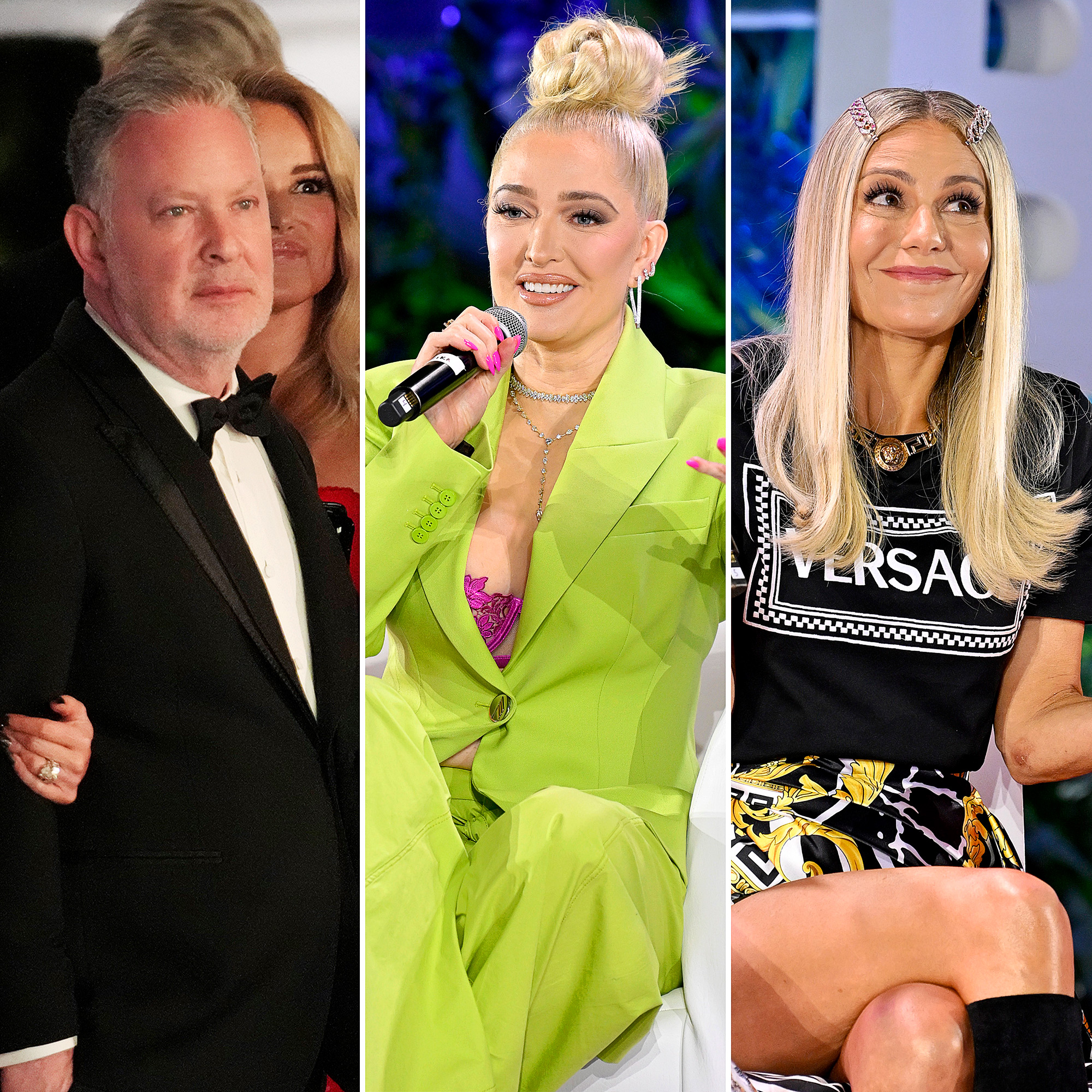 A Househusband who’s not having it. PK Kemsley clapped back after Erika Jayne said she thinks he and wife Dorit Kemsley will be the next Bravo couple to split.

“Erika thought her husband was innocent,” the U.K. native, 55, told Page Six on Monday, October 17, referring to Erika’s ex, Tom Girardi, and the embezzlement lawsuit against him. “She thought the ankle is more important than the brain. She thought she should keep the earrings. Now she thinks Dorit and I are next to split up. Here’s a quick bit of management advice: Stop thinking!”

During a BravoCon event on Sunday, October 16, the Pretty Mess author, 51, chose her Real Housewives of Beverly Hills costar, 46, and PK when asked which Bravo spouses would be heading to “Splitsville” next.

The Beverly Beach designer responded to her castmate’s remark in an Instagram comment on Monday, writing: “Misery loves company. What else can [I] say 🤷🏼‍♀️. Our friends, those that truly know us, know what we have and who we are.”

Dorit and the property developer — who have been married since 2015 — share son Jagger, 8, and daughter Phoenix, 6. The couple recently slammed rumors that Dorit cheated on PK with costar Kyle Richards‘ husband, Mauricio Umansky.

“Honey, listen, when something is so ridiculous, you just kind of discount it,” the Connecticut native said during a September appearance on Watch What Happens Live With Andy Cohen. “It’s something that sticks a chord only because Mau, PK, Kyle and I, we’re friends together and it is such a nothing and to have someone start those vile rumors, it’s gross.”

PK, who was in the audience at the talk show, quipped: “When she’s got steak, why would she want a cheeseburger?”

Erika, for her part, filed for divorce from Tom, 83, in November 2020 after nearly 21 years of marriage. The estranged duo have since been caught in a messy legal battle relating to an embezzlement lawsuit against the former lawyer.

Earlier this year, the “XXPEN$IVE” songstress was forced to return a pair of $750,000 earrings after a judge ruled that Tom purchased them using stolen funds. Rumors have since circulated that the earrings are now up for auction, but the Georgia native recently said that’s incorrect.

“They’re on appeal,” the reality star told Us Weekly at BravoCon on Friday, October 14, adding, “We’ll see what happens.”

The earring drama has inspired plenty of commentary from fans of RHOBH — including Jon Hamm, who thinks Erika should return the jewelry without question. “You just want to shake her and go, ‘Honey, they were never yours,’” the Mad Men alum, 51, told Howard Stern last month. “Give them back.”