It’s too easy to miss brilliant streaming shows, movies and documentaries. Here are the ones to hit play on or skip.

Korean TV is really having a moment in Australia. Squid Game has been hogging all the headlines but other South Korean series have been tearing up Netflix’s Australian top 10. My Name, a stylish and spectacular crime-and-revenge drama, is perhaps the most epic of the lot. 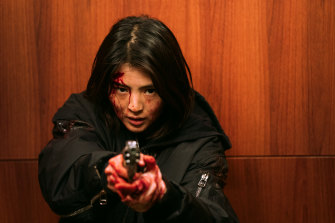 Consumed by rage, Yoon Ji-woo (Han So-hee) vows to avenge the death of her father in the gripping Korean crime thriller My Name. Credit:Netflix

The central figure is Yoon Ji-woo (Han So-hee), who has just turned 17 when she sees her gangster father murdered by a hooded man in the hallway outside their apartment. Consumed by rage and grief, she seeks out her father’s best friend and partner in crime, drug boss Choi Mu-jin (Park Hee-son), and demands that he find and kill the killer. That he can’t immediately do. But he can give her a place in the filthy, brutal martial-arts gym in which his aspiring thugs live and serve an apprenticeship, learning the violence that they will eventually be doing on Choi’s behalf.

There she can master skills she will need in her journey of revenge – and make her useful to Choi. Before long, you see, she’s going to be joining the police force and working her way up to a position where she can be an asset to Choi and where she might even discover who killed her dear old dad.

The series is visually stunning. Shots are beautifully composed and lit, providing an uncommonly immediate experience of their location, be it a cramped and run-down apartment or the gleaming luxury hotel that serves as a front for Choi’s drug syndicate. Director Kim Jin-min (who also directed Netflix’s Extracurricular) is well at home with the big, bloody set-piece brawls but he’s also brilliant at drawing out nuances of character. 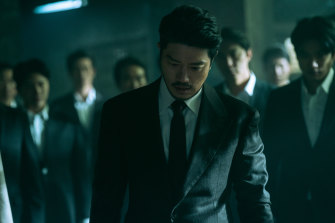 We see exactly why Ji-woo so loved her father – he was a mobster, yes, but he was also a big, round-faced larrikin with an infectious smile and a sensitive side. As expansive as the series gets in places, the focus remains on Ji-woo, her white-hot coal of hatred, and her pursuit of revenge.

Han delivers a performance of great physicality, intensity and occasional vulnerability, and writer Kim Ba-da gives her a lot to do – My Name works on a range of levels from teenage coming-of-age story to old-school police drama. It’s terrific stuff, and newly awakened Korea enthusiasts have plenty more to get into besides, not least acclaimed director Kim Jee-woon’s disturbing sci-fi series Dr Brain on Apple TV+. Awesome. 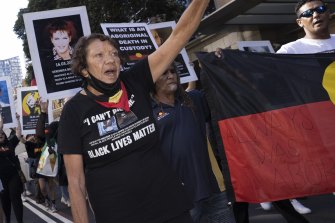 Leetona Dungay – mother of David Dungay Jr, who died while in custody at Long Bay Jail at the age of 26 – at a rally in April 2021.Credit:Brook Mitchell

One of the obstacles to addressing the widespread racism in Australia is the widespread denial that it exists. But nobody who watches the six half-hour episodes of this new documentary series will be left in any doubt that Australian racism is real and that it pervades our criminal justice, health and education systems with devastating effects.

Each episode focuses on the injustices inflicted on a single group, beginning with a deeply affecting first-person account from an individual or family before expanding out as experts provide context and a sense of the scale of the problem.

The first episode, about Aboriginal deaths in custody, is an especially shocking one. Not only do we get to see the grief still racking the family of David Dungay Jr, who died in Long Bay Jail after being restrained, knelt on and sedated while protesting that he couldn’t breathe but we see the shocking footage of his last moments and learn disgraceful facts about the incarceration of indigenous Australians. Other episodes look at racism and injustices suffered by Asian-Australians, African-Australians, Muslim Australians and asylum seekers. An absolute must-see. 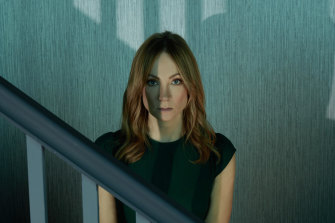 Just as she’s trying to work up the courage to leave him, a private eye (Samuel Adewunmi) introduces himself and reveals that Olivier is himself planning to end the relationship in what you might call a rather drastic manner. Scary.

Australian wildlife expert Bradley Trevor Greive turns himself into an animated nutcase in this bizarre new series. “For a numbat mother, evading a predator is like trying to chase down a bus with four six-year-olds attached to your nipples,” he says – while doing just that. 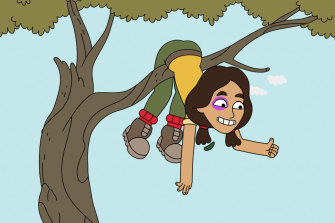 There are shades of Homer Simpson and Peter Griffin as flashbacks show how many times he has contracted chlamydial conjunctivitis from koalas urinating in his eyes. He’s also keen on collecting warm stool samples for the parasites. Educational.

Yes, this is comfy British biscuit-dunking crime telly but these new adaptations of the P. D. James novels do get a bit dark. 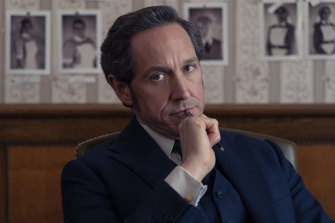 Bertie Carvel in the “comfy crime” series Dalgleish, based on the novels of P.D. James. Credit:Christopher Barr/Acorn TV

It’s the 1970s, and before we even clap eyes on the stuffy yet sensitive Jaguar-driving poet-detective Adam Dalgleish (Bertie Carvel) we’ve seen a student nurse murdered at school in an especially horrible way. Lumbered with a boorish sidekick and a host of suspects played by estimable character actors and fresh-faced up-and-comers, Dalgliesh’s first outing proves an absorbing bit of telly.

The brand-new season is here, and Grey’s is still packing in the drama and romance like so many metres of surgical gauze. Interestingly, it’s now set in a post-pandemic world where Covid is no longer a problem in itself but has left the folks at Grey Sloan Memorial Hospital with other problems. Such as the difficulty of recruiting when Covid has killed thousands of doctors and nurses and caused thousands of others to quit. Worse still, another hospital is trying to poach Meredith Grey herself. Lots going on.

*Stan is owned by Nine, the owner of this masthead.