Prince Harry is no stranger to controversy. As a young adult, he was known in the media for his wild streaks.

Now, Harry continues to attract attention for his bombshell statements. In fact, a royal expert claimed that one of Harry’s recent statements is causing damages to the royal family’s reputation.

In the spring of 2021, it was announced that Harry had taken on the executive position of chief impact officer for the mental health startup BetterUp. The Duke of Sussex recently gave an interview to Fast Company about working and mental health. However, his comment about “The Great Resignation” amid the coronavirus (COVID-19) pandemic has attracted controversy.

“I’ve actually discovered recently, courtesy of a chat with [BetterUp science board member] Adam Grant, that a lot of the job resignations you mention aren’t all bad,” Harry told the interviewer. “In fact, it is a sign that with self-awareness comes the need for change.”

Harry added, “Many people around the world have been stuck in jobs that didn’t bring them joy, and now they’re putting their mental health and happiness first. This is something to be celebrated.”

Harry’s comment was heavily criticized by royal watchers. Some accused the duke of being “out of touch.”

For example, journalist Daniela Elser wrote for News.com.au, “Let’s just take a moment here to reflect on the fact these sage words about work are coming from a man who has had a job in the private sector for 15 months. Who previously had only ever been employed for the family business and the army. A man who until July last year had only ever lived in places provided for him by his Gan Gan or the military. And a man who received millions of dollars from his dear Papa up until the age of about 35 years old.”

Although Harry is no longer a working royal, he is still associated with the royal family. According to British royal commentator Neil Sean, the duke’s recent comment could cause some damage to the royal family’s reputation.

“Once again, of course, it’s the British monarchy who are left picking up the pieces because this does reverberate with them over here,” Sean said in a YouTube video. “People then start to look at the monarchy and think, ‘Well, if this rich person is telling us to quit work, why should we fund them?’”

Sean alleged that this kind of statement is “more damaging” than Harry realizes. The commentator added, “He has not thought this one through.”

Prince Harry once said he wanted to work ‘with normal people’ 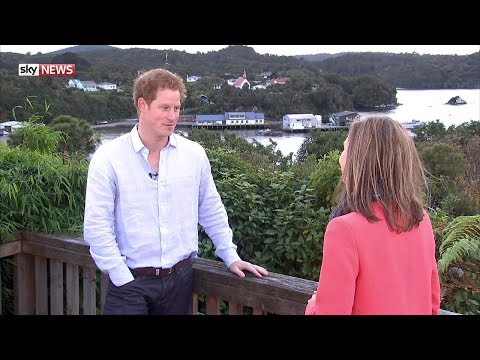 Although Harry grew up extremely privileged, he often said that he desired a more normal life.

For example, Harry looks back on his military days with fondness. In an interview with The Guardian in 2013, he shared that he enjoyed being treated like his fellow soldiers. Harry explained, “It’s very easy to forget about who I am when I am in the army. Everyone’s wearing the same uniform and doing the same kind of thing.”

When Harry visited New Zealand in 2015, he also expressed a desire to earn a living wage and “work with normal people.”

“I, and William, both of us, we feel as though we need to have a wage as well, to work with normal people, to keep us sane, to keep us ticking along,” he said, according to Express. “And also, surely in the future, if we want to make a big contribution, or a valid contribution to be taken seriously, then we need to work alongside other people.”