From Madonna to Megan Thee Stallion: The cone bra is making a comeback

Cardi B is taking her infamous nails to insane new lengths.

The “WAP” singer, 28, showed off her craziest manicure yet, unveiling a set of inches-long acrylics in a neutral tone, topped with various diamond-covered charms.

The designs — which look like they would be more at home (and comfortable!) on a necklace rather than her nails — include her name, daughter Kulture’s name, the word “mama” and a snake.

Cardi shared a clip of the new manicure to her Instagram story on Thursday, later tweeting, “I’m giving ya my 2014 nails back again,” referring to her notable manis of the past.

While the star once baby-proofed her claws for now 3-year-old Kulture, she has since returned to her bejeweled nails, including to the 2019 Met Gala — and it looks like the soon-to-be mom of two isn’t going to skimp on the glamour with her second pregnancy. 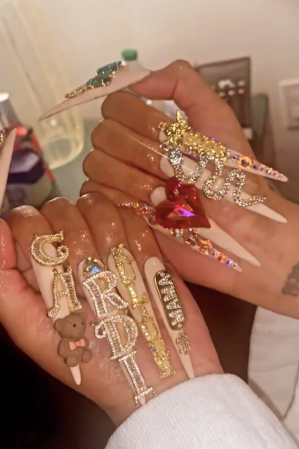 Cardi B’s nails have long been her signature, often stiletto-shaped and adorned with Swarvoski crystals, and the new set was designed by her go-to nail tech, Jenny Bui, whose normal Cardi-approved manicure costs upwards of $200.

The design could also feature hints at the sex of baby number two; a small teddy bear sports a pink bowtie on her left pointer finger while a ruby-red heart, butterflies, other purple and pink gems adorn her right hand, perhaps indicating another girl is to come for Cardi and husband Offset. 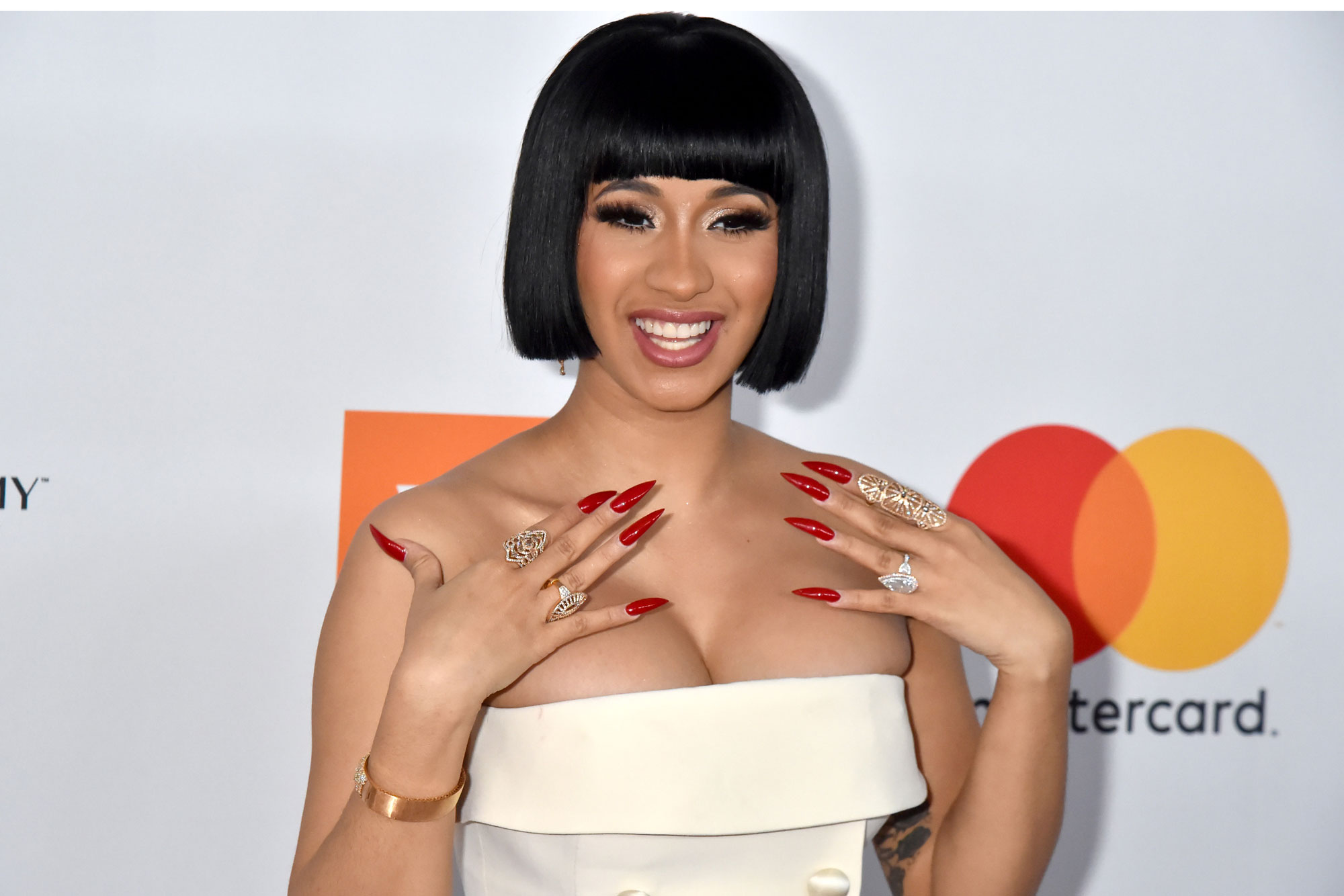 Fans were impressed at the sheer audacity of the blinged-out design. “I commend this woman’s strength for carrying not only the weight of a baby inside her..but as well as that weight her nails”, one fan commented.