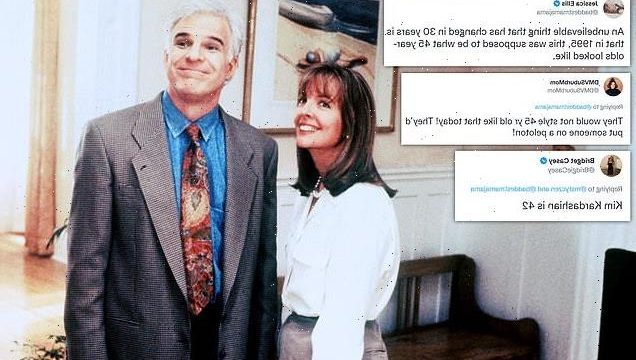 A conversation about how we age has been sparked online after a woman posted on Twitter about Hollywood depictions of people in their 40s.

People expressed their shock at the difference between people aged 45 in the 1990s compared to the present day after a filmmaker from California posted a photo on Twitter of the film Father of the Bride 2 dressed in ill-fitting suits and strings of pearls.

The movie franchise, which stars Diane Keaton and Steve Martin as parents of a 22-year-old Annie, who is getting married and having a baby, shows the actors playing people in their mid 40s.

Jessica Ellis, who began the conversation, worked out that the characters were 45 years old in the sequel in which Annie (Kimberley Williams-Paisley) has a baby at the same time as her mother Nina (Keaton). 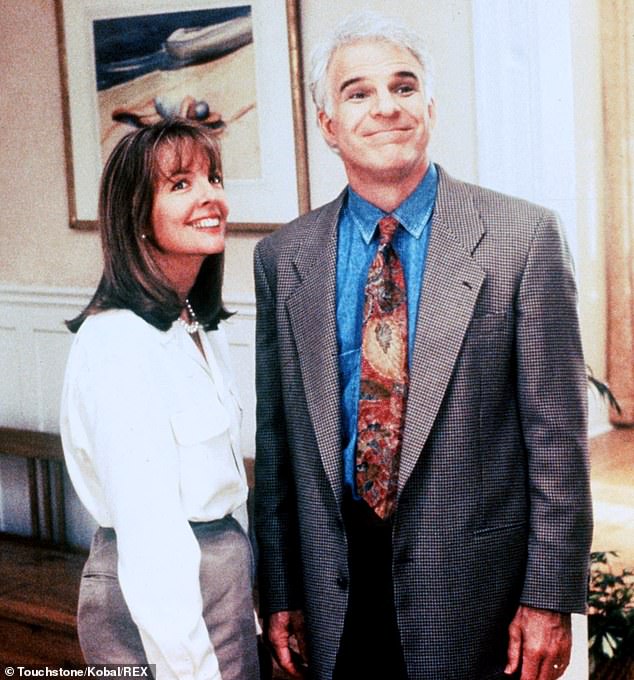 Posting a photo of Keaton and Martin in the film, she said: ‘An unbelievable thing that has changed in 30 years is that in 1995, this was supposed to be what 45-year-olds looked like.’

She later clarified she was speaking about the characters of Nina and George Banks, rather than the actors themselves.

People were quick to respond, joking about how unlikely it is to see a 45-year-old dressing in that style today – particularly in a Hollywood film.

One person said: ‘They would not style a 45 year old like that today! They’d put someone on a Peloton!’

Another person made a stark comparison with a famous figure in their 40s today – Kim Kardashian.

They pointed out that Kim, at 42, is just three years younger than the ages of George and Nina Banks in the Father of the Bride sequel.

Some people commented on the thread to say they remember older generations dressing in this way in their 40s when they were growing up.

One person said: ‘Women with whom I grew up dress like that – pearls and little sweaters. It’s like the country club meets realtor look. I refuse to dress like an old person or have those hairstyles.’

Another recalled: ‘My parents gave me an actual strand of pearls in high school because I guess they thought I would dress this way someday?’

While lots of people saw the funny side of the changing face of a 45-year-old’s style, some were worried the same might happen to them.

One person lamented: ‘If I wear that much beige at 45, just put me in the grave.’

Another said: ‘What if I told you out skinny jeans, Converse, and awesome t-shirt collections will be the new Old People wardrobe?’