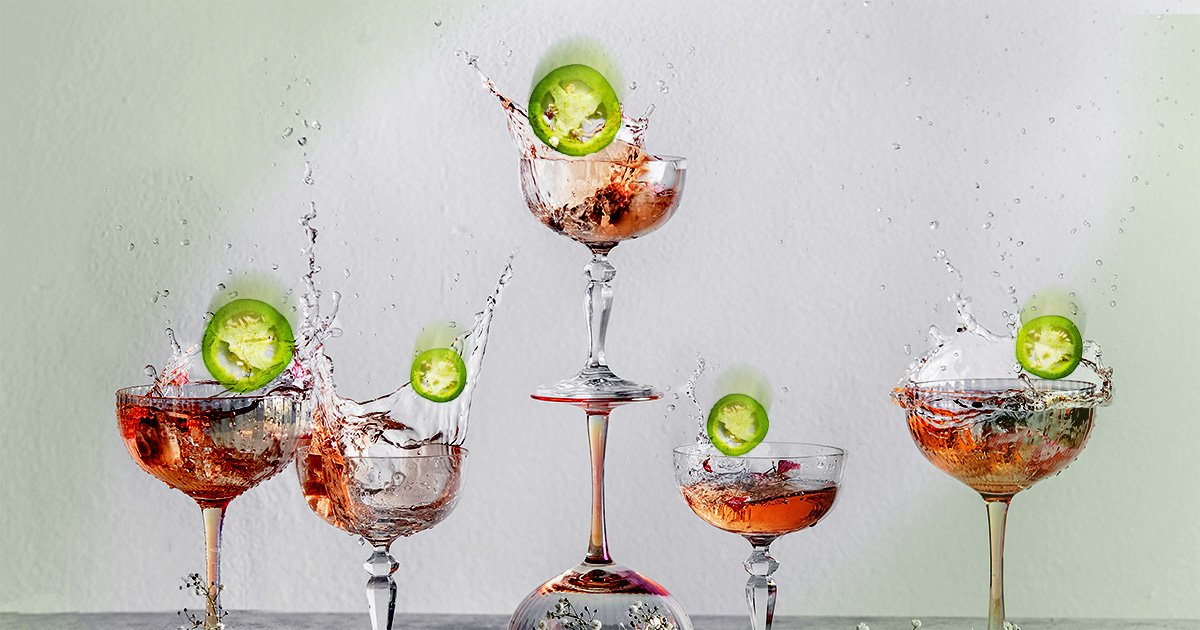 Every summer, there seems to be a new viral drink that everyone is talking about – from dalgona coffee to frosé.

The viral drink of this summer seems to involve wine and a certain spicy ingredient.

People on TikTok are adding jalapeños peppers to their rosé for a unique twist.

Kicking off the weekend 🙌

It seems this new drinking phenomenon is all down to a woman called Allyssa Marshall, who kick-started the trend.

And this new ‘spicy rose’ has certainly intrigued wine enthusiasts.

Now, many others have given it a go and shared the results on the platform.

Trying a new thing! Jalapeño with rosé. I LOVED it ✨ Inspired by @Allyssa in the Kitchen

However, before you worry about ruining a perfectly-nice glass of rosé, it seems Allyssa’s idea might not be totally off-the-wall.

People love to indulge in spicy margaritas, after all.

So is jalapeño rosé really worth a shot? We gave it a go.

Our verdict on jalapeño rosé:

A friend mentioned this trend to me a few weeks ago. So when she and another pal came to mine for drinks in the garden one weekend in July, we thought we’d give it a go.

However, I feel like I should point out that we deviated from the trend a little – as I didn’t have fresh jalapeños in the house.

But I did have the sliced, jarred variety in my cupboard.

In my head, this would work just as well, if not better (after all, people love brine in a dirty martini).

It’s also worth stressing that we were armed with Sainsbury’s rosé – so the stakes were a little lower if we absolutely hated it. This might not be the one to try with a nice bottle of Whispering Angel, for example.

We sat in the sun and fished out some sliced jalapeños from the jar and added two or three of them to our chilled glasses of wine.

For the first sip, none of us could taste anything. But after a few minutes the jalapeños had settled and made a rather intriguing spicy – albeit also tangy – flavour.

We didn’t hate it. We didn’t love it.

Those first few sips were interesting, to say the least.

But once we got to the bottom of the glass – and the jalapeños had been marinating our wine in the sun – it was a different story. So we had to ditch the final few sips.

Would I try it again? No.

Was it the worst drink I’ve ever tasted? No.

An interesting experiment, but I’ll be sticking to naked rosé from now on.

Although, perhaps the fresh peppers would be a different story.