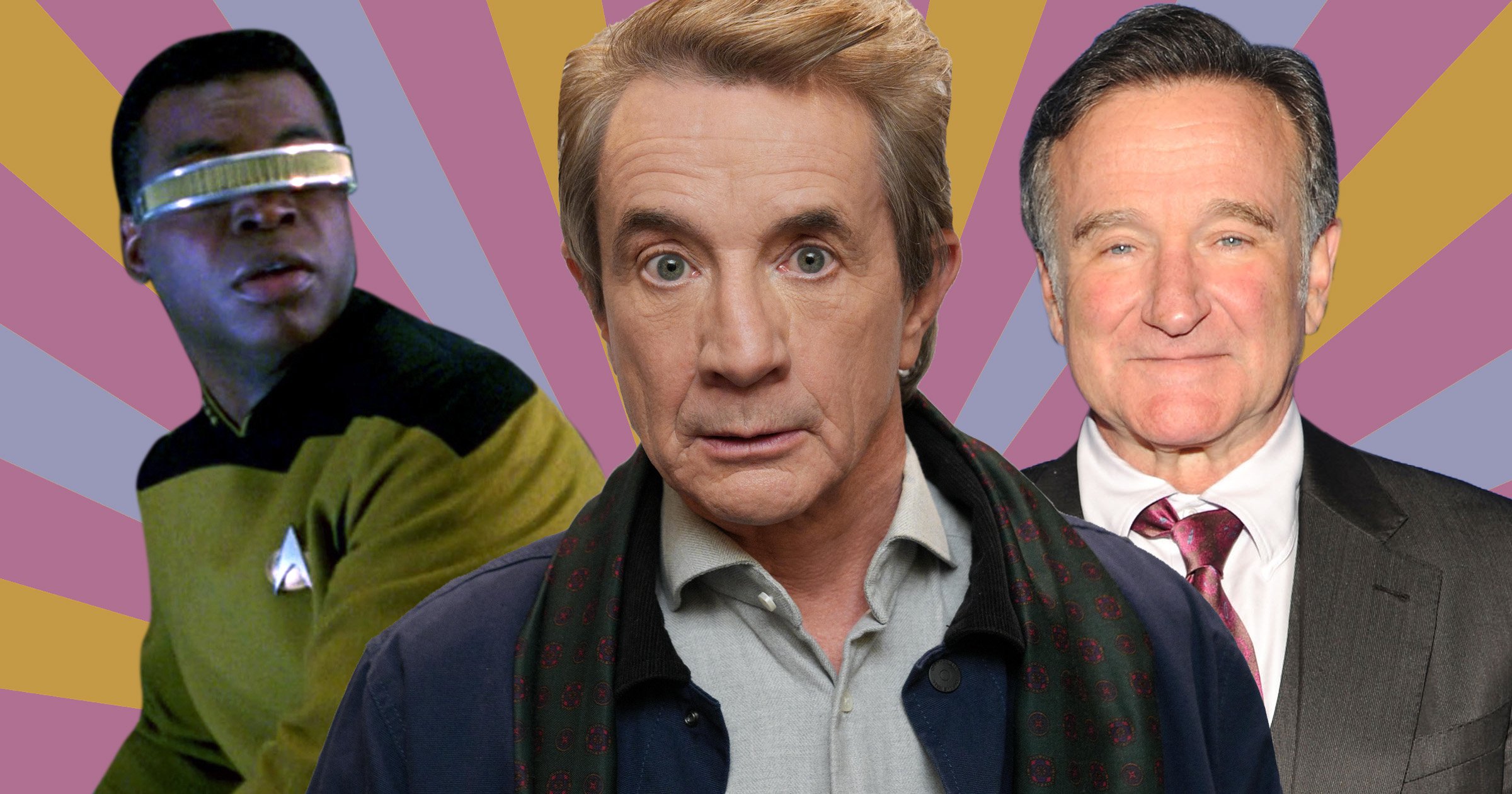 This goes out to the ones who were raised, at least in part, by people they saw on TV.

While I was aimlessly scrolling through TikTok one day, I came across a video that really struck me.

The clip consists of the poster, who goes by Ricky Gourmet, listing ‘the positive male role models’ that guided them through their youth in place of a father.

Were these role models directly related to Ricky? Did he know them personally? No, they were in fact all fictional characters, like Wallace from Wallace and Gromit, and Tim Curry’s Long John Silver from Muppet Treasure Island.

Watching this, two things hit me. The first: I hadn’t watched Muppet Treasure Island in way too long, and that needed to change. The second: I’d done the exact same thing as a kid, just with a different cast of paternal characters.

Actors like Martin Short and Robin Williams (kind, hilarious, giving off overtly Fun Dad energy) and LeVar Burton (the iconic ‘Reading Rainbow Guy’, and behind that Star Trek visor, my very young child’s mind thought he looked a bit like what I could remember of my absent Puerto Rican father) were all pop-culture ‘dad’ figures I latched on to.

Watching them on TV to this day feels kind of like getting a warm hug and when Robin died, I felt crushed on a personal level. If I ever get the chance to chat to LeVar or Martin in person, I’d be compelled to thank them for the role they’d unknowingly had in my life as what I’ve started to refer to as my parasocial parents.

That’s right, parasocial relationships – when people feel like they know someone they’ve never interacted with – aren’t all just intense crushes, they can be platonic too.

It turns out it’s a very normal way for a child with an absent parent to think.

As consultant psychologist and co-founder of The Chelsea Psychology Clinic, Dr Elena Touroni, says: ‘Yes, it is very common for children with absent parents to fantasise about other caregiving figures who have the qualities of what they are missing out on emotionally and psychologically.

‘Often it will be someone in their immediate environment – parents of friends, teachers etc. It can provide a strong longing that is very understandable. It is an attempt to fulfil emotional needs that are otherwise not being met.’

Counselling Directory member Claire Elmes points out that it’s easy for anybody to form this kind of attachment to people we see in the media.

She adds: ‘Anyone can develop a parasocial relationship, but it is suggested that this is a common trait of children with absent parents. Children with an absent primary caregiver are terrified of rejection and crave familiarity and security.

‘As a result, it is incredibly easy for young children to form strong attachments to media figures who are reliable and familiar – characteristics of a person in whom a child would place trust.

‘These children find security in media characters that their parents could never provide.’

Dr Elena agrees, saying: ‘There are all kinds of different role models in the public domain, and we have significantly more access to their lives.

‘In this way, pop culture lends itself more easily to developing fantasies around who a person is and how they live their life. It’s possible for someone to project all sorts of feelings and needs onto someone they don’t necessarily know.’

It’s important to note that, as with many other things, you can have too much of a good thing.

Claire says: ‘It’s interesting to debate the advantages and disadvantages of parasocial relationships. On the one hand, they may provide incredible learning opportunities for children, particularly young kids who frequently interpret these figures as actual people.

‘On the other hand, when a parasocial relationship becomes too intense and obsessive, it can resemble a certain kind of addiction – which is detrimental to mental health.’

If you notice a parasocial relationship becoming a problem, either in yourself or your child, it’s advisable to seek out professional help.

That being said, please also keep in mind that forming parasocial attachments in the first place is super normal.

‘However, I do think parasocial relationships maybe more significant for those children with an absent parent(s).

‘For children with an absent parent, parasocial relationships can support feelings of attachment alongside character personification. Children will form an attachment to certain TV programmes/films and media characters as a way to gain comfort and security, in proximity, as if to a real person.’

There are even overt benefits to forming this attachment from a distance.

Claire explains: ‘Popular culture has an important impact on the formation of parasocial relationships, notably in schools.

‘The media character, as a trusted friend to the child, may provide a mechanism to deal with loneliness caused by unpopularity and may supplement absent real-life friendships.

‘Parasocial connections also appear to boost self-esteem in unpopular children who may be bullied and serve as a distraction from their dissatisfaction with their social lives.’

This series aims to offer a nuanced look at familial estrangement.

Estrangement is not a one-size-fits-all situation, and we want to give voice to those who’ve been through it themselves.