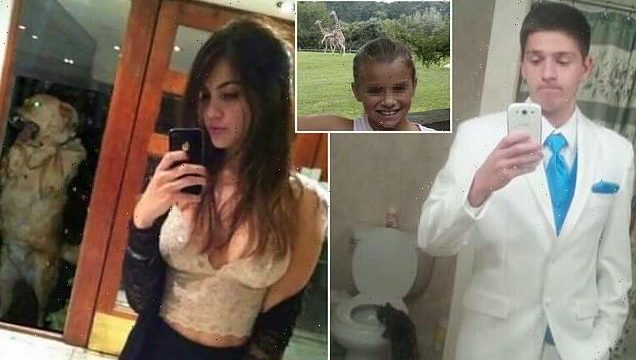 Look behind you! Hilarious snaps ruined by surprising photobombers – from a cat drinking out of the toilet to a pair of VERY amorous giraffes

In the age of camera phones, everyone is trying to capture that perfect selfie or a great nature shot.

But these photos prove that sometimes hilarity can unintentionally ensue when people forget to check the background of their shot before clicking ‘upload’.

People from around the world have shared some of the funniest examples on social media, with the very best rounded up in a gallery by buzzerilla.com.

A sweet photo from a family day out at the zoo took a surprising turn when a couple of giraffes were captured getting amorous in the field behind a smiling little girl.

Elsewhere a woman’s sexy mirror selfie turns into a scene from a horror film thanks to a dog who crushes himself up against the window. 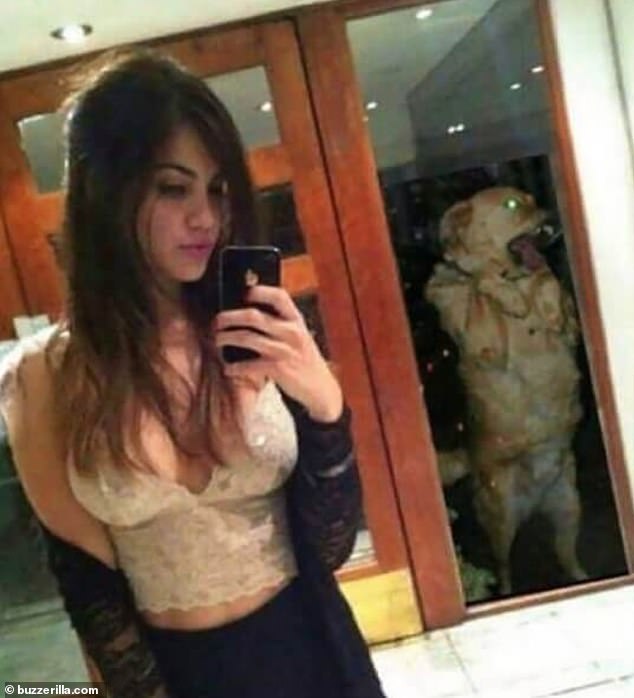 Night of the living dogs: This American woman intended to take a saucy snap but didn’t realise her beloved dog was pressed up against the window like a zombie trying to get in 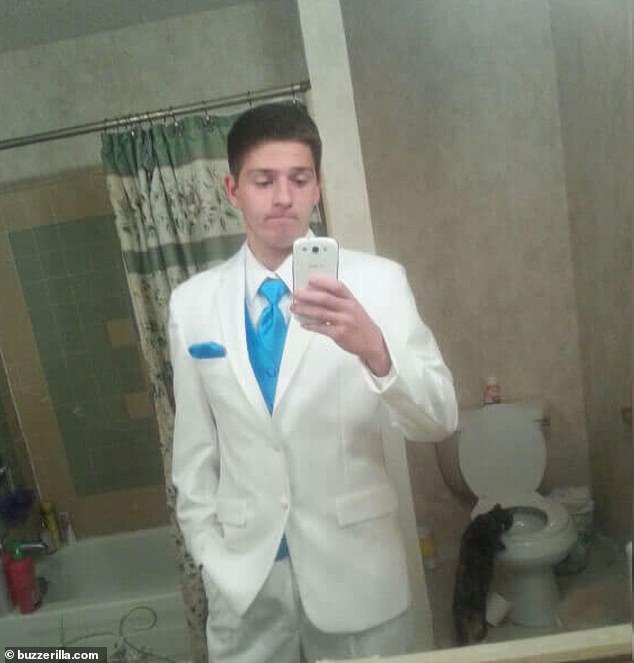 Not so sharp! An American teenager is showing off his bright white prom suit, oblivious to the fact that his cat is drinking out of the toilet behind him 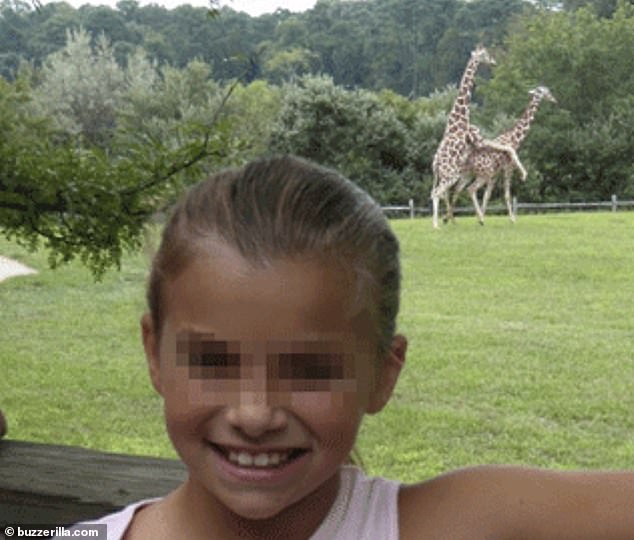 Not one for the family album: This cute photo at a US zoo soon turned into a lesson on the birds and the bees as a little girl grins, totally unaware there are two giraffes getting intimate behind her 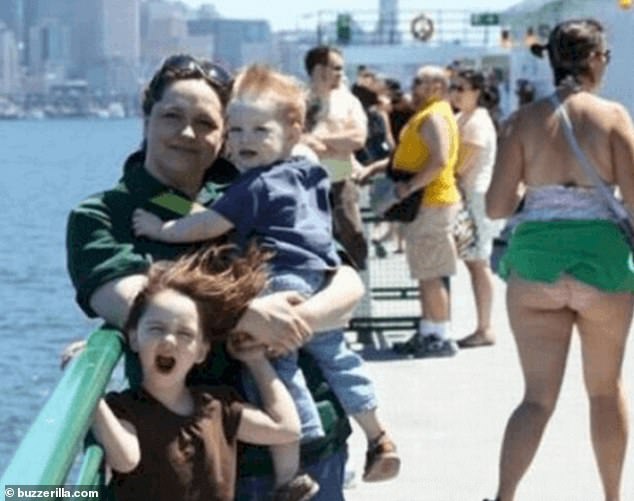 Caught unaware! A boat trip in New York for this family was meant to be a perfect memory, but an errant gust of wind made for an awkward photo 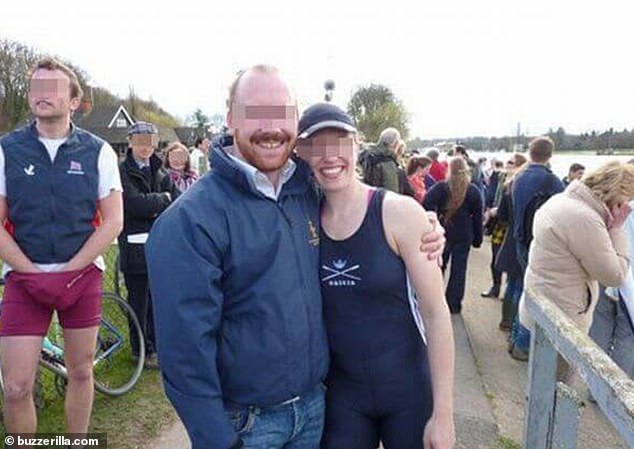 A real handful: This couple from the UK took a sweet photo at a sports event as the guy behind had a good old rummage in his cycling shorts! 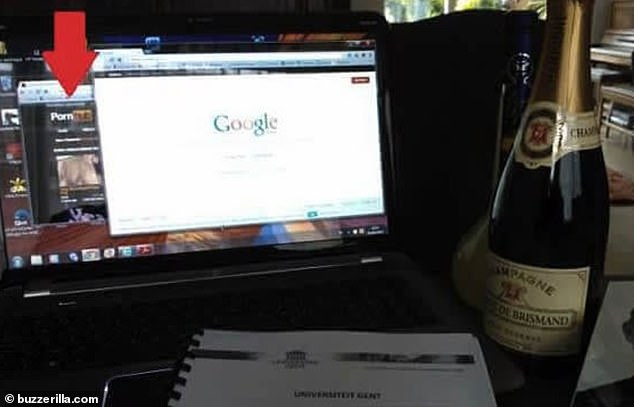 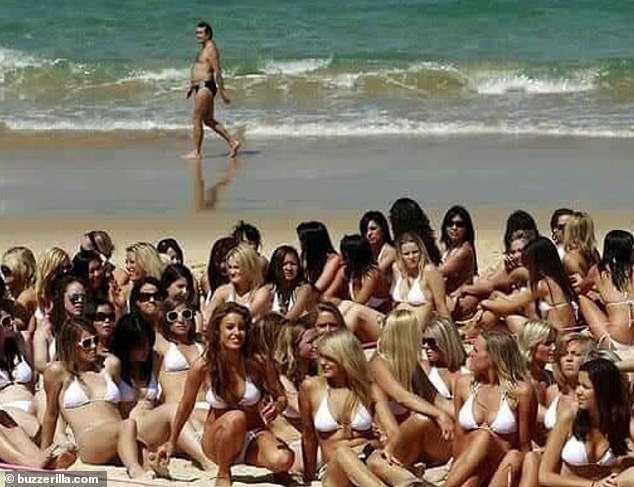 Odd man out: These Californian swimsuit models probably didn’t clock that their group photo in the idyllic ocean setting had a speedo wearing interloper in the background 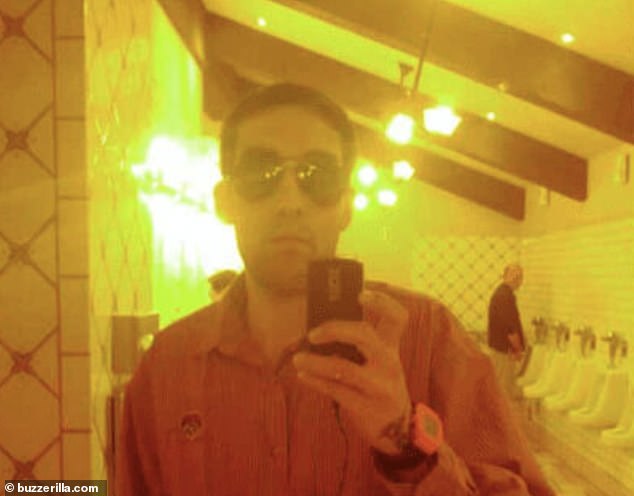 Not one for the profile picture: This cool dude was upstaged by a man using the urinal in the background 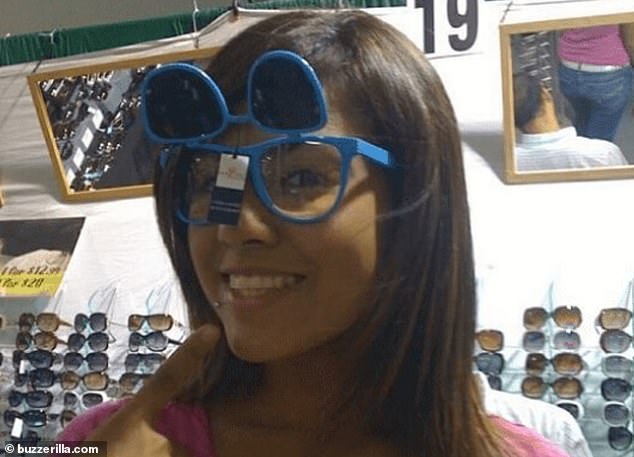 Caught out! This US woman had two pairs of glasses on but she still couldn’t see the creep behind her in the mirror eyeballing her bottom! 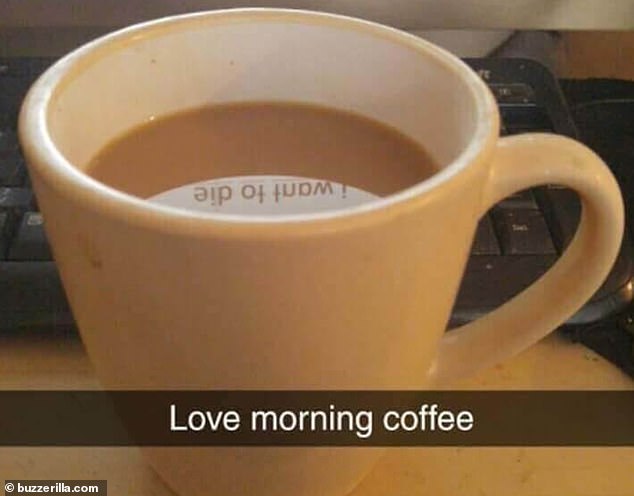 A cup of contradiction : This UK person posted to snapchat how much they love their morning coffee but reflected in the drink is the rather phrase ‘I want to die’ 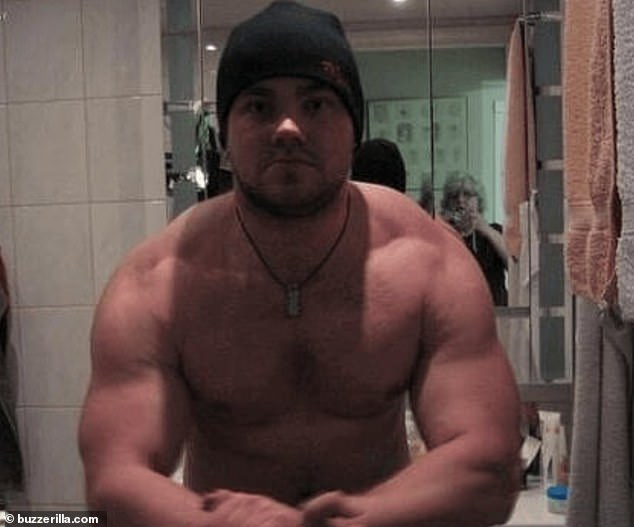 Gains and Grandma: This US man flexed for the camera, not realizing his older relative was in the shot in the mirror 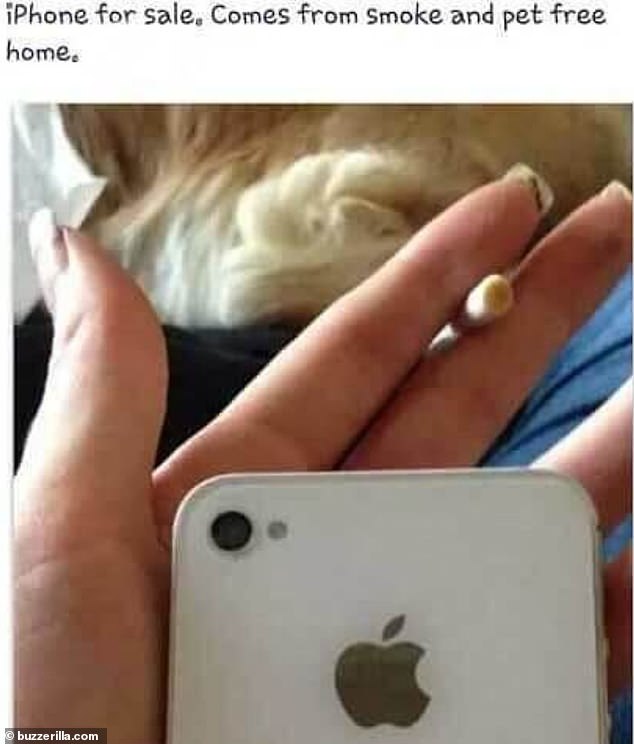 Who are you trying to fool? This US Facebook poster must have been being ironic when they posted this ad as they claim their home is smoke and pet free – and there is a rollup and a furry friend in the picture 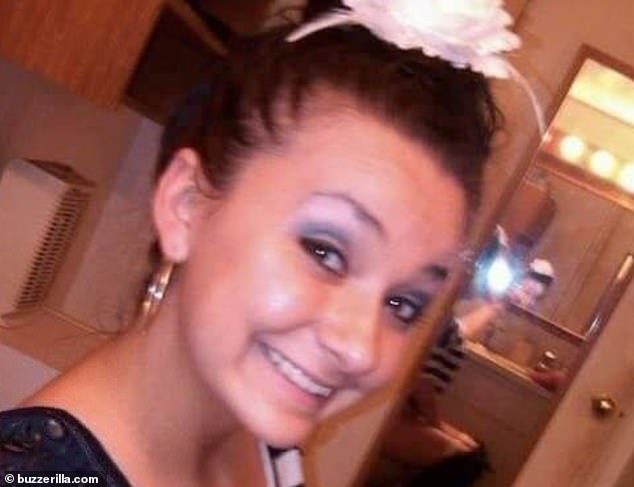 The truth was flushed out! This girl from the US didn’t realize that her selfie would reveal that she was sat on the toilet with her trousers down 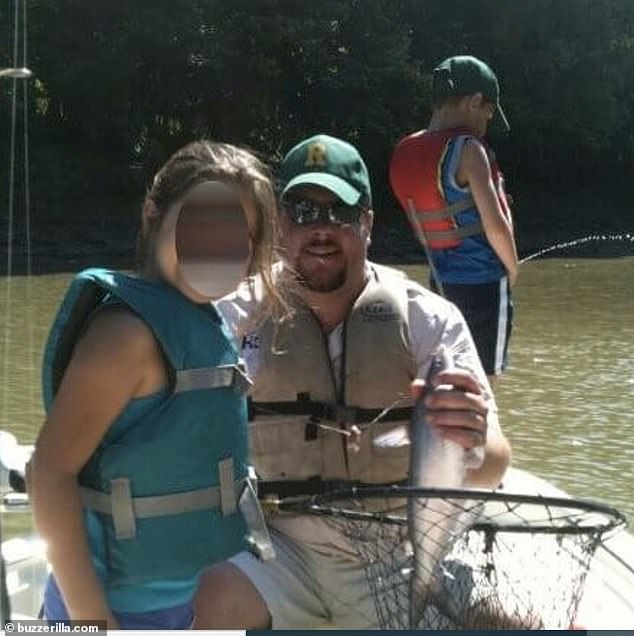 They didn’t just catch fish! A sweet father and daughter snap on a fishing trip in the US was ruined when the other sibling decided to pee overboard 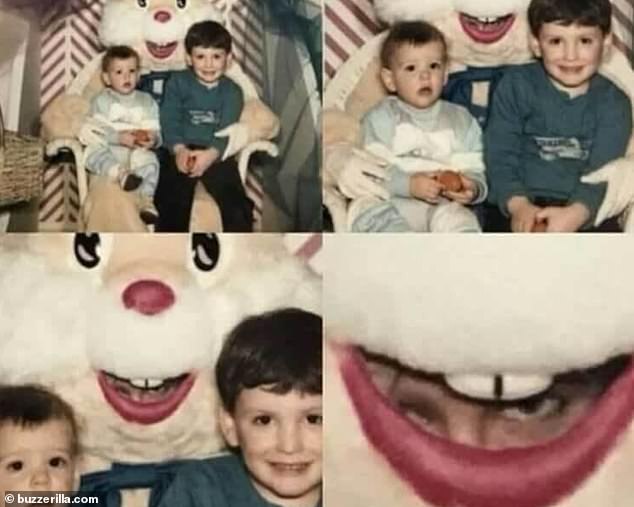 Ted Bunny: At first glance this picture, taken in the US seems harmless enough, but when zoomed in the man in the rabbit costume can be seen glaring out of the mouth like a serial killer!