As Naomi Osaka continues to remove the stigma about mental health struggles, the tennis star shared how Saweetie, Rihanna, and Beyoncé ‘inspire and uplift’ her during those harsher, anxious moments.

“I hope I was able to help some people and for them to see that even athletes are still humans like the rest of us,” said Naomi Osaka in her new feature in Women’s Health, “And we all are dealing with something in our lives.” Naomi, 23, has been at the forefront of the conversation about athletes and mental health, sharing her own struggles with depression and anxiety. She also shared one of the “unique ways to anchor herself” during those moments of mental turbulence: she puts on her Beats headphones when arriving to play a match. The ritual “helps dull my social anxiety,” she tells Women’s Health, noting that Beyoncé, Rihanna, and Saweetie are some of her favorite pre-match artists.

“Music calms me, it silences the noise that won’t help my game,” she says. “For me, music is inspiring and uplifting.” Naomi also notes that she utilized Hyperice, the recovery tech/tool brand. She also “name-checks its Normatec compression boots as crucial to her performance on the court,” which writer Liz Plosser writes is Osaka being “unapologetic about promoting the brands she aligns with and invests in.” That keen eye has also led to her founding the skin-care company Kinlò (“I never imagined how eye-opening the statistics on skin cancer in Brown and Black skin would be”) and focus on efforts beyond the court. 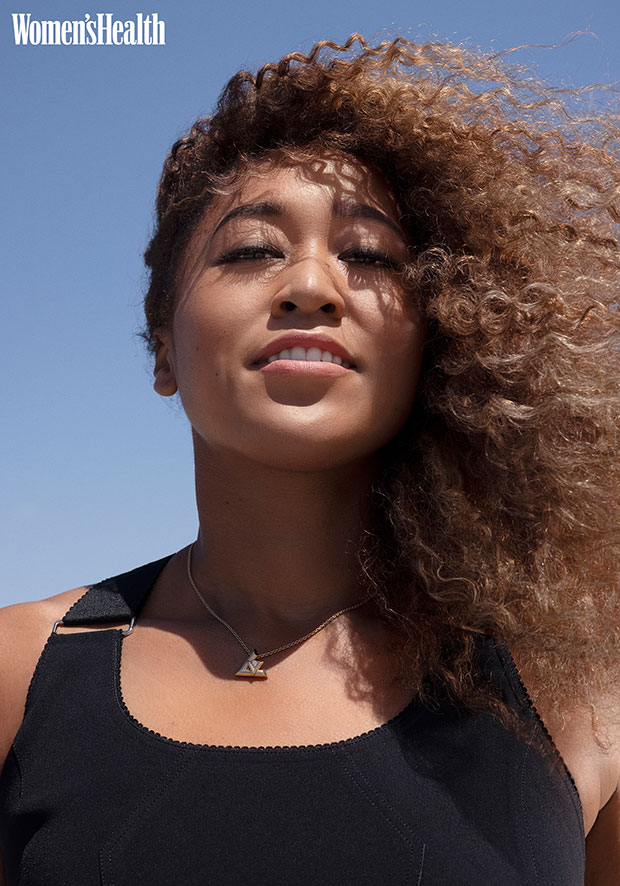 “Now more than ever, I see that you can be more than just one thing. More than just someone who plays tennis,” she said. “The thought that a gesture, an activation, a program can impact and change a life, that’s really powerful to me. Of all the things I do, I find that when I am doing my best to help others, it’s most fulfilling.” 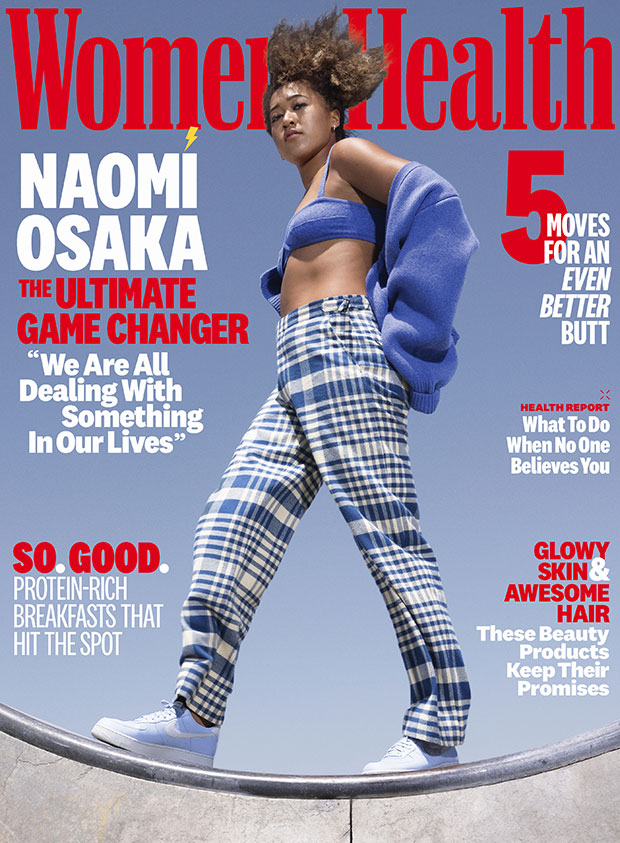 In May, Naomi became the highest-profile athlete to discuss sports’ impact on mental health when she withdrew from the French Open. “I think now the best thing for the tournament, the other players, and my well-being is that I withdraw so that everyone can get back to focusing on the tennis going on in Paris,” she wrote in a statement. “I never wanted to be a distraction and I accept that my timing was not ideal and my message could have been clearer.” She also explained that she’s dealt with long bouts of depression since the 2018 US Open, and she’s “had a really hard time coping with that.”

Her decision was greeted with support from Serena Williams. “I feel like I wish I could give her a hug because I know what it’s like. Like I said, I’ve been in those positions,” she said. Since then, other athletes – like Simone Biles – have been open with their own struggles.