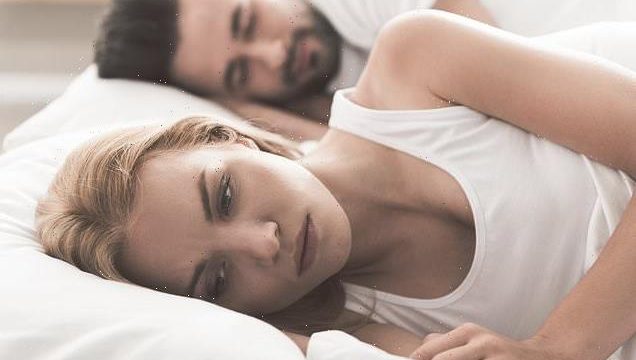 A mother whose marriage is lacking passion has revealed that she’s thinking about leaving her husband after developing feelings for a close female friend.

Posting on UK-based forum Mumsnet, the mother-of-two explained that she’s ‘terrified’ about her sexuality after becoming unable to ‘function’ without her close female friend who she has fallen in love with.

She said ‘something is missing emotionally’ in her marriage and her children would be devastated if she left their dad but she’s starting to consider that she may have always been gay.

Responses to the post were divided as many warned that she shouldn’t leave her family for a crush that might fizzle out, while others encouraged her to take time being single and explore her sexuality.

The mother claimed she loves her husband and hasn’t acted on her feelings for her female friend but believes that she will be ‘heartbroken’ whether she stays in her marriage or not.

She wrote: ‘I’m petrified. I’ve fallen head over heels in love with a close friend. Neither of us have been with a woman before.

‘We cut all contact as soon as we realised how we felt, nothing physical happened of course as we are both married.

‘Three months later and I’m so upset without her, it’s like I can’t function.

‘She’s messaged me today saying she has decided to end her marriage, he is leaving next month, no expectations but she wanted me to be aware of the situation.

‘My children are younger than hers and would be devastated if me and their dad split. 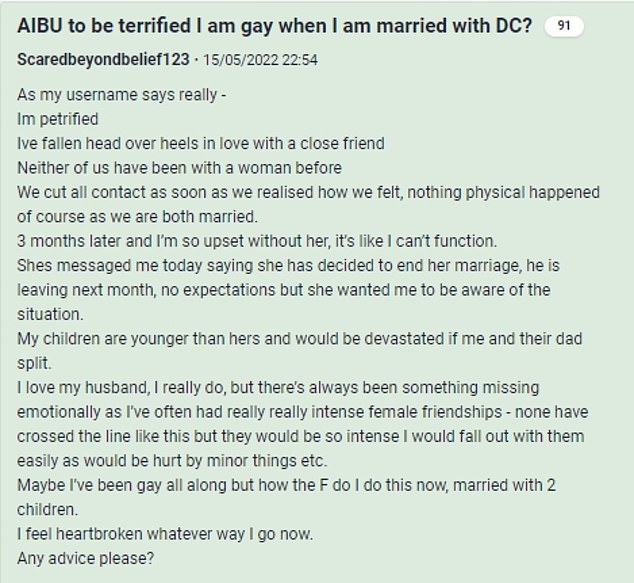 Posting on Mumsnet, the mother-of-two said her marriage is lacking passion and she feels unable to ‘function’ without her female friend

‘I love my husband, I really do, but there’s always been something missing emotionally as I’ve often had really really intense female friendships – none have crossed the line like this but they would be so intense I would fall out with them easily as would be hurt by minor things etc.

‘Maybe I’ve been gay all along but how the f*** do I do this now, married with 2 children. I feel heartbroken whatever way I go now. Any advice please?’

The mother added that she thought staying away from her friend would be best for her children but she ‘loves her for no reason’.

A stream of responses to the thread advised the mother to work on her marriage, and not to make a rash decision based on the first rush of love.

One person wrote: ‘If you had fallen for a male friend the replies would be different, but I don’t think they should be. I never recommend or support leaving a spouse for someone else. Because the someone else is fantasy not reality.

The majority of commenters urged the woman to work on her marriage with her husband, and said that the lack of passion could make her feelings for her female friend seem more intense

‘The drudgery that comes from leading a normal life with someone is over looked in the first flush of lust. If you are not happy for any reason then leave the relationship like the other woman in the situation has done. She has left without knowing if you two have a future.’

Aother added: ‘As you still love your husband, I would try to make your marriage work and hope the infatuation passes, as breaking up your family is a huge decision. You sound like you are more likely bisexual, or it’s simply more about the person rather than their gender.

‘It’s not uncommon to develop feeling for someone else. When it happened to me I simply avoided them and it did pass. Of course this friend seems more exciting and sexually appealing than your husband as he is comfortable and familiar. But that’s not a bad thing. 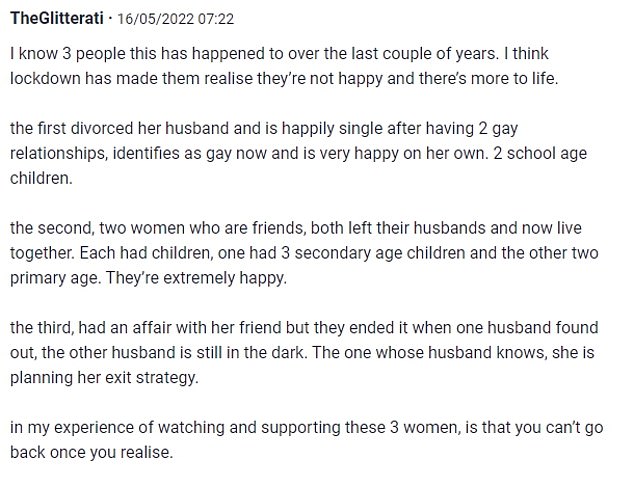 Others were more supportive and said that a lot of women are now reconsidering their marriage, especially after lockdown

‘Give it some time and accept this is a part of you. If it doesn’t pass or eventually intensifies then you’ll have to reconsider but for now at least try to get past it and make it work with your husband.’

Another said: ‘I know you may be in pain over this at the moment, but how well do you really know this woman? Many relationships, be they straight, gay or anything else, start out as passionate physical attraction and perceived emotional compatibility but fizzle out when it comes to actually putting something practical together.

‘In this case you could be risking losing what has worked for you for a long time and ending up with nothing. All I’m saying is think very carefully before you do anything drastic.’ 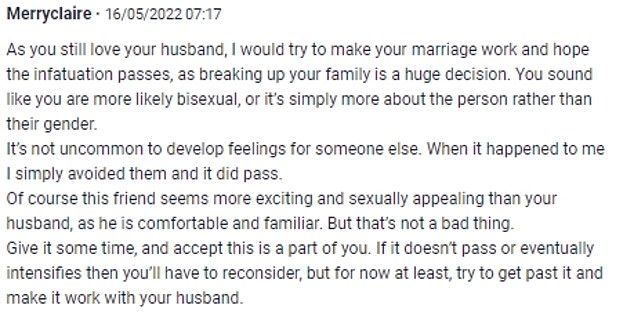 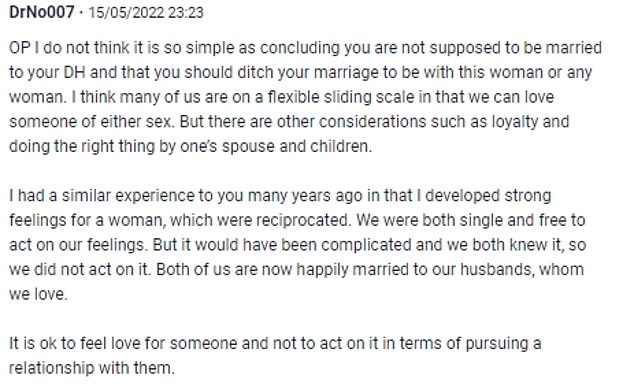 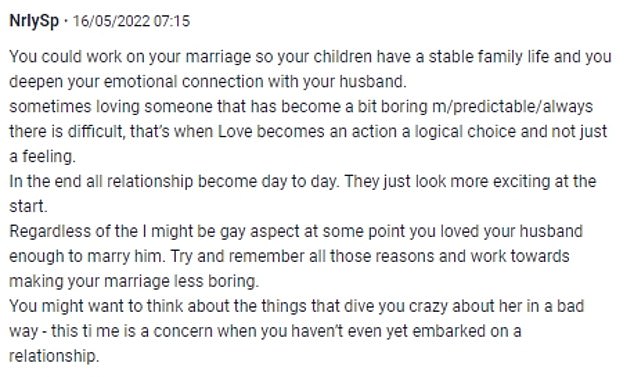 However, a few said she should leave her marriage if she is unhappy,  after being through a similar experience.

She said: ‘I fell in love with my work colleague. We were work colleagues for 10 years. We did lots together outside work as my then husband wouldn’t do anything with me, like go to the theatre, attend weddings so I’d take her with me.

‘We’ve been together for nine years. Married for seven. Known each other for 20. I love her more than I’ve ever loved anyone. We are incredibly happy and our relationship is solid. It’s the scariest, but by far the best decision I ever made. I thought about it for about a year before I did anything about it but had feelings for her long before that.’

Another added: ‘A lot of women are now starting to realise the same as you. These feelings are natural; given you do have to think of the kids, they would want their mom to be happy long term.’

And a fellow commetner said she knows three people who have left their husbands for other women recently.

‘My experience of watching and supporting these three women, is that you can’t go back once you realise,’ she said.

‘Ignore all this rubbish about working on your marriage,’ another added. ‘Too many women here do not have your best interests at heart and are homophobic. You need to figure out first if you are a lesbian. If you are, staying in your marriage is not fair on either you or your husband.’