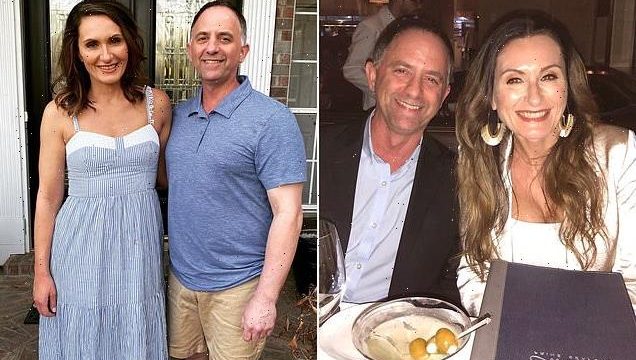 Mother-of-three, 45, who wanted breast implants to perk up her ‘pitiful’ boobs reveals they made her so ill she thought she was DYING

A mother-of-three has revealed how her breast implants made her so ill she feared for her life and was rushed to hospital twice believing she was having a heart attack.

However immediately after surgery, Robin began feeling unwell and she struggled with dozens of mysterious symptoms including fatigue, hair loss and brain fog for 13 years after getting breast implants in 2008.

She was only diagnosed with Breast Implant Illness (BII) 13 years later and had her implants removed, revealing: ‘Within 24 hours of having them removed I felt better…They’re back to my original size and I’m so happy with them how they look now. They look better than with the implants in.’ 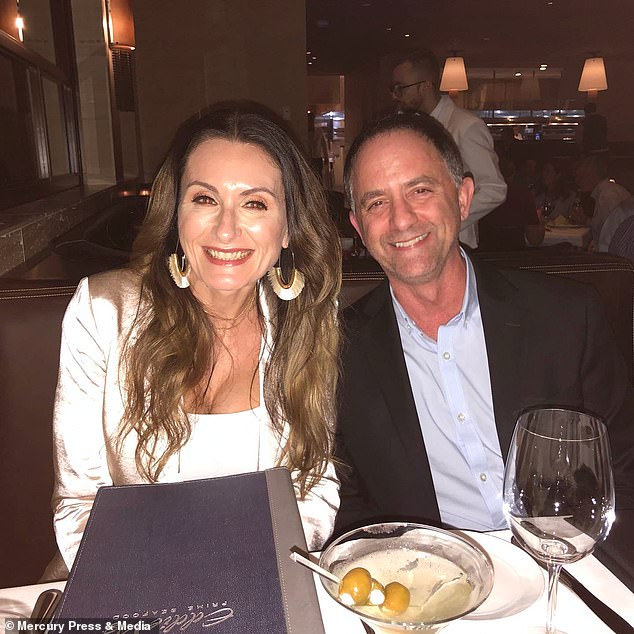 Robin Eldridge Dayer, 45, from Conway, Arkansas, struggled with dozens of mysterious symptoms for 13 years after getting breast implants in 2008, and was only diagnosed with Breast Implant Illness (BII) 13 years later (Pictured: Nicolas and her husband James when she still had her breast implants)

The fitness instructor explained she was tempted to get breast implants after becoming a mother.

She said: ‘My boobs were pitiful because I’d nursed three children.

‘It was a different time in 2008 and that’s what people did. All my mum’s friends had their babies then went and got their boobs back.

Almost immediately after having the implants, Robin went onto develop over 20 symptoms including fatigue, hair loss, numb hands and feet, brain fog, weight loss and loss of balance. 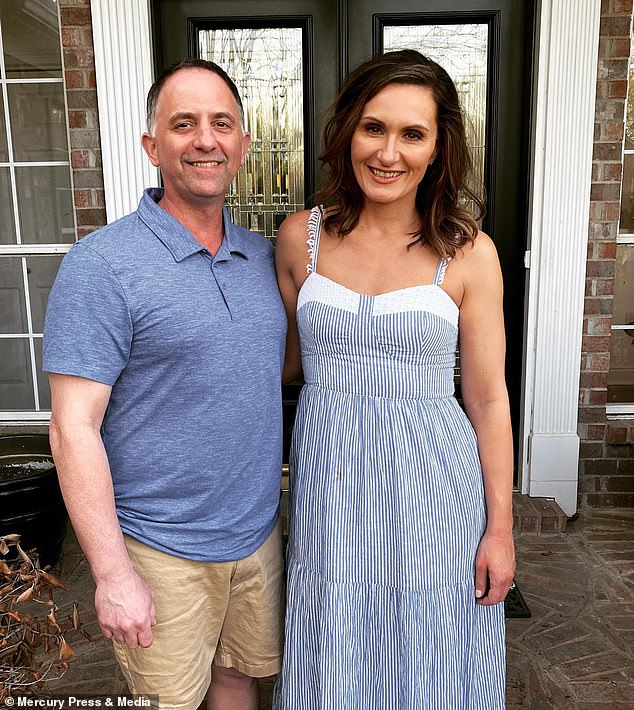 When the saline implants were replaced with silicone implants in 2019, bringing her cup size to a 34D, Robin’s health started to deteriorate.

She said: ‘In 2019 I went to my surgeon because the 2008 implants have a lifespan and he recommended silicone implants. That’s when the trouble really started.’

‘My energy levels were so low I couldn’t even press down on a pair of nail clippers.

‘I had such severe chest pains that I went to hospital twice thinking I was having a heart attack. I felt like I was dying.

‘I would wake up in the middle of the night once every few months feeling like I was being stabbed in the eye and then my eye would be swollen shut. 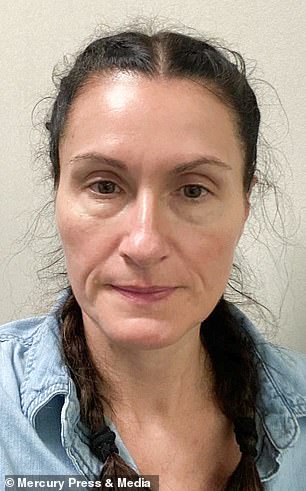 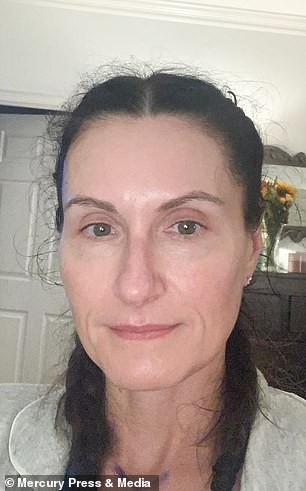 Robin said she felt she was ‘dying’ at the height of her BII symptoms, and looked perpetually tired, with bags under her eyes (left). She said removing the implants immediately made a difference and the under-eye bags were gone (right)

‘I had bags under my eyes, my hands and feet would turn purple, my brain felt like it was filled with dirt and I would vibrate internally.’

She immediately arranged a consultation with a surgeon to have the implants removed in November 2020.

She said: ‘Within 24 hours of having them removed I felt better.

‘The bags under my eyes were gone, my skin was glowing, my eyes were crystal clear, I got my balance back and all the other symptoms went.

‘My friends would say I looked like I’d been to the spa. I feel like a different woman.’

What is Breast Implant Illness?

Breast Implant Illness, or BII is a term that covers a wide range of symptoms that occur after a breast reconstructive surgery or breast augmentation surgery.

It is also referred to as Autoimmune/Inflammatory Syndrome induced by adjuvants (ASIA).

The illness can occur with any type of implants, whether silicone, saline-filled, smooth, textures, round or tear drop-shaped.

While the illness affect people in different ways, symptoms can include:

In many, but not all cases, surgery to remove the breast implants improves or completely resolves the BII symptoms.