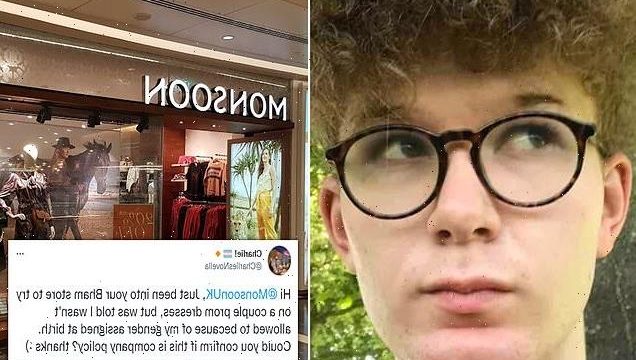 Monsoon has apologised to a non-binary shopper who was refused permission to try on prom dresses by one of their sales advisors.

Charlie Moore, 18, has been using she/they pronouns since coming out to their family as non-binary four years ago and is currently saving for gender-affirming hormone therapy.

The student explained that they picked out a selection of dresses to try at Monsoon in Birmingham while shopping with a friend, however they were left embarrassed when a staff member asked them to wait for their friend outside claiming that ‘males aren’t allowed to try our clothes on’.

Charlie said their friend doesn’t identify as female but was allowed to try on the prom dresses because they seem ‘more feminine’.

Despite having been made to feel comfortable in other stores Charlie admitted the ‘hurtful’ experience in Monsoon made them abruptly end their shopping trip.

Monsoon has apologised to Charlie after their tweet about the incident went viral with almost 4,000 likes. 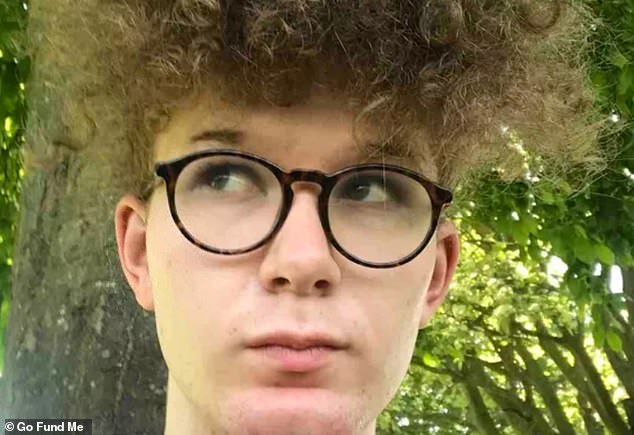 Charlie Moore, 18, (pictured) has gone viral on Twitter after revealing they were turned away from a Monsoon store in Birmingham

Posting on Twitter, Charlie explained that they were turned away from the store because of the gender they were assigned at birth 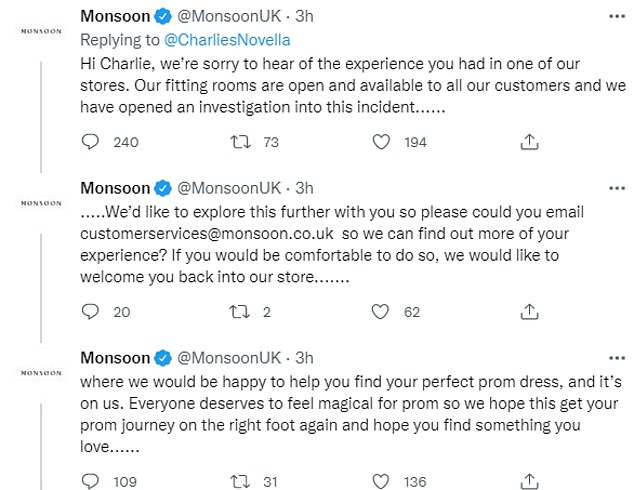 Charlie, who is hoping to fundraise £1,200 for gender-affirming hormone therapy, told Birmingham Live stores should be clear if they have a policy about who can and can’t try on their clothes and consider the relevancy in the 21st century.

‘It would be daft to assume it doesn’t take a person any amount of courage to walk into a shop like that and try on a dress if they are typically male-aligning.

‘So to be told A) no and b) you’re not welcome here, that’s a lot of built-up courage that is immediately knocked down. Also, it’s very embarrassing. I felt humiliated and like I wasn’t welcome or wanted,’ Charlie said.

Charlie took to Twitter explaining the situation to their followers and tagging Monsoon in their post to get a response from a customer service agent.

Charlie wrote: ‘Hi @MonsoonUK, Just been into your Bham store to try on a couple prom dresses, but was told I wasn’t allowed to because of my gender assigned at birth. Could you confirm if this is company policy? thanks :)’

Monsoon responded to the tweet apologising for the incident and promising to investigate further. The brand followed up saying: ‘If you would be comfortable to do so, we would like to welcome you back into our store where we would be happy to help you find your perfect prom dress and it’s on us.

‘Everyone deserves to feel magical for prom so we hope this gets your prom journey on the right foot again and hope you find something you love.’

A stream of responses to Charlie’s original tweet urged them to take legal action and apologised for their experience. 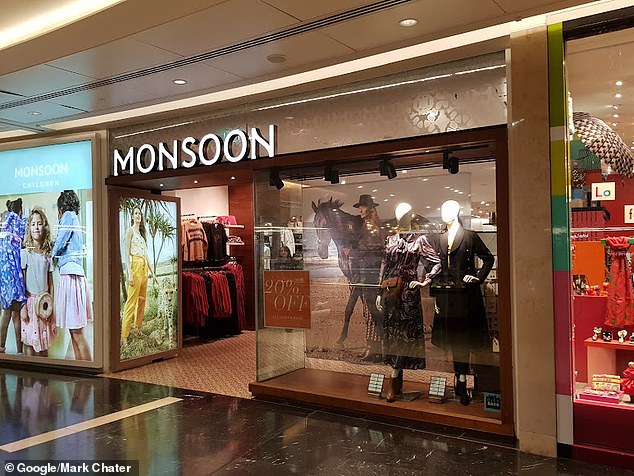 One person wrote: ‘I’m so sorry this happened to you. So sorry, go find your beautiful dress elsewhere… maybe we all should. Take care and I hope you find your answers and please post them so the world can see.’

Another said: ‘That’s beyond appalling. Regardless of your sex/gender, they shouldn’t be policing what you choose to wear for a start. I hope you are not too disturbed by this – and I’d absolutely look into legal action as this is complete discrimination surely.’

A third added: ‘Surely anyone should be able to try on what they like? Awful’

However, others admitted they support the sales advisor’s decision and argued the changing room should be only for biological women.

‘Thank you @MonsoonUK for trying to preserve safe women only changing areas. My young daughter will be increasingly spending obscene amount of money on fashion in the coming years. Nice to know that women’s wishes are being respected,’ one wrote.

A third added: ‘I think that you have every right to wear what you want and identify how you want. But the issues of whether biological males should be able to access all women-only spaces is complication and no one should pretend otherwise.’