Missouri is on track to become the Napa Valley of the Midwest. FOX Business’ Grady Trimble on the state’s booming wine making industry.

Missouri might be no match for Napa Valley yet, but its trajectory of growth is putting it on course to be.

The state is already known for its beer, home to the headquarters of Anheuser-Busch, but one developer thinks it has potential to be just as popular for wine.

NY RESTAURANT FORCED TO CLOSE ALL LOCATIONS DUE TO WORKER SHORTAGE

David and Jerri Hoffman, founders of Hoffman Family of Companies, are looking at a $100 million vision to turn Missouri’s relatively small wine country into a destination – 45 minutes outside of St. Louis, in Augusta – that could rival Napa Valley.

The couple has already purchased six existing vineyards and nearly 700 acres in land. In addition to developing a nationwide brand, the Missouri natives are planning to incorporate a 5-star hotel and spa, a 12-hole world champion golf course designed by Reese Jones and a restaurant to the property, equipped with paddle boats, steamboat tours and day cruises along the Missouri River.

"We’re pretty excited about what’s going on and how quickly we’ve been able to assemble these vineyards," Hoffman told FOX Business’s Grady Trimble. "We think that the people locally have responded very well, and we see an opportunity to consolidate the vineyards and to produce our grapes and distribute those nationally."

It’s one of the many areas in the Midwest tapping into the state’s rich wine culture to generate tourism and elevate brand awareness.

"It might surprise you to hear that Missouri already has a rich history of making wine all the way back to the 1800s," Trimble said in Mornings with Maria. "In this area alone there are about a dozen wineries, and these folks have purchased seven vineyards in the area."

Contrary to conventional knowledge about the Midwest, Augusta became the first designated American Viticultural Area (AVA) in the United States in 1980. Its history in wine dates back to the 1800s pre-prohibition area.

While people in the area worry the project is too commercial, others see it as way boon to jobs and the state’s reputation as a wine producer. 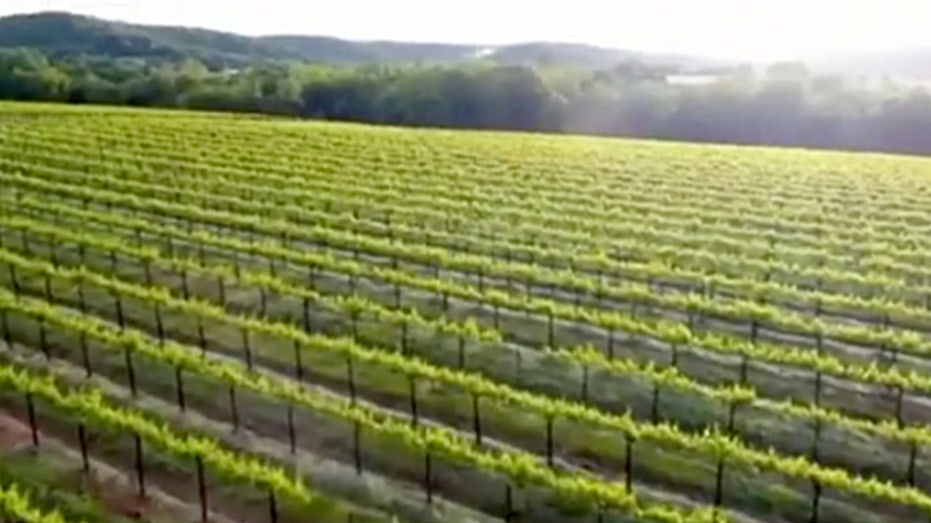 "The hometown area is quite beautiful already, but we are putting some fine tuning to it," Jerri Hoffman said. "We’re going to enhance it, make it beautiful, make it a place that can accommodate people from around the country and hopefully around the world."

It’s not the first time that the Hoffmans have turned communities into popular tourism hubs. Their resume in redeveloping and owning properties across the country extends to Avon, the base of Colorado’s Beaver Creek Ski Resort, Old Naples 5th Avenue & Third Street District in Florida, as well as Winnetka, Illinois.

In their latest endeavor, the Midwest can finally catch a buzz off its burgeoning wine industry.