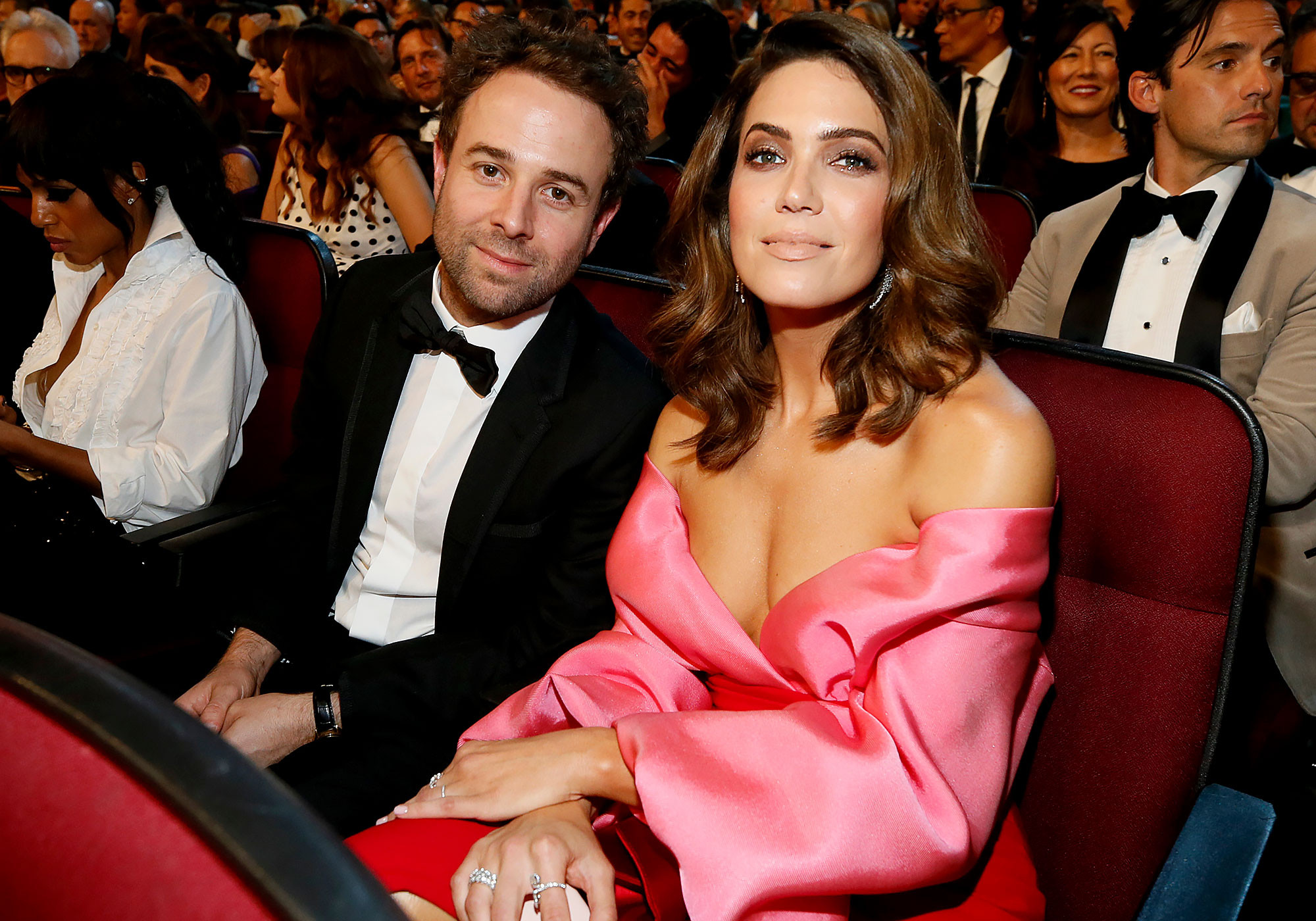 Can’t help but compare! Mandy Moore noticed that her husband, Taylor Goldsmith, made parenting look “easy” when their son, Gus, arrived in February.

“Once that initial wave of new-parent euphoria sort of wore off, when the chaos of those early weeks started to wane and the extra support we had in the beginning started tapering off, the reality of being Mom was suddenly front and center. It was scary,” the This Is Us star, 37, told Parents magazine on Tuesday, November 2. “Like, ‘Oh, wow. Now the onus is on me. Do I know what I’m doing?’ And I watched my husband effortlessly step into it.”

The actress recalled that the Dawes frontman, 36, could “get Gus to go to sleep” and “to laugh,” while she felt “clumsy and awkward.”

Moore explained, “I felt a lot of shame and a lot of guilt. But friends told me, ‘Find some grace and patience for yourself, and know that all of this is new.’ Suddenly, we glided into a new phase and Gus preferred me to my husband. And it’s going to change again. It’s a roller-coaster.”

Despite the help from her friends, the New Hampshire native initially struggled to figure out how to include them in her postpartum journey.

“There’s so much emphasis on pregnancy, then the baby comes, and it’s suddenly all about the baby, and you just figure it out. I honestly felt a little forgotten and lost,” the Princess Diaries star told the magazine. “I guess I expected friendships to be maintained. When you have a child, the world as you know it shifts in such a profound way, and for the most part everyone was waiting when I came up for air. But I’ve also found that some friendships have seasons. So it’s become important for me to reach out to new friends on social media.”

In August, the “Stupid Cupid” singer had her first solo parenting experience with her baby boy while Goldsmith was on tour. “It can be overwhelming but I’m so grateful that I got to have him all to myself,” she wrote via Instagram at the time. “So lucky to be your mom, Goose. Even while teething and clearly in pain, this little man is just the best.”